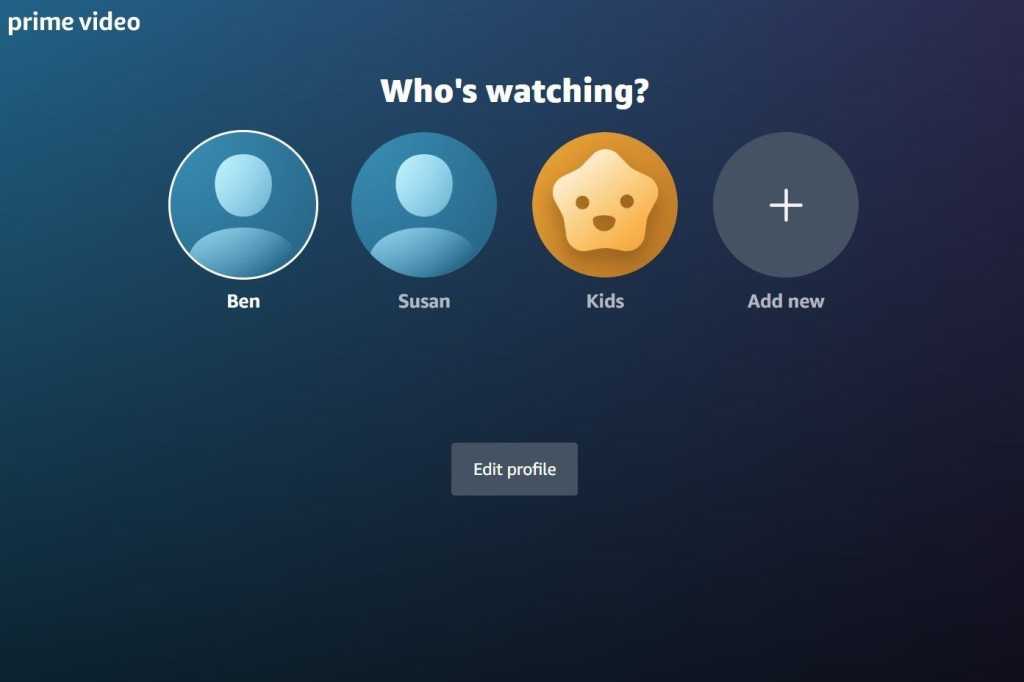 Following a limited rollout in India and other territories earlier this year, Amazon Prime Video users in the U.S. and other regions can finally create separate profiles for up to six viewers.

A new “profile picker” now appears in the upper-right corner of the Amazon Prime Video web interface, allowing you to create up to six viewer profiles, including a “default” profile and five additional ones.

Amazon Prime Video profiles are also coming to iOS and Android devices, as well as on 10th-generation or newer Fire tablets. On an iPad, for example, you can switch profiles by tapping the My Stuff button at the bottom of the interface and then tapping the profile picker in the top-left corner.

The Prime Video app on Fire TV sets and devices will be getting user profiles as well, along with “select” living room devices such as the PlayStation 4. An Amazon rep told TechHive that Prime Video profiles will soon arrive on “new devices.”

Amazon Prime Video profiles first popped up in March for users in India and territories in Asia and Africa.

With today’s rollout, users in all regions with access to Amazon Prime Video (that’s more than more than 200 countries) will be able to create user profiles, although an Amazon spokesperson noted that not all users will see the profile picker immediately.

Each Prime Video profile will offer “separate recommendations, watch history, season progress and watch list based on individual profile activity.” In other words, you won’t see any more Dora the Explorer episodes in your “Watch Next” list if your kids have been binge-watching it on Prime.

Speaking of kids, you can also create a Prime Video kids profile that shows only TV shows and movies with a maturity rating of 12 years old and under. Purchases are also disabled within a kids profile.

Amazon is late to the party when it comes to user profiles for Prime Video. Both Netflix and Hulu have long offered viewer profiles, with Netflix supporting up to five profiles while Hulu lets you have up to six. Netflix also allows you to set an avatar for a profile, an option that Prime Video profiles lack for now.