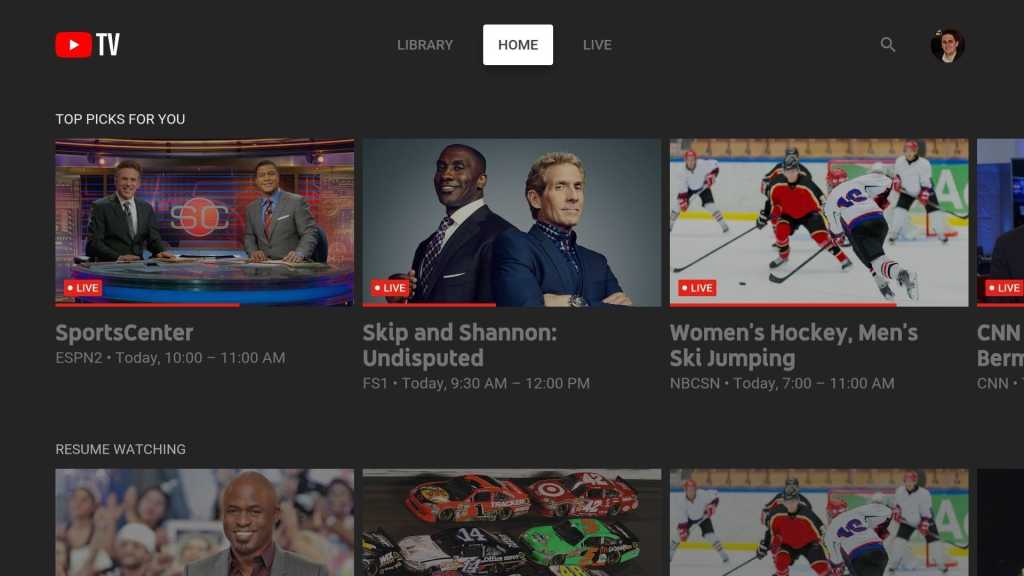 On Tuesday, YouTube TV announced a major price hike for its live TV streaming service—our current top pick in its class—from $50 per month to $65 per month. The new pricing takes effect immediately for new subscribers, and for existing ones after July 30.

Just a day later, rival service FuboTV announced its own cost increases. Fubo’s base price will rise to $60 on August 1, and its “Family” plan, which includes a third simultaneous stream and more DVR storage, will jump to $65, a $5-per-month increase in both cases. Even worse, FuboTV is also forcing current customers onto pricier Family plans without permission, so they’ll need to manually downgrade to get the lower base price.

There’s no sugarcoating the news here: These changes are bad for cord-cutters who’ve tried to replace their expensive, bloated cable packages with cheaper streaming ones. And Fubo’s upgrade tactics are especially egregious, echoing the sneakiness we’re used to from cable companies. While both services are adding more channels to compensate for their price hikes, those additions aren’t optional, and the dream of having cheaper, more flexible TV packages continues to slip away.

So what can you do about it? Let’s take a closer look.

Before we get into alternatives, let’s go over how YouTube TV and FuboTV are changing their lineups alongside the price hikes.

As for FuboTV, it made a deal with Disney last week that will bring ESPN and many more channels to its lineup, but it’s also dropping channels owned by WarnerMedia:

Why are customers being forced to accept these changes and the higher prices that go with them? To maximize profits, major media companies require TV providers to package all their popular channels together, with no ability to break them out into separate price tiers or add-ons. While providers such as YouTube TV would like to offer more flexibility, TV networks won’t allow it.

To make matters worse, several of these companies have merged in recent years, giving them even more leverage to raise prices and bundle unwanted channels. That means YouTube TV may no longer be able to exclude Viacom channels if it still wants to offer CBS. This is the same issue that’s plagued cable for years, but it’s being made worse by further industry consolidation.

Once again I’ll remind you that cord-cutting is not magic. While I wish there was some way to pick from a lineup of channels on an a la carte basis, that idea has always been a fantasy. The best you can do is make some tough choices about what’s really worth keeping.

With that in mind, here are your options:

AT&T TV Now: In a truly unexpected plot twist, AT&T TV Now has become one of the best values in live TV streaming. For $55 per month, AT&T’s “Plus” bundle includes the four biggest broadcast networks, all the major cable news channels, national sports from ESPN and FS1, and a smattering of entertainment channels. It even includes a fully-functional cloud DVR with 500 hours of storage. (Just don’t get it confused with AT&T TV, a separate service that costs more and comes with long-term contracts.)

The lineup is less extensive than YouTube TV and FuboTV, though. Discovery-owned channels such as HGTV and Food Network are absent, and regional sports (if they ever return) require AT&T’s $80 “Max” plan, which also includes HBO Max. The lack of visual preview while fast forwarding on AT&T’s Fire TV and Apple TV apps is also a downside, as it makes skipping commercials harder.

Hulu + Live TV: Now tied with AT&T TV Now as the cheapest streaming bundle with local channels, news, and sports, Hulu + Live TV is still a decent deal. For $55 per month, it offers many of the same channels as YouTube TV (plus better regional sports coverage), and it also includes Hulu’s on-demand service at no extra cost.

But unlike YouTube TV, Hulu + Live TV doesn’t carry AMC channels, and it lacks all the Viacom channels YouTube TV just added. (There’s also no guarantee that Hulu won’t have to add those channels in the future, leading to further price hikes.) Worst of all, Hulu charges an extra $10 per month for the ability to skip advertisements in DVR recordings. That brings you right back to the same price YouTube TV charges now.

Sling TV: Unlike most other bundles, Sling TV doesn’t include full local channel coverage in its $30-per-month packages. The expectation is that you’ll get those locals with an antenna, and perhaps stream them into Sling’s app using an AirTV networked tuner box. To sweeten the deal, Sling says it will lock in prices until at least August 2021 for those who sign up this month.

If antenna coverage isn’t an issue, the question is whether you can get by with Sling’s “Orange” or “Blue” base packages, which on their own have smaller lineups than other bundles. You can combine those base packages for $45 per month, and Sling offers add-on channel packs for $5 per month each, but too many extras will put you back in the same range as YouTube TV and FuboTV.

Philo: Given that it has no local stations, no live sports, and no major cable news networks, Philo isn’t really a direct YouTube TV or FuboTV replacement. But for $20 per month, it’s the cheapest way to get a large number of entertainment channels owned by AMC, A&E, Discovery, and Viacom. Paired with an antenna, it could replace a sizable chunk of what bigger bundles offer for a lot less.

To see how all of these options compare, you can also head to our live TV streaming services guide, which has charts comparing all the current lineups.

Back to cable: Streaming services such as YouTube TV still have a wide price advantage over the average pay TV bill, which is $110 per month according to Leichtman Research Group. But while it pains me to say it, cable TV could be cheaper if you stick with smaller packages and minimize rental fees.

Comcast, for instance, charges $133.70 per month off-contract for 125 channels and 200Mbps internet, including broadcast TV and regional sports fees. (The actual cost may be higher due to franchise fees and taxes.) For100 Mbps internet alone, Comcast charges $78 per month, so you could come out ahead with cable if you use Comcast’s streaming apps instead of leasing cable boxes. Similarly, Spectrum charges $126.50 per month (including broadcast TV fees) for 400Mbps internet and its “Select TV” package, and it has apps for Roku, Apple TV, Samsung TV, and Xbox One that you can use instead of a cable box.

Abandon the bundle: If you really want to save money, consider joining the millions of cord-cutters who’ve gone bundle-free. You won’t get specific cable channels this way, but you’ll still have plenty to watch at a fraction of the cost.

Services like Netflix, Amazon Prime, and Hulu’s on-demand plan offer vast catalogs of movies and shows, and you can watch plenty of ad-supported services for free. There are lots of ways to watch the news without a TV bundle as well, and you may be able to use an antenna for local stations. While you’d still need a TV bundle for some major sporting events, none of the big leagues are playing right now anyway.

With sports off the air, and the cost of live TV still going up, now’s the perfect time to experiment with an entirely different kind of cord-cutting. If enough people do, it might even send a message to TV networks that their endless price hikes and mandatory bundling have finally gone too far.