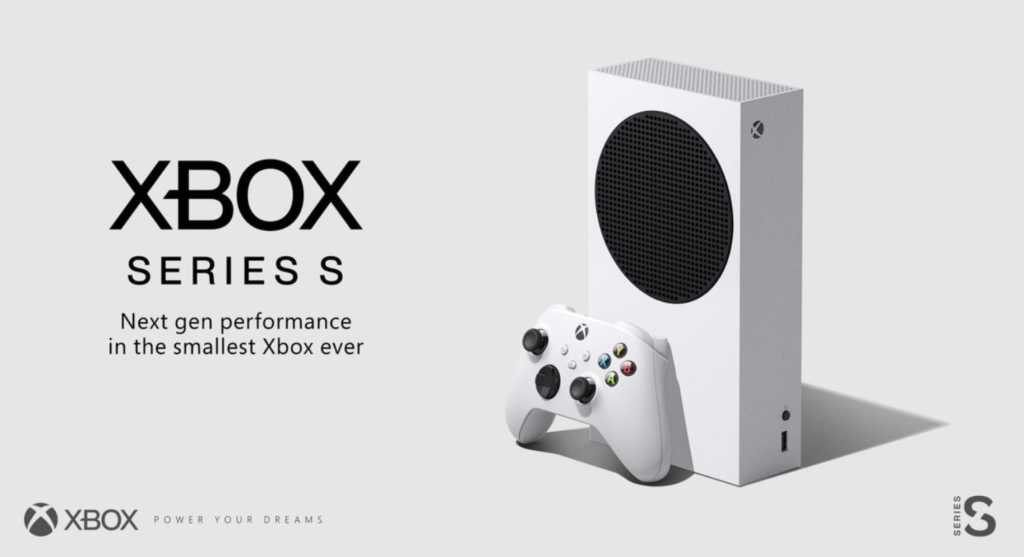 That Microsoft should have a second version of the Xbox Series X is no surprise; Microsoft released an Xbox One S, and on Tuesday Microsoft confirmed that the Xbox Series S is real, and priced at $299. News of the cheaper console has been slowly leaking out, so let’s talk about what we know, what we don’t, and what’s likely.

When will we see the Xbox Series S (Lockhart)?

Microsoft is expected to roll out both the Xbox Series X and the Xbox Series S (Lockhart) in time for the 2020 holiday shopping season. Windows Central reports that it will launch on Nov. 10.

Everyone tends to gloss over the fact that the coronavirus pandemic has impacted Microsoft just as much as its customers. Microsoft’s launch of its Surface Book 3 was delayed because of supply issues, and it’s likely that the Xbox Series S has been affected to some extent as well. Heck, Lockhart’s existence was even in doubt: a year ago, Thurrott.com’s Brad Sams was reporting that Lockhart’s existence was ”scrubbed clean,” but now Lockhart references are showing up in Microsoft’s developer documentation.

We also know now what the Xbox Series S will look like.

How fast is the Xbox Series S?

According to Microsoft, the Xbox Series X will include an 8-core, 16-thread version of AMD’s Ryzen CPU, running at a locked clock speed. It will run at at 3.8GHz if a game uses just the CPU’s eight physical cores, or 3.66GHz if developers tap its 16 threads. According to Microsoft’s Phil Spencer, the head of its Xbox division, that translates to 12 teraflops of computing power.

That will translate into 4 teraflops of performance for the Series S (Lockhart), and 12 teraflops for the Series X. Essentially, the Xbox Series X will have a 3.8GHz 8-core CPU, 16GB of GDDR6 memory, and a 1TB internal hard drive. The Series S will presumably have… less?

Oh, and yes, raytracing is confirmed!

What will that mean in the real world?

Microsoft’s Xbox One X was designed as a console for 4K TVs, while the One S was optimized for more conventional 1080p displays. It seems likely that those tiers will continue—except that Microsoft has already told Eurogamer that the Series X will support 8K displays. Presumably, that means that 4K displays will be reserved for the Series S, or Lockhart.

Specialized Xbox Series X features, such as its support for 120Hz displays, will carry over to the Xbox Series S console, a Microsoft Xbox Series S commercial has confirmed, as will variable rate shading. VRS lets a developer “cheat” by putting less graphical detail in areas where players aren’t expected to look. Ray tracing, on the other hand, models the transmission of individual photons, and has been showcased on an version of Microsoft’s Minecraft for the PC. Excluding ray tracing from Microsoft’s cheaper upcoming console would have been a stunning disappointment.

Microsoft has announced an ”Optimized for Xbox Series X” program, a badge that indicates that a game is designed to hit Microsoft’s target of 60 frames per second at 4K resolution.

But Microsoft is kind of making a mess of things, too. Consider how the Xbox Series S won’t be able to run Xbox One X Enhanced games — the enhancements made to the current One X.

“Xbox Series S was designed to be the most affordable next generation console and play next generation games at 1440P at 60fps,” a Microsoft spokesperson told IGN. “To deliver the highest quality backwards compatible experience consistent with the developer’s original intent, the Xbox Series S runs the Xbox One S version of backward compatible games while applying improved texture filtering, higher and more consistent frame rates, faster load times and Auto HDR.”

What about Xbox One S storage?

Microsoft’s next-gen Xbox One X will come stock with a blazing-fast 1TB NVMe solid-state drive, with the ability to double that via a proprietary expansion slot that will bump up the total system price. The Seagate Storage Expansion Card for Xbox Series X will essentially serve as a sort of a virtual memory, Microsoft has said, cutting load times dramatically. There will also be USB 3.2 interface for more conventional external hard drives, according to Eurogamer.

We absolutely don’t know, however, if the Xbox One S (Lockhart) will include any of these improvements, though it will apparently include a 512GB SSD. The  Microsoft commercial referred to above, however, seems to imply that there will just be an SSD and no external storage interface.

Both the Xbox One S and the Xbox One X also included a 4K UHD Blu-ray drive for disc playback and game loading. The One X included a 1TB hard drive, while the One S included just 500GB (it was later upgraded to 1TB).

Microsoft also launched a $250 Xbox One S Digital Edition without a disc drive, in an attempt to shave off $50 from the Xbox One S price and push Microsoft’s digital storefront at the same time. The Xbox One S has since been discontinued, leading one to wonder if it’s a product concept Microsoft will extend into the Series S era. If the Xbox Series X is exorbitantly pricey, a Digital Edition might be a way to save a few dollars for all concerned.

Windows Central, however, reported in September that its sources say that there’s no optical drive at all in the Xbox Series S. The leaked commercial also refers to an “all-digital experience”. We’d say that you shouldn’t expect an optical drive, at all.

Is the Xbox One S good for streaming?

Absolutely. Both the Xbox One, One S, and One X can run apps like Netflix, HBO Max, or Amazon Prime without issue, and at full resolution. We’d certainly expect that to carry over to the Xbox One S as well.

One opportunity that Microsoft has irretrievably lost is the opportunity for the Xbox to serve as a smart home gateway, controlling smart lighting and appliances in the home. (To be fair, Nintendo and Sony have made no efforts in this regard, either.)

How much will the Xbox One S (Lockhart) cost?

This story was updated on Sept. 16at 4:48 PM with new information from Microsoft on the Series S performance.