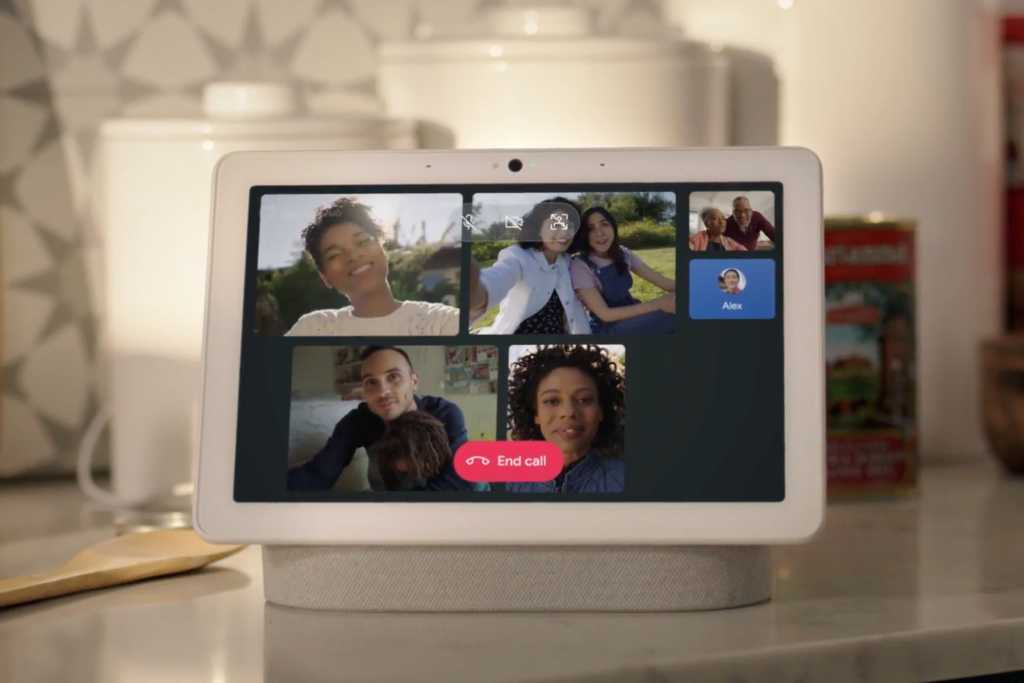 Video calling on the Google Nest Hub Max is no longer just a one-on-one deal, with Google announcing that group video calls via Google Duo and Google Meet are coming to the 10-inch smart display.

Group calling on smart displays would seem like a no-brainer, particularly while we’re all stuck at home due to the ongoing pandemic, yet it’s a feature that’s been—until now, anyway—curiously absent on the most popular displays.

Video calls on Amazon’s Echo Show displays are strictly one-to-one affairs, both for native Echo Show video calls and Skype calls, while the Google Nest Hub Max is only now getting video calls following today’s announcement. Facebook’s Portal smart displays are capable of group video calls, but only for up to eight people via Facebook Messenger or four people for WhatsApp.

Beyond setting up personal Google Meets on a Google Nest Hub Max, G Suite users will be able to hold work meetings on the display, provided that your G Suite admin joins the G Suite with Google Assistant beta program.

First announced back in January during CES, the household contacts feature lets you quickly call a friend, loved one, or another important contact by saying “Hey Google, call Ben” or by tapping the contact’s name on the display. You’ll be able to manage your household contacts by tapping a card on the home screen.