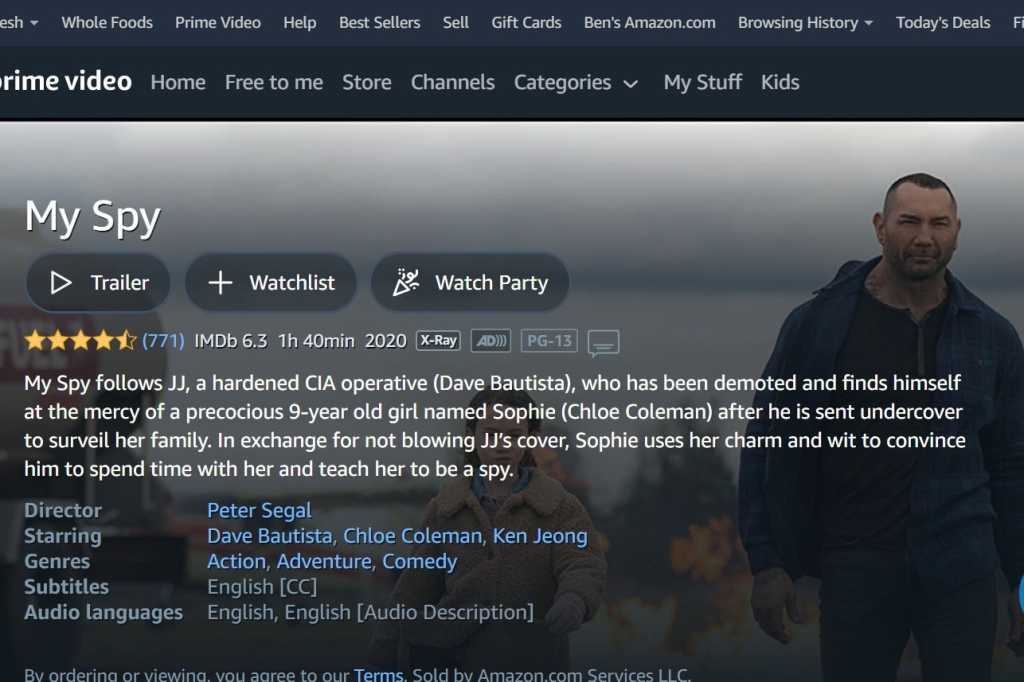 Amazon’s new Watch Party feature just went into beta, and it’s available for anyone who’s an Amazon Prime subscriber, although there are some caveats.

First, you must be a U.S. Amazon Prime member, and you must physically be in the country to start or join a watch party. Nope, there’s no word yet on when (or if) Amazon’s Watch Party feature will arrive in other territories.

Second, Watch Party only works on desktop web browsers, with the exception of Apple’s Safari browser. It would’ve been cool to launch a Watch Party in the Prime Video mobile apps for iOS and Android, or maybe even on a Fire TV device, but for now, that’s a no-go.

Last but not least, you can only watch Prime videos in a Watch Party. Of course, there are thousands of Prime videos to choose from (I’ve been meaning to finally see Knives Out, and Tales from the Loop looks pretty interesting), but you can’t watch a rental or a purchased movie in a group.

As long as you follow the rules, however, you can set up Amazon Watch Parties with up to 100 fellow Prime members, and you can chat away in a window to the right of the screen.

To start watching with friends, click the Watch Party button on the title page of a Prime video. Once you’re on the Watch Party screen, you can add friends by sharing the supplied URL. Only the person who started the Watch Party can control video playback, so if a friend needs a bathroom break, they’ll have to pipe up in chat.

The Watch Party chat window is pretty basic. There are only about a dozen emotes available, and they all feature a cuddly brown dog. Hopefully Amazon will add a little more variety before Watch Parties leave beta.

With its new Watch Party feature, Amazon joins a growing watch party club that includes Hulu and Plex, along with a variety of third-party options. When will Netflix jump on the watch party bandwagon? Guess we’ll have to wait and see.