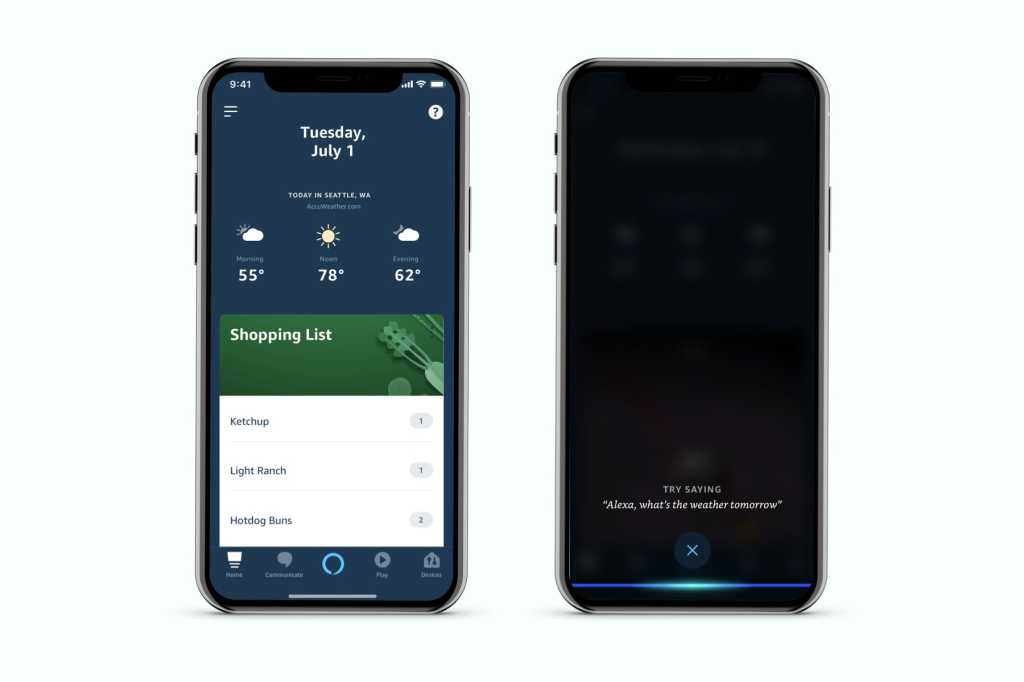 Amazon has updated the Android and iOS versions of its Alexa app to eliminate the need to push a button to summon its digital assistant. Unfortunately for Alexa users, this update doesn’t erase the convenience advantage that Google Assistant and Siri have long offered on mobile devices.

A simple utterance of “Hey Google” or “Hey Siri” will summon Google’s and Apple’s digital assistants respectively, even if your phone is locked (assuming you’ve set the appropriate permissions). With the Alexa app, not only must your smartphone be unlocked, the Alexa app must be open on its screen.

If both of those conditions are true, the new feature—rolling out now—eliminates the need to touch the Alexa button. You can simply say the Alexa wake word to set a timer, get a weather forecast, or utilize any of your other Alexa skills, including asking Samuel L. Jackson to tell you a joke (assuming you’ve purchased that 99-cent upgrade). An animated blue bar will appear at the bottom of the screen to let you know your request is being sent to the cloud.

I haven’t received the update needed to enable this feature, but I can’t say I’m excited about it. I summon Alexa on smart speakers and displays 50 or more times each week to control various aspects of my smart home (lighting, home security, HVAC system, irrigation, and more). I also use Alexa for setting timers, movie reviews, and for many other things. But when I’m out of earshot of everything other than my smartphone, it’s “Hey Google” for me.