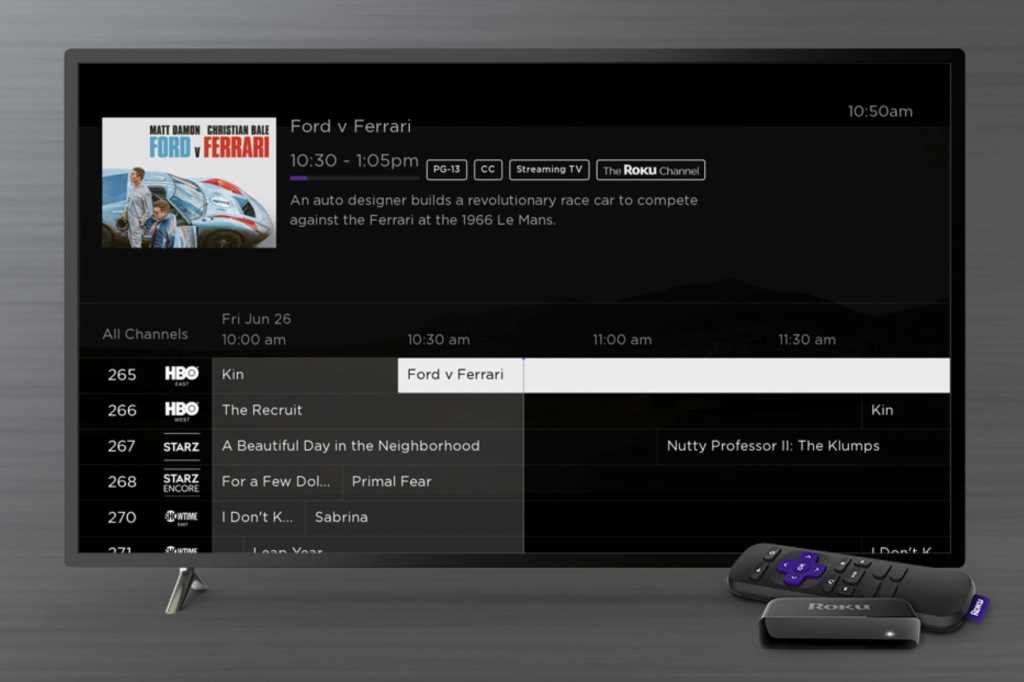 Just a month after rolling out a programming grid for its free live TV channels, Roku says it’s adding live programs from premium channels such as HBO and Showtime to the guide, along with local over-the-air channel listings.

Subscribers to HBO, Showtime, Cinemax, Starz, and Epix should now see live program listings for those channels appearing in Roku’s Live TV Channel Guide, according to a Roku rep. You’ll have to be subscribed to those premium channels through Roku’s Premium Subscriptions service to see their listings in the Roku live programming grid.

Even better, Roku users with antennas can view their local over-the-air channel listings within Roku’s live programming grid, right next to Roku’s streaming linear channels. Roku TV users can watch over-the-air channels directly through the Roku interface, while users of Roku Players will need additional hardware, such as a Tablo DVR or an AirTV.

Roku launched its new live TV programming guide, which displays up to 12 hours of upcoming programming, in early June.

You can access the guide by clicking the “Live TV” tile on The Roku Channel, or you can summon the guide at any time while watching linear TV by pressing the “left” button on the Roku remote.

The Roku Channel offers more than 100 free streaming “linear” channels, with 30 of those channels arriving alongside the rollout of the new programming guide.

Here is the current list of live channels appearing on the Roku Live TV Channel Guide: