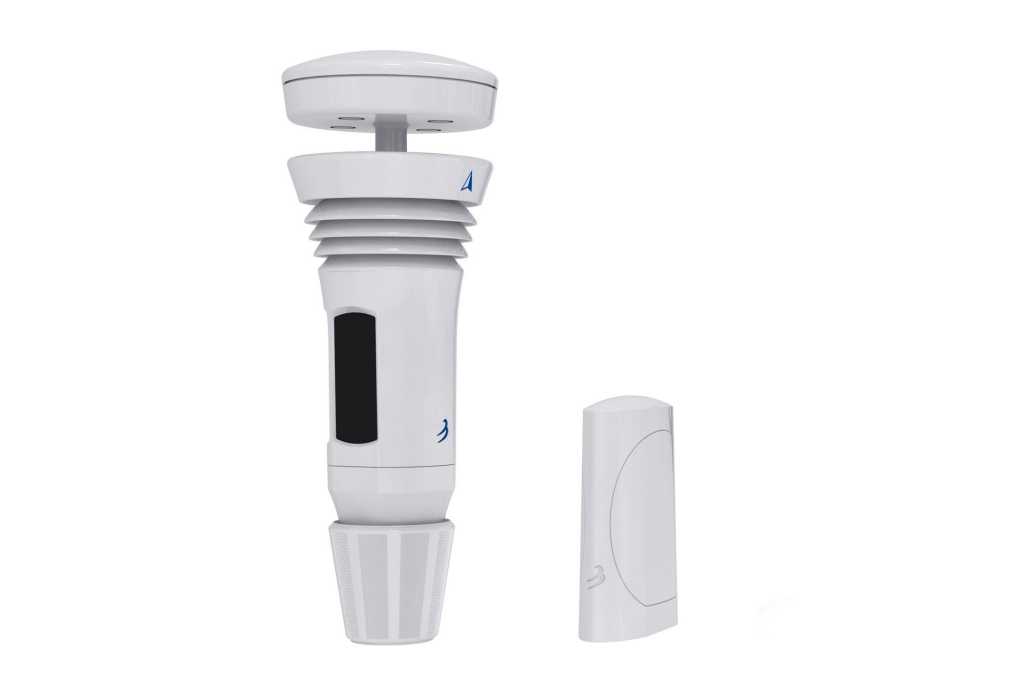 This is the best consumer-oriented weather station we’ve reviewed to date, but it’s priced accordingly.

I’ve been trying to get my hands on a WeatherFlow Tempest for years. When I first spotted the device on Indiegogo in late 2016 (that’s not a typo), it sounded like nothing else available at the time. Now that it’s finally here, there’s still nothing better. Other weather stations are complex, challenging to install, and involve large sensor suites. The Tempest houses everything in one impossibly small and easy-to-set-up enclosure.

The Tempest took much longer than expected to reach the market. WeatherFlow promised backers a station by 2017, but manufacturing issues and delays repeatedly pushed its launch back. Most of the original backers didn’t get their stations until 2018 or later. And while the company was taking preorders—most of those preorders didn’t make it into customers’ hands until this year.

What took so long? It was what was inside. While the Tempest has all the necessary measurements, such as temperature, humidity, wind, and rainfall, the instruments taking those measurements are housed in a single package that isn’t much larger than your hand—it’s tiny by weather station standards. The Tempest also measures wind and rain differently than just about any other station on the market.

This review is part of TechHive’s coverage of the best home weather stations, where you’ll find reviews of competing products, plus a buyer’s guide to the features you should consider when shopping.

Instead of using a tipping-bucket mechanism, a standard method for home weather stations for more than two decades, the Tempest measures rainfall by sensing raindrops striking the Tempest’s top. WeatherFlow has a patent on this technology.

From what I can gather, that new technology was much of the holdup: It takes time to get things right. But boy, did they. This weather station is a game-changer, and at $329, while not the cheapest, the Tempest is the best station I’ve tested.

There isn’t much to do when it comes to setup. The entire sensor suite comes preassembled, and at 7.25 inches in diameter, 12 inches in length, and weighing just 3.5 pounds, it’s surprisingly small and light. For installation, you can attach it to the top of a mast (the method I used) or screw it onto the top of just about anything using its standard tripod mount.

The package also includes a Wi-Fi base station, which the Tempest uses to connect to your home network. The entire setup process is within the app, and I had the station up and reporting data in just five minutes.

Even sensor installation was a breeze. I attached the included mast mount to the sensor suite, attached that to the top of the pole, tightened the mount as instructed, and had it outside in just 10 minutes. That’s the fastest installation of any station I’ve tested—by a significant margin. With some stations, it takes up to 30 minutes to fully install everything.

Unlike many weather stations, the Tempest does not have a console, so you don’t get the typical indoor measurements that you get with other home weather stations. (I don’t think that’s an issue as you’ve bought a weather station to follow the weather outdoors anyway.) The smartphone and web-based apps act as your console, continuously updating once every three seconds or so (you can see my data here).

But you get every weather variable you’d need and more. Temperature, humidity, wind speed and direction, and rainfall are all covered. The station also has a built-in lightning detector and a UV and light sensor that reports the UV index, brightness, and solar radiation, too.

And like you’d expect for a “smart” weather station, there are Alexa and Google Assistant integrations and the capability to connect and trigger smart home devices through IFTTT.

But its best feature is not necessarily visible to you, at least not initially. Once your station is up and reporting, your data is incorporated into WeatherFlow’s network to produce better forecasts. That’s pretty cool.

The quick installation of the Tempest starts everything off on the right foot. But poor user experience can ruin everything, and over the years, I’ve run into my share of quirks and frustrations with various weather stations.

The Tempest has none of these. The app is simple and easy to use, and everything works. Data were available in the app and through the web-based portal almost immediately, with no calibration. WeatherFlow tells me that the Tempest calibrates itself, and you shouldn’t need to mess with any sensor settings.

From watching the data roll in, it appears that observations are taken every 2 to 30 seconds, depending on the sensor. WeatherFlow didn’t have any specifics available as they still were writing the specifications and user manuals at the time of our test. We’ll update this review when final specs are released.

I couldn’t spot any inconsistencies in the data from the control data I used, which is a nearby National Weather Service observing station. Even the wind data, which is typically inaccurate due to siting issues with home weather stations, was within acceptable limits and closer to actual wind speeds than other stations, even with a sub-optimal installation location. I walked away impressed with the quality of data it put out, and how well each of its sensors performed.

The Tempest sensors appear to be of high quality. The haptic rain sensor was my biggest concern prior to testing, because the technology behind haptic rain detection is brand new and vexed WeatherFlow engineers early on.

I’m happy to report that my worry was unfounded. The haptic rain sensor works and it works well. The sensor did have detection issues in situations where there was very light drizzle or very light rain. More often than not, however, it was quick to detect precipitation.

There was a passing rain shower early on in my test, and I was surprised to receive an alert that rain was falling—because it didn’t look like it was raining. But sure enough, there were a few drops on the ground. This is great for smart home users—because all the other detection mechanisms I’ve seen rely on a tipping bucket. In a light shower, it might take a while for enough rain to tip the bucket. The Tempest detected rain within seconds.

Not only that, WeatherFlow’s haptic rain sensor can also measure the intensity of rainfall. I can only wonder if it could be upgraded down the road to detect precipitation types as well. That, however, involves costly and complicated technology. Whatever the case, I found rainfall measurements generally accurate (further testing is needed here to make a full determination), so WeatherFlow’s new method of rainfall measurement gets a thumbs up from me at the moment.

The UV and light sensors also seem to work much better than any other home weather station I’ve tested. I’ve noticed a tendency in my tests where UV and light readings seem to drop off precipitously after the sun passes below the rooflines of the houses to the right of where I place the stations. I didn’t see the same sort of drop off with this device, the measurements looked more natural. That’s an important consideration for smart home integrations, since inaccurate light readings can trigger your lights to come on too early. I’ll chalk this success up to the Tempest having much higher quality light sensors than other weather stations I’ve tested.

Temperature, humidity, and pressure readings all fell within acceptable levels, meaning they were as accurate as the best stations out there. And unlike the AcuRite Atlas, the lightning detector isn’t plagued by false strikes.

I was fortunate to have a line of thunderstorms pass through twice during my review. The performance of the detector was outstanding. Over three hours, the Tempest detected nearly 2,800 strikes with the first line, the furthest 28 miles away. I’ve only tested lightning detection with the Atlas, which wasn’t that station’s strong point. Its lightning detector recorded just a quarter of that number.

From what I could gather, that 2,800 strike number was reasonably close to the actual number of strikes that occurred, looking through lightning data. I also received alerts as strikes got closer, and when new strikes occurred after extended periods of no detection.

The way the Tempest app graphically displays lightning data is different from other methods. Instead of cumulative strikes or strikes per minute, it shows the strikes using time as the horizontal axis and distance as the vertical. What this allows you to do is better judge where the strike is coming from. As the storms get closer, you begin to see patterns in the data.

That’s the storm approaching us, and then dissipating as it moves away. Graphs of cumulative strikes are also available, but you’ll need to tap on the “last 3 hours” count on the station data screen in the app to view. 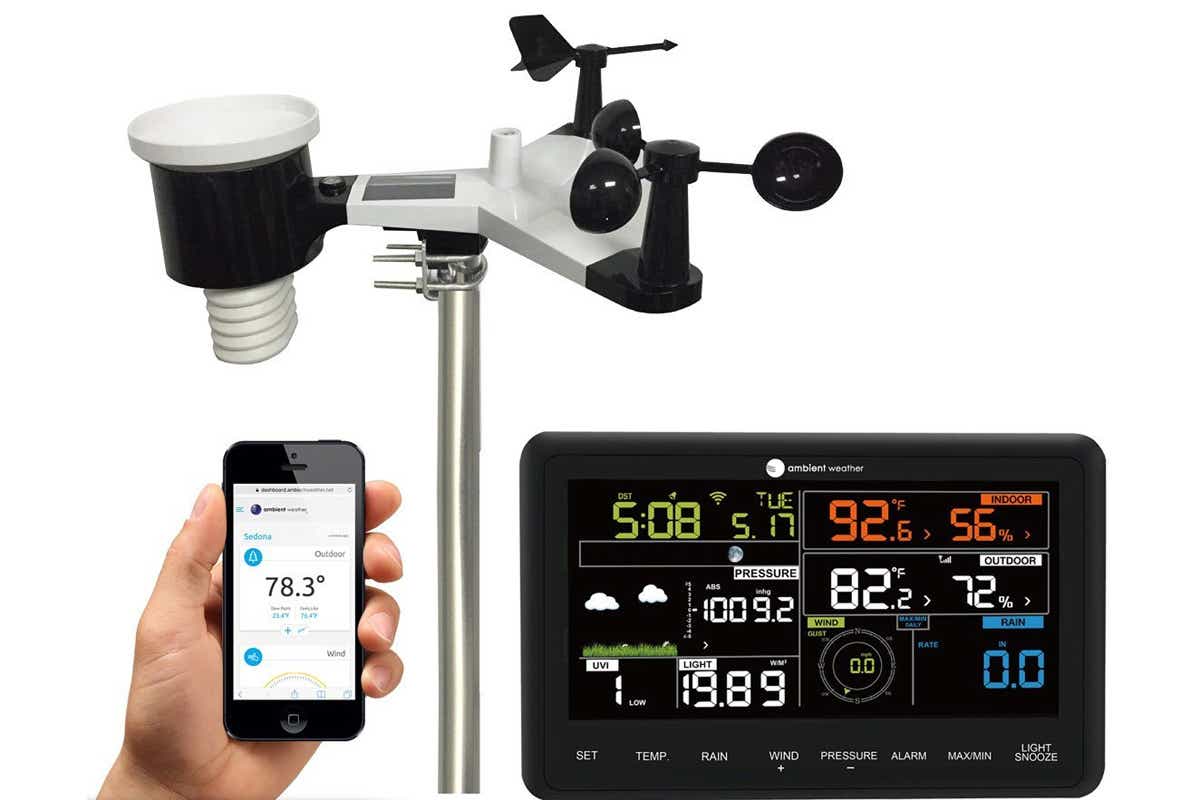 Seeing as you’re reading this review on TechHive, there’s a good chance you’re a smart home enthusiast. Many weather stations have started adding smart home capabilities, but the Tempest is best in class, although all of these features won’t be available until Tempest’s official launch in July.

The Tempest supports both Alexa and Google Assistant, and the reports given are informative and, most importantly, succinct. Other implementations seem to overload you with information. For example, Ambient Weather’s take almost 30 seconds to finish. While WeatherFlow’s report isn’t as detailed, you get all the information you need in a third of the time.

WeatherFlow also lets you connect to IFTTT, allowing weather events to trigger other smart home devices. The connectivity works well and allows you to set triggers for any of the station’s sensors. There’s even a trigger for each time the station takes an observation, allowing you to copy your observations to a Google spreadsheet, for example.

WeatherFlow took so long to bring the Tempest to market that it feels like the second generation of smart home weather stations. Netatmo paved the way early on, and other companies raced to catch up, but WeatherFlow beats them all.

The company made the right move, though; the Tempest feels, performs, and looks like a modern weather station. Its internals are better, and its sensors are much better than the competition. And it’s built by a company that has been making commercial-grade weather stations for more than two decades.

If I had to nitpick, the fact that there’s no way you could expand the Tempest right now is one of its few negatives, as well as the price: $329 is on the higher end for sure.

If you need expandability, I wouldn’t blame you for opting for the less-expensive Ambient Weather WS-2902B, instead. It’s an acceptably accurate weather station with good smart home integration. But the Tempest is the future in home weather stations, and it’s worth the higher price tag if you’re serious about accuracy and performance.