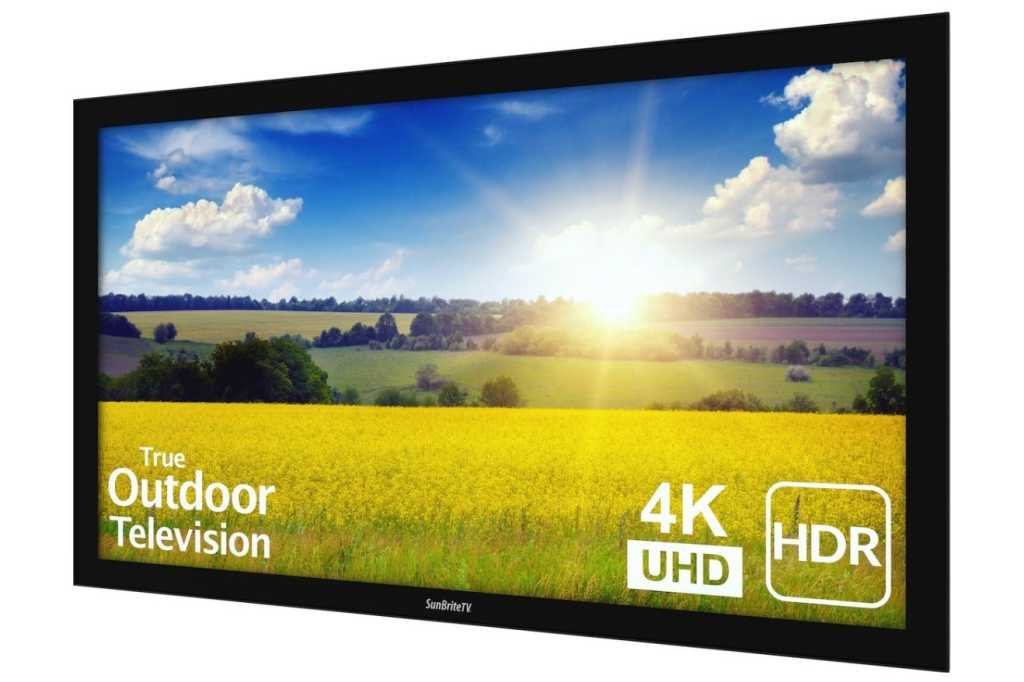 Outdoor TV manufacturer SunBriteTV just unveiled an update to its Pro series sets that not only boosts the screen brightness of the original Pro line, but also ups the display resolution to 4K while adding HDR functionality.

The biggest difference between the Pro 2 TV and its predecessor is that the new set boasts 4K HDR visuals (the older panels maxed out at 1080p), while also upping its brightness from 700 nits to 1,000 nits.

The weatherized, water-resistant set is equipped with built-in heating and cooling systems that allow the TV to work in temperatures ranging from a chilly -40 degrees Fahrenheit to a blistering 122 degrees F.

A built-in weatherized media cabinet with a sealed cable entry system is designed to protect set-top boxes, game consoles and other video sources, while SunBriteTV’s Enhanced Solar Tolerance (EST) technology prevents dark spots (a.k.a. isotopic blackout) from temporarily appearing on the screen when it’s exposed to the hot sun for too long.

Connectivity-wise, the SunBriteTV’s Pro 2 comes with a pair of HDMI inputs, along with component video and RGB inputs. For home installers, the Pro 2’s integrated HDBaseT receiver allows for the transmission of UHD video, audio, remote control data, and up to 100 watts of electrical power over a single cable (such as CAT6) at distances up to 100 meters (about 328 feet).

SunBriteTV’s new outdoor sets come less than a month after Samsung unveiled its first outdoor TV, the Terrace, a 4K QLED HDR TV with a 120Hz refresh rate (versus 60Hz for the Pro 2), an anti-reflective matte finish, 2,000 nits of brightness, and an IP55 rating (for limited protection against dust ingress as well as protection from jets of water in any direction).

While the 59mm-thick Terrace (which starts at $3,500 for the 55-inch model) is considerably thinner than the 115.6mm-thick Pro 2, the Terrace lacks the Pro 2’s heating and cooling systems, as well as its built-in media cabinet.