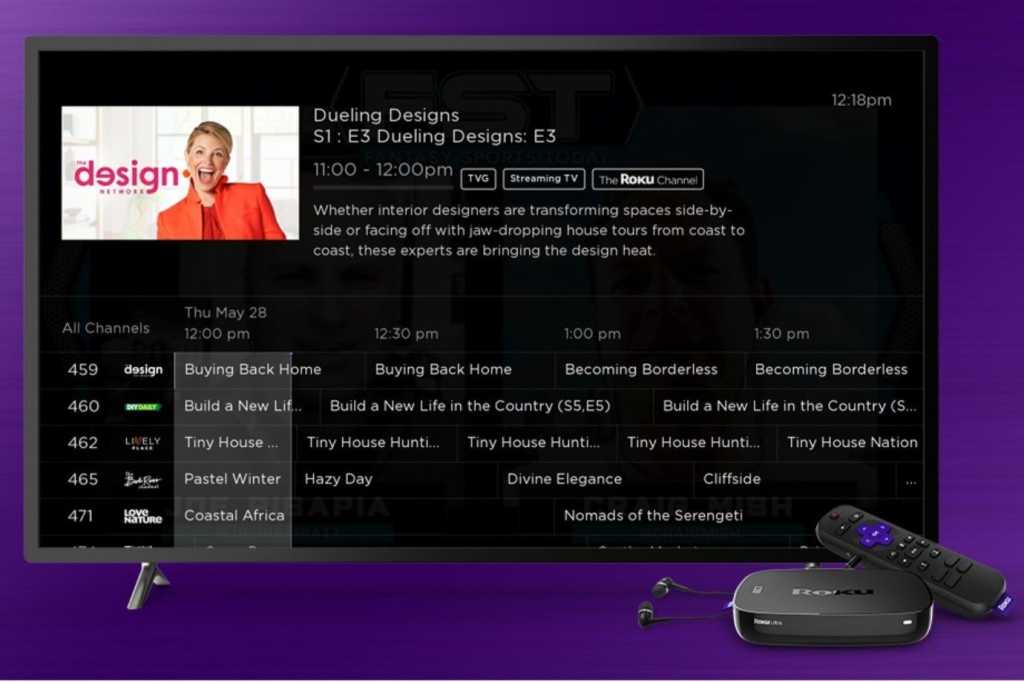 Roku is making it easier to channel surf, with the streaming service unveiling a new programming grid for its just-expanded lineup of more than 100 free streaming TV channels.

The new Live TV Channel Guide for The Roku Channel will be a familiar sight for anyone who’s ever browsed the programming grid on a DVR, complete with informational overlays for each show and the ability to quickly switch between channels.

The free “linear” streaming TV channels on The Roku Channel are ad-supported, with about eight minutes of ads an hour across four commercial breaks.

Among the top free TV offerings on the Roku Channel include:

You’ll be able to access the on-screen guide, which will display up to 12 hours of upcoming programming, by clicking the new “Live TV” tile on The Roku Channel, or you can bring up the grid at any time while watching linear TV by pressing the “left” button on the Roku remote.

The guide will let you quickly switch between an “All Channels” and “Recent Channels” view, and you’ll also be able to flip between channels by clicking the navigation buttons on the remote.

The channel guide should begin rolling out this week to Roku’s streaming players, such as the Roku Ultra, Roku Premiere+ and the Roku Express, while Roku TVs and other Roku-enabled devices will get the grid in the coming weeks.