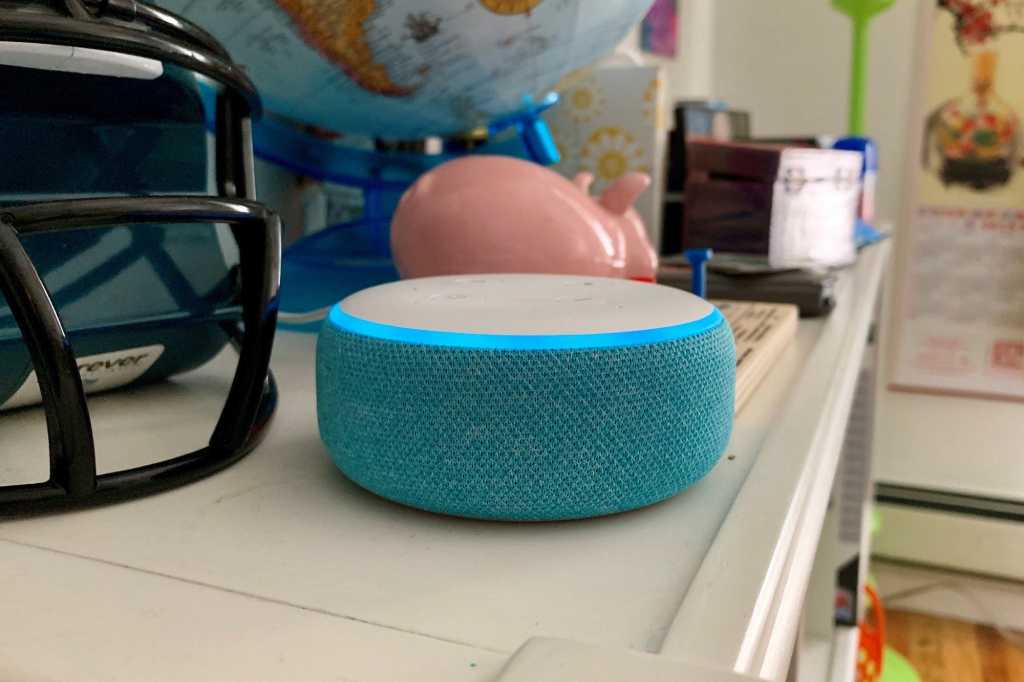 Ever wished you could poll the entire household about what they want for dinner, even when everyone’s in a different room? Thanks to a newly updated Alexa feature, you can do just that.

Alexa’s aptly named “Drop in” feature, which lets you connect to a nearby Echo speaker or display and have a two-way conversation with whoever’s on the other end, now lets you drop in on all your household Echo devices at the same time, perfect for holding a group chat.

On a related note, you can now set some of all of your Alexa reminders to sound off on all your Echo devices at once.

How to drop in on all your Echo devices simultaneously

For those who are new to Alexa, “Drop in” is a feature that essentially turns your Echo device into an intercom, allowing you to connect to another Echo speaker or display on your home network and either listen in or hold a two-way conversation.

Up until now, you’ve had to specify which Echo device you wanted to drop in on; for example, I might say “Alexa, drop in on Ben’s Echo Dot” to drop in on the Echo Dot that sits in my downstairs living room.

Now, however, you can say “Alexa, drop in on all devices” to start a group chat with all the Echo speakers and displays in your home. The first time you ask Alexa for a group chat, however, you’ll have to enable a new “enhanced features” setting that has privacy implications.

While direct Echo-to-Echo drop-in calls are encrypted end-to-end, group drop-in calls must be briefly decrypted in Amazon’s cloud to mix the audio and video of group chat participants. The “enhanced features” setting enables the decrypting of group chats for the purpose of mixing them together, as well as for “other enhanced features in the future.” Amazon promises that it won’t store any of your audio or video calls, even if they’re decrypted in the cloud for mixing.

If you trust Amazon to briefly decrypt group drop-in calls in the cloud, go ahead and enable the setting (and yes, you can always disable it later).

The ability to set reminders is one of my favorite Alexa features, particularly when it comes to rousing my sleepy eight-year-old out of bed in the morning (“This is a reminder: Hey, Claire, time to get up and brush your teeth”). Until recently, however, you could only set an Alexa reminder for a specific speaker. Now, you can have a reminder sound off on all your Echo devices at once.

To create a reminder, open the Alexa app, tap Menu > Reminders & Alarms, then compose a reminder (“Hey Ben, don’t forget to submit your Fresh Direct order for Friday”), which can be triggered by either time or location.

Next, tap Announces from, and you should see a new option: All Devices. Tap it, and you’ll hear your reminder across all your Echo devices.

If you want Alexa to always announce reminders from all your Echo devices, tap Menu > Settings > Reminders, then toggle on the Announce on all devices setting.