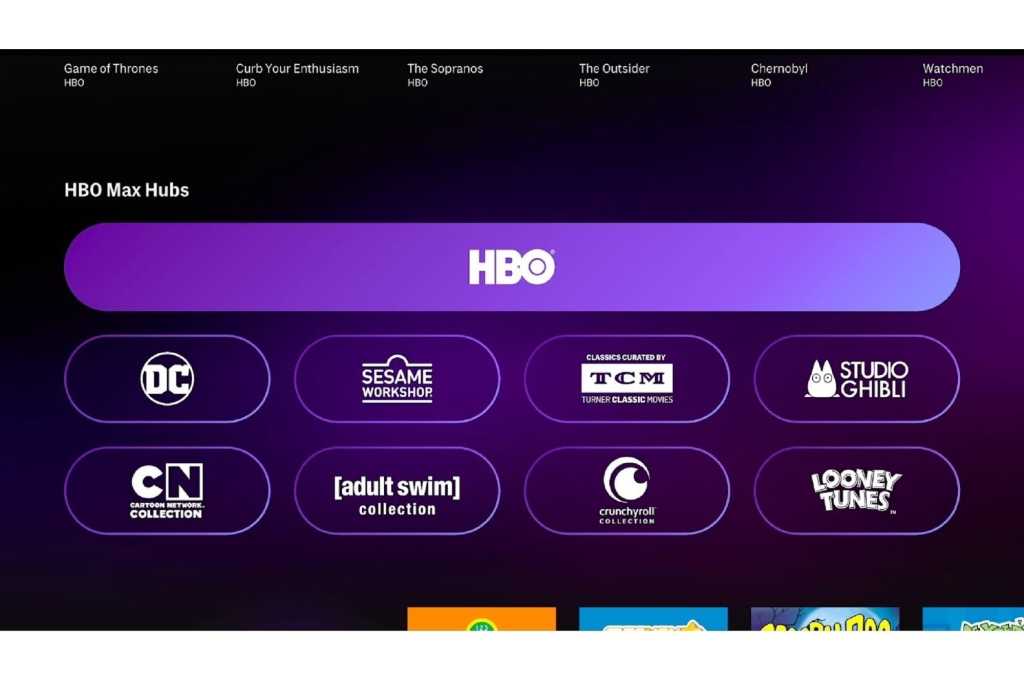 HBO Max launched this week, and the prevailing attitude seems to be one of confusion.

Forum posts and opinion pieces abound on how HBO has botched the branding for this new streaming service, which combines the existing HBO catalog with a vast additional library movies and shows. We’ve seen countless attempts at explaining how HBO Max is different from the current HBO Now and HBO Go apps—for most HBO subscribers, it’s supposed to replace them both, though Roku and Amazon aren’t on board yet—and even a poll showing that people don’t understand what’s in the Max catalog.

These criticisms aren’t wrong, but singling out HBO for sowing confusion seems a little unfair. HBO Max is just the latest in a long line of streaming services with inscrutable names, counterintuitive content catalogs, and labyrinthine pricing schemes. The world of streaming services is inherently messy, and while HBO Max might be an extreme example, it’s hardly the only one.

Even before launching HBO Max, corporate parent AT&T had a track record for clumsy branding. In late 2016, it launched a live TV streaming service called DirecTV Now, but then renamed it to AT&T TV Now last August. That service is separate from AT&T TV, which uses the same apps but has different channel offerings and comes with a proprietary streaming set-top box box. Both of those services also remain distinct from AT&T Watch TV, a smaller bundle of TV channels that runs on a separate app.

But AT&T isn’t alone in creating confusion. For years, Sony had to battle the perception that its PlayStation Vue live TV streaming service required a PlayStation console. (In fact, it was available on every major streaming platform.) Sony eventually shut the service down at the end of January.)

More competent media companies sometimes bungle their branding as well. Just look at ESPN+, which has none of the same content as ESPN’s cable channel but has a nearly identical name. This would be akin HBO Max excluding the entire HBO catalog.

Meanwhile, NBC’s Peacock service is launching with three price tiers, two of which are called “Premium,” with pricing that varies based on who your TV provider is. The Peacock name itself is great—it’s a unique but clever callback to NBC’s logo—but the price structure is confusing.

Tech companies haven’t fared much better at naming their services clearly. YouTube, for instance, offers a $50-per-month bundle of live TV streaming channels called YouTube TV, which is not to be confused with watching YouTube on your TV. It’s also not to be confused with YouTube Premium, which is an ad-free version of the site that was previously called YouTube Red. (The original name had its own issues that I’ll avoid elaborating on here.)

Speaking of “channels” subscriptions, Roku has muddied the waters with its own The Roku Channel app, which started as a collection of free movies and TV shows but now includes a variety of round-the-clock streaming channels, along with premium channels sold via subscription. It’s channels upon channels within a channel, which itself is one app on the broader Roku platform.

Assuming you can parse all that, you must still wade through myriad nonsense product names that all sound vaguely similar: Hulu, Roku, Tubi, Pluto, Fubo, and so on. I don’t expect any of this to be intuitive to anyone.

These streaming services are all in an unenviable position. It’s hard to stand out in the cutthroat world of streaming video, so every company is trying to capitalize on the most recognizable brands they’ve got. Unfortunately, that also means accepting whatever baggage those brands bring to the table.

In AT&T’s case, a desire to build a new service around its most recognizable brand makes sense—especially with most current HBO customers getting it for free—but in doing so, it must contend with the split between HBO Go and HBO Now, which was confusing even before HBO Max came along.

Likewise, you can’t fault ESPN for using the name ESPN+ despite being a little misleading, or Roku for sticking with “The Roku Channel” despite having grown into a full-blown content hub. Even those who criticized Sony for its PlayStation Vue branding never seemed to offer a compelling alternative that wouldn’t just doom the service to further obscurity.

HBO Max may have more baggage than most, but ultimately it’s just another example of a streaming service trying to come up with a name that people remember, even if it creates some confusion along the way. In the end, we’ll sort through the details, get used to the name, and move on, just like we always do.