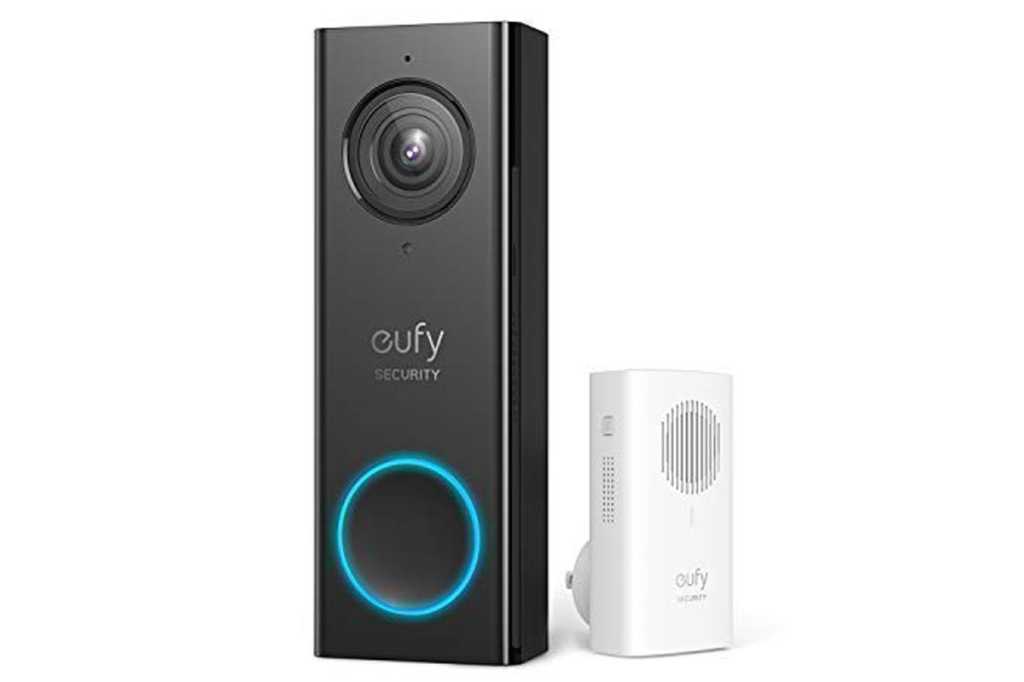 Knock-knock. Who’s there? You have no idea, because you don’t have a smart doorbell. You can rectify that situation at Amazon today. The online retailer is selling the Eufy Wi-Fi Video Doorbell for $100. This is the all-time low for a doorbell that usually sells between $136 and $150, but the limited-time deal is only available until midnight Pacific time.

“Eufy’s doorbell delivers high-quality video, great motion detection…and its low cost is rendered even more attractive by the absence of a subscription service,” we said in our review. Instead of storing your data in the cloud, it has 4GB of onboard encrypted storage.

The doorbell supports 2K video (2560-by-1920 resolution). It’s good at distinguishing between faces and other things that might zoom past the video doorbell–though it only has face detection, not recognition. It also comes with a free electronic chime with 8 ringtones and volume control.

This doorbell relies on your existing doorbell wiring and is not battery powered. Still, we found it pretty easy to install.

Eufy does integrate with Alexa and Google Assistant, but we thought this feature could be better when we looked at it in October. At the time, the Eufy doorbell could stream live video to a smart display such as the Echo Show 8 or Google Nest Hub. You could not, however, interact with visitors in real time using these displays. It also didn’t work with HomeKit, making it a non-starter for people going the Apple smart home route.

Even with those mild drawbacks, there’s no denying that this is a very good product at an ultra-competitive price. And today, it’s even cheaper—at whole lot cheaper. Don’t miss out.