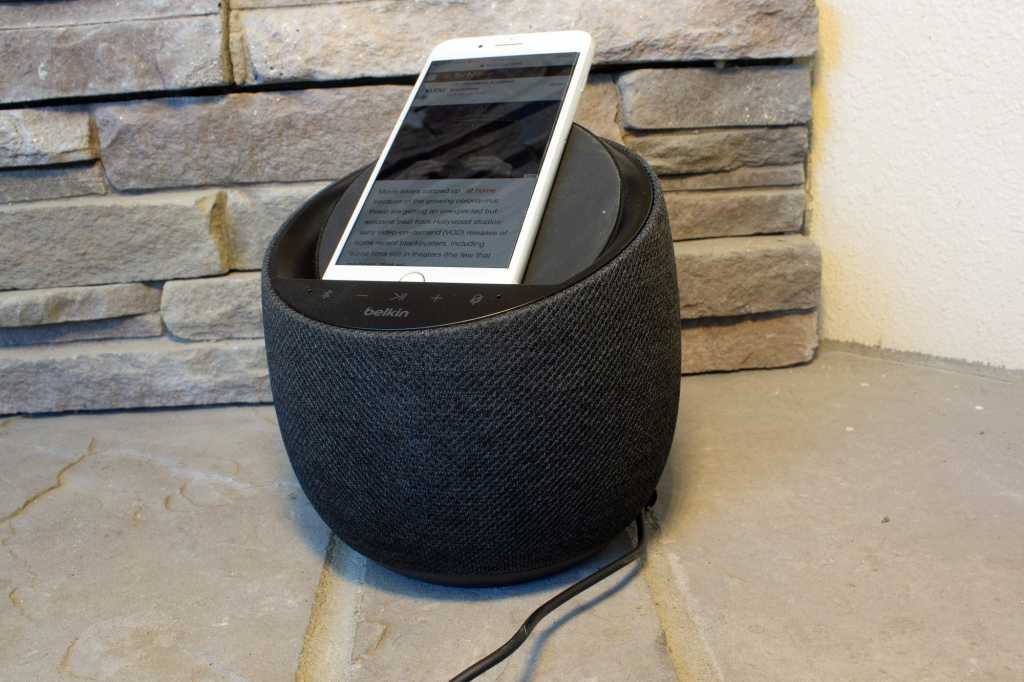 The Belkin SoundForm Elite Hi-Fi disappoints on several counts: Overemphasized bass response, a hollowed-out midrange, and no support for AirPlay or pairing two speakers in stereo. The wireless charging is handy, though.

My thoughts about the Belkin SoundForm Elite Hi-Fi Smart Speaker + Wireless Charging can be distilled in a single word: boring. Listening to a $300 speaker should be exciting. Listening to this one elicited a very different emotional response: indifference.

Belkin doesn’t have a track record of building great audio equipment, but its partner on this project—the French audiophile company Devialet—most certainly does. The Devialet Phantom blew my mind when I reviewed it five years ago. So, I had high hopes when I learned Belkin had enlisted that company’s expertise to develop something more mainstream.

This review is part of TechHive’s coverage of the best smart speakers,  where you’ll find reviews of competing products, plus a buyer’s guide to the features you should consider when shopping.

Intense bass response was one of the Phantom’s highlights, utilizing a push-push architecture to minimize unwanted vibration while reproducing low frequencies. The SoundForm Elite takes this same approach, and it’s no slouch in that department. You won’t feel the lows in your core, but there’s only so much that engineers can do with an enclosure that measures 6.4 x 6.4 x 6.63 inches (WxDxH). 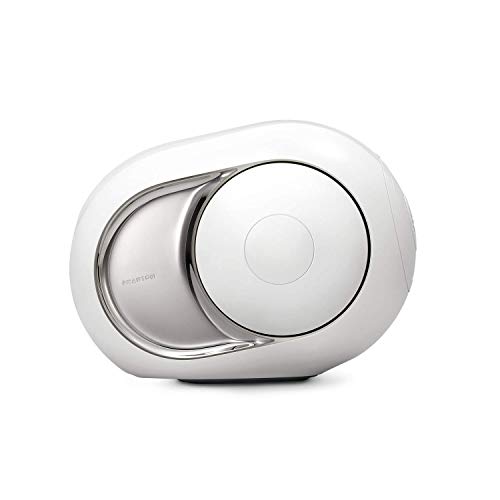 Belkin’s pursuit of low-end performance becomes obvious when you examine the SoundForm Elite’s driver configuration: a single 35mm full-range driver (about 1.38 inches) powered by a 30-watt amplifier, paired with dual 70mm woofers (about 2.75 inches) that get 60 watts each. Note that these specs are peak power ratings, not RMS.

That said, the speaker gets plenty loud for its size: Belkin claims sound pressure level of 90dB, plus or minus 3dB, and the speaker had no problem filling my 13 x 19 x 9-foot (WxDxH) home theater with sound; it’s just that the sound was dull as dishwater, despite its claimed frequency response of 40Hz to 20kHz (no tolerance given).

Listening to Steely Dan’s “Cousin Dupree,” from the band’s Two Against Nature, the speaker’s midrange was severely muted. The snap of the drummer striking the snare drum, for example, sounded as though he had laid cheese cloth over the drumhead—the sound was absolutely muffled. Donald Fagen’s vocals were also impacted; he sounded like he was singing through a six-inch stack of pop filters.

Annie Lennox’s vocals fare a little better on “Precious,” from her album Diva, but the strings sounded so far back in the mix that they all but disappeared. One thing that did impress me was the SoundForm Elite’s ability to hear the “Hey Google” wake word even while playing music at full volume.

Belkin doesn’t provide an app (apart from Google Home), so you’ll need to use something like Plex to stream music you own from a home server or NAS box. I suspect, however, that Belkin expects most people to use a streaming service like YouTube Music, Spotify, or Tidal. I used the latter to “cast” HiFi tracks to the speaker from my Pixel 2 XL, and later from an iPad mini. The speaker is no slouch in the Wi-Fi department, with a dual-band 802.11ac Wi-Fi adapter onboard. It also supports Bluetooth 5, if you find it easier to stream music that way.

You can use the Google Home app to create speaker groups, so you can play the same music on several compatible speakers in your home. But if you’re firmly ensconced in Apple’s ecosystem, you’ll be disappointed to learn there is no support for AirPlay. Belkin’s documentation doesn’t mention it, but you can also create a stereo pair using two SoundForm Elites. There no option to connect a wireless subwoofer to this smart speaker, however, although given its already bass-heavy frequency response, you wouldn’t want to.

It’ll charge your phone, though

The SoundForm Elite does top its competitors in one area: There’s a sloped cradle on top with an embedded wireless charger that can provide up to 10 watts of juice to Qi-compatible devices. This feature worked great with my wife’s iPhone 8 Plus, although I had to take the phone out of its case to establish contact with the charger (that’s no fault of Belkin’s, of course). Devialet’s push-push woofer architecture plays a key role here, ensuring that the speaker’s enclosure doesn’t vibrate and interrupt the contact between the back of the phone and the speaker’s charging surface.

I can name at least two smart speakers that deliver better acoustic performances than the Belkin SoundForm Elite: the Amazon Echo Studio, and the Sonos One (I’ve only reviewed the first-generation product, but Sonos assures me there should be no sonic differences). Both of those speakers support Apple AirPlay 2, you can link either of them to an optional subwoofer, and the Sonos gives you the choice of using either Google Assistant or Amazon’s Alexa.

What’s more, they both cost $100 less than what Belkin expects to fetch for this sad puppy.