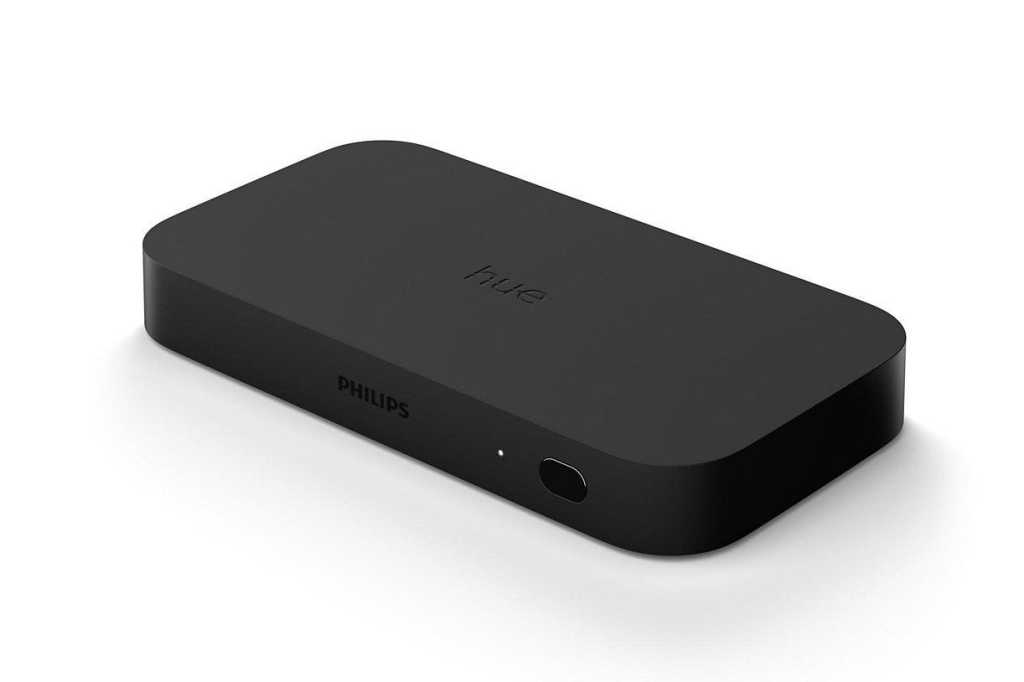 Thanks to a software update due today, two of my chief complaints about the Philips Hue Play HDMI Sync Box, a device that syncs your Philips Hue smart lights with the action on your TV screen, appear to have been remedied. 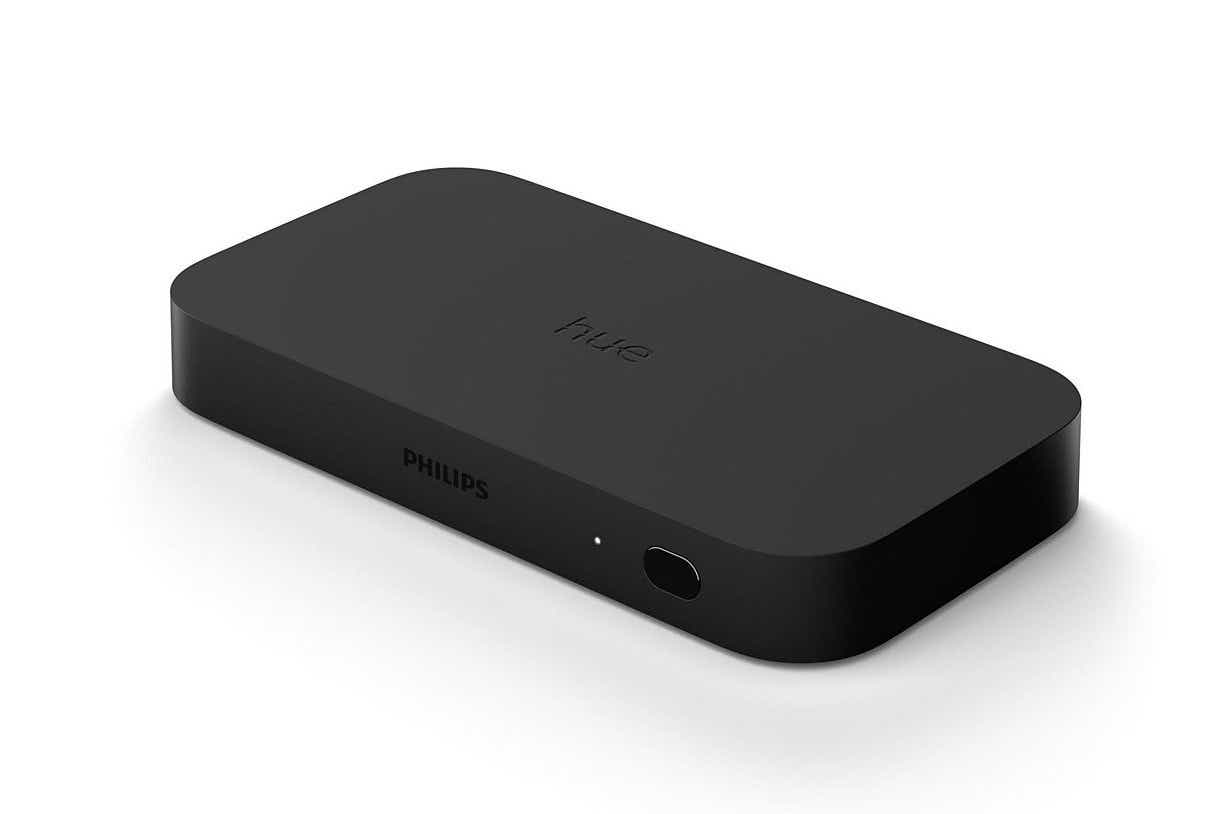 One of the two key “cons” in my review was that the $230 Hue Play HDMI Sync Box, which I otherwise praised as the best way to make your lights pulse in sync with your TV, didn’t ship with a remote, and that its built-in but dormant IR receiver wouldn’t work with third-party remotes. Instead, you had to use the Hue Sync mobile app to control the box, or else rely on its ability to switch HDMI inputs automatically when it detects that a video source has been powered on.

My second major gripe was that while the HDMI Sync Box could pass through Dolby Vision and HDR10+ images to a TV, it wasn’t able to sync those images with your Hue lights. (Standard HDR10 video was supported.)

Today’s update, which was first announced at CES back in January, addresses those two complaints. For starters, the patch finally activates the Hue Play HDMI Sync Box’s IR receiver. That means you can now use third-party remotes, including Logitech’s popular series of Harmony universal remotes, to turn the Sync Box on or off, as well as (crucially) switch HDMI inputs. I’d like to see the Sync Box’s IR remote support in action before declaring this particular issue to be fully fixed, but it’s certainly a step in the right direction.

The update’s second big improvement (which, unlike the Sync Box’s new IR remote support, wasn’t revealed until today) is sync support for Dolby Vision and HDR10+ content. Once you install the update, you’ll be able to show off your synced Hue lighting setup with eye-popping Dolby Vision and HDR10+ visuals, rather than having to downshift to vanilla HDR10.

A third (and previously announced) feature that’s coming in the HDMI Sync Box update is support for voice commands via Alexa, Google Assistant and Siri, enabling you to cycle the power, turn light syncing on or off, change the light syncing mode (from, say, Video to Game mode), and switch HDMI inputs.

The Hue Play HDMI Sync Box’s new support for IR remotes, Dolby Vision/HDR10+, and voice commands eases some of my biggest reservations about the device, although at $230 (not including any Hue lights you want to sync), the Sync Box remains a pricey proposition. We’ll revisit the review once we’ve had a change to test the changes in the update.