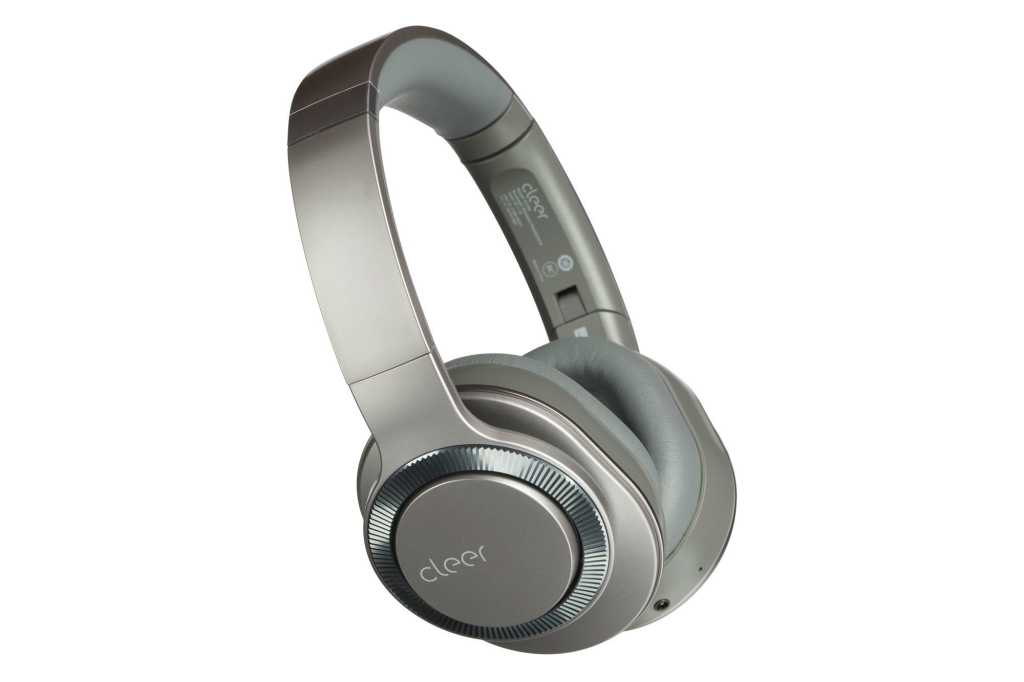 The Cleer Flow II offers exceptional sound quality as well as excellent ANC. It would be even better if with larger earcups and a mode that disabled both ANC and the external mics.

Cleer Audio is a relative newcomer in the headphone market. It was founded in 2012 with a focus on DJ headphones, but that focus changed to consumer products in 2016. Since then, the company has wasted no time; it now offers four in-ear and four over-ear models with more on the way.

The Flow II is one of Cleer’s latest models. It’s a wireless Bluetooth headphone with active noise cancellation (ANC) and compatibility with Google Assistant voice control. Most importantly, the overall sound quality is exceptional.

The Flow II is an over-ear, closed-back headphone with softly padded earcups and headband. The ovoid earcups are somewhat smaller than most over-ear headphones I’ve tried, making them a bit fiddly to seat properly. It weighs a mere 11.5 ounces, which is lighter than many such headphones, yet its build quality seems quite substantial.

Each driver employs a full-range 40mm magnesium diaphragm with polyurethane surround, resulting in low mass, high rigidity, and high internal damping. The magnet structure uses no iron; instead, it is comprised of 20 rare-earth magnets in a ring structure. Cleer calls this Ironless Driver Technology, which is said to improve the focus of the magnetic field, allowing more voice-coil excursion with lower distortion. Specifically, Cleer claims the THD (total harmonic distortion) at 100dB SPL is less than half that of a conventional magnetic driver across the entire audio spectrum and up to six times less in the upper-midrange region.

Speaking of Bluetooth, the Flow II implements version 4.2 with the A2DP 1.3.1, AVRCP 1.6, HFP 1.6, and SPP 1.0 profiles. The supported audio codecs include AAC, aptX, aptX HD, and LDAC. You can pair the headphone with the source device in the usual manner, or—if the device supports NFC (Near-Field Communication) pairing—you can simply hold it near the right earcup and they will pair automatically.

Cleer touts its “hybrid” noise cancellation, which combines passive isolation with active noise cancelling (ANC) for up to 30dB attenuation of wideband ambient noise. The Flow II powers up with ANC on, but of course, you can turn it off, which activates Ambient Mode that lets you hears sounds around you. In this mode, the external microphones pick up ambient sound, which is played in the headphones along with the music you’re listening to.

The only thing I wish for here is a third option that disengages ANC but does not activate the external microphone. That way, you could still have passive isolation and extend the battery life.

The Flow II provides three physical buttons on the lower-rear section of the left earcup: power on/off, ANC on/off, and Google Assistant. The buttons are well separated, and the ANC and Google Assistant buttons have small ridges on different sides, making them very easy to find by feel. The power and ANC buttons also have LED indicators, and a pleasant voice informs you when the power is turned on and off as well as the ANC status.

You control the music with touch gestures on the outer surface of the left earcup. Swipe up and down to change the volume, swipe forward and back to skip to the next or previous track, and double-tap to play/pause. If you get a phone call, double-tap to accept and hang up and hold to reject the call.

Here’s a cool feature: If ANC is on, you can hold one or more fingers on the left earcup to engage Conversation Mode. This temporarily turns off ANC and activates Ambient Mode, so you can talk with someone like a flight attendant. When you remove your fingers from the earcup, ANC turns back on. Interestingly, the touch sensor can distinguish between holding a fingertip to reject a call and an entire finger or two to engage Conversation Mode.

My source for test tracks was the Tidal Master library from my iPhone XS via Bluetooth. First up was “Agbada Bougou” from Rejoice by Tony Allen and Hugh Masekela. The instrumentation is simple—drum kit, acoustic bass, trumpet, and alto sax—and the Flow II sounded clean and open with highly accurate renditions of each instrument.

The same was true of “My Blue Heaven” as sung by James Taylor on his album American Standard. The Flow II’s overall sound was clear, open, and well-balanced, and Taylor’s voice and guitar were beautifully rendered.

For something a bit more modern, I listened to “I’m Gonna Love You Just a Little More Baby” by Summer Walker from Birds of Prey: The Album, which includes songs from the movie Birds of Prey: And the Fantabulous Emancipation of One Harley Quinn. Once again, the overall sound was clean and open, and the vocal was right up front without overbalancing the rest of the track. 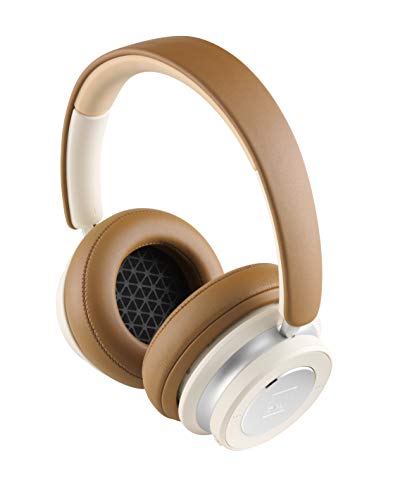 Amazingly, The Who are still at it with their 2019 release, Who. I listened to “Hero Ground Zero,” a highly produced track with lots of strings. As I had come to expect by now, the sound was clear and well-balanced, though Roger Daltrey’s voice was a bit farther back than I’d heard before—it was probably mixed that way.

It’s hard to believe that Prince’s album 1999 is almost 40 years old. I listened to the 2019 remaster of the title track and heard the same open, clean sound as with all the other tracks I sampled.

Turning to some classical music, I enjoyed a track from Cecilia Bartoli’s album Farinelli. Among the arias on that album is Signor, la tua speranza…A Dio trono, impero Dio from the opera Marc’Antonio e Cleopatra by Johann Adolf Hasse, performed with Il Giardino Armonico under the direction of Giovanni Antonini. Opera is not one of my favorite genres, but Bartoli is a distinct exception. Her gorgeous voice was adroitly rendered by the Flow II, and the orchestra sounded clean and delicate.

Finally, I dug into Witold Lutoslawski’s Variations on a Theme by Paganini as arranged by Alexander Warenberg for piano, strings, and percussion. For this recording, it’s performed by Denis Matsuev on piano and Kammerorchester Wien-Berlin under the direction of Rainer Honeck for the album Shostakovich/Schnittke/Lutoslawski. This incredible piece was rendered beautifully by the Flow II with a completely open, clear sound that showcased the superb sound of the piano against the strings and percussion.

In addition to Bluetooth, I listened to a few of the tracks mentioned above through an iFi hip-dac connected to the phone and the Flow II with cables. I didn’t hear much of a difference compared with Bluetooth—the wired connection was perhaps a bit airier, but not significantly better.

The touchpad on the left earcup works quite well for playing and pausing, changing the volume, and skipping to the next or previous track. It requires a bit of technique—you must hit the pad rather suddenly and move your finger fairly quickly—but it didn’t take long to get used to it.

I had an unusual opportunity to test the active noise cancellation: My neighbors across the street were having the exterior of their house pressure cleaned, which made quite a steady-state racket. The Flow II’s ANC worked very well to mitigate a large portion of the noise.

In addition to the Flow II, I listened to each track on the DALI IO-6 and Sony WH-1000XM3. As I swapped headphones, I discovered that the Flow II pauses the music when you take it off and resumes playback when you put it back on, which is pretty cool. The other headphones do not offer that little nicety.

As I wrote in my review of the DALI IO-6, its sound is rich and sumptuous, which I really liked. Compared with the Flow II, however, it was almost too rich; I kept writing “thick” in my notes. The Flow II was more open and spacious.

The Sony WH-1000XM3 shared the Flow II’s openness, but its bass was generally overemphasized. That should please bassheads, but I prefer a more neutral balance, which the Flow II excelled at.

I also compared the ANC performance of the IO-6 and WH-1000XM3 with that of the Flow II as my neighbors’ house was being pressure cleaned. During my review of the IO-6, I thought the ANC worked very well with rain on the roof of my car, but it came up a bit short against the onslaught of pressure cleaning, allowing more noise to reach my ears. The WH-1000XM3 worked best in that din, but the Flow II was not far behind.

I absolutely love the sound of the Cleer Flow II, even more than the DALI IO-6 and Sony WH-1000XM3. It befits the company’s oddly spelled name perfectly—clear, clean, open, and well-balanced. In addition, the build quality is solid, its ANC works very well, and it offers some nice touches, such as Conversation mode and automatically pausing the music when you take it off and starting again when you put it back on.

I have only two complaints. First, the earcups are relatively small, which means you must jiggle them around to seat them properly. The earcups on the IO-6 and WH-1000XM3 are larger, making them easier to seat on your head. Second—and more important—I wish the Flow II had a mode in which ANC was off and the microphones did not pick up environmental sound; both of the other models offer such a mode.

On the other hand, the Flow II has a lower list price than the other two: $280 versus $350 for the Sony and nearly $500 for the DALI. With superior sound quality for less than the competition, the Cleer Flow II is my new reference Bluetooth ANC headphone.