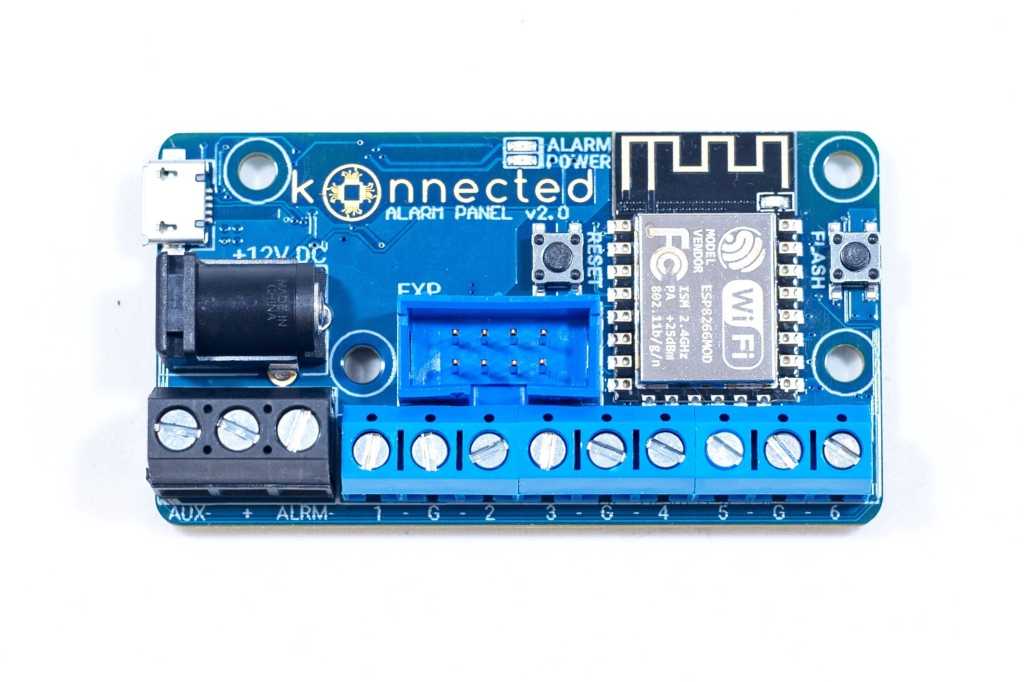 Image: Konnected
At a Glance

Anyone with with an old, dead home security system can give their wired sensors new life—but prepare to get into the weeds to set up a Konnected system.

Homeowners with old, wired alarm systems often feel as though they’re stuck with what they have. But not taking advantage of all those wired sensors embedded in the walls seems foolish. Why discard and replace perfectly functional components if you can incorporate them into a modern smart home system?

The good news is that new technologies are giving old alarm systems new life. I reviewed Safe by HUB6 last year and found it a capable if complex way to add wireless features to your old alarm panel. The Konnected Alarm Panel has a similar goal, but gets there in a different way. Rather than adding a new board on top of your old, wired system, the Konnected Alarm Panel system replaces the old board entirely. (Konnected also offers a separate system similar to Safe by HUB6—the $35 Konnected Interface Module, which lets you use your old system in parallel with the new one, but that is not reviewed here.) 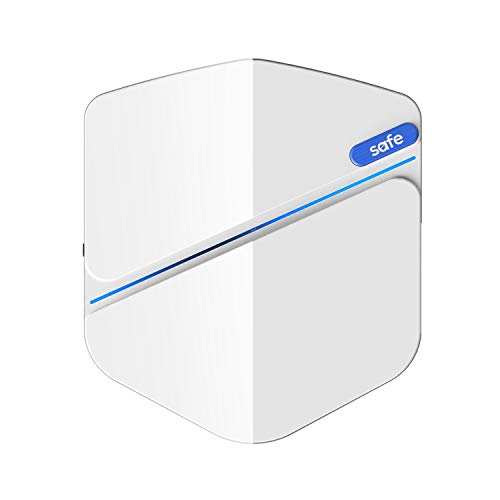 So, why would you want to remove your old alarm board? If the panel doesn’t work, but you suspect the sensors are intact, Konnected’s approach makes a lot of sense. Ditto if you move into a new house that has an alarm system that you don’t know how to activate—or maybe you just don’t want to pay for professional monitoring and would rather get alarm system alerts on your phone.

The $99 Konnected Alarm Panel board is a surprisingly tiny thing, a bare circuit board about 2.5 x 1 inches in size. A row of terminal posts along one side allows you to connect up to 6 sensors. That may sound low, so if you need more sensors, a 12-sensor version of the board is available for $199. You can also run multiple boards in parallel, and it’s even possible to connect multiple door sensors to a single terminal post if they’re wired in series.

Updated September 8, 2020 to report that Konnected is now shipping a new version of this product that adds ethernet, power-over-ethernet (PoE), and the ability to control up to 12 zones from a single board. The Konnected Alarm Panel Pro is now available for $209 at the company’s website.

The small size of the board makes wiring tricky but easily doable with some care and attention to detail. You’ll need a tiny flathead screwdriver to secure the posts and relocate the wires from your old panel to the new board. Take special care to photograph the old panel before you start pulling out wires, and label it if possible. Konnected walks you through this process, but only on its website. The scant quick-start guide included in the box is of minimal help.

Connecting the Konnected board to your Wi-Fi network is, surprisingly, the more daunting task. The extremely arcane setup routine requires you to connect your phone to Konnected’s temporary Wi-Fi network, then open a web browser and tap in a hard-coded IP address. At this point, a page directs you to provide your home Wi-Fi network credentials, then reset the board. After this, you can use the Konnected mobile app to configure the alarm panel.

I ran into significant trouble throughout this process because the Wi-Fi setting process failed repeatedly, and then after it finally succeeded, the Konnected app couldn’t find the hardware, even though I confirmed through my router’s interface that it was connected to the network. The catch? After a troubleshooting session with the company, we found that Konnected didn’t like working through a nearby repeater. Once I unplugged the repeater and got the Konnected board connected directly to the router, I was able to connect to it through the app.

If all of this sounds user-unfriendly to work with, that’s because it is, and the product is sure to lose many novice users at step one. There’s really no excuse in 2020 for requiring a user to use a web browser to configure wireless settings; this kind of operation should have been built directly into the app, as it is with virtually every other smart device around. I ultimately spent several hours troubleshooting the quirky system—all just to get it connected to my network—in part because the system is very slow to reboot, and every change made in the app seems to take an eternity before it successfully updates.

Once you’re finally in Konnected’s environment, you might be surprised to see that the app, well, it doesn’t really do anything. Its primary function is to let you define what specifically is connected to each of those six zones. In most homes, these will be door or window sensors, but Konnected also supports motion sensors, smoke detectors, temperature sensors, and a variety of sirens and buzzers. You just tell the app what’s wired to each zone.

What the Konnected app doesn’t have is an ecosystem where you can be alerted if the front door opens or motion is detected (and, given the plodding speed of the app, that may be for the best). Instead, you’ll need to connect with a third-party hub to make use of these alerts. Konnected supports Samsung SmartThings and Hubitat Elevation, and I found it easy to connect the system to SmartThings by simply giving Samsung access to my Konnected credentials. With the two systems linked, I was able to see when sensors were tripped directly in the SmartThings app. Performance was quick; the system would update almost instantaneously when any sensor changed state.

The catch is that, while it has some of these capabilities, SmartThings has never made for a great security system, particularly if you’re using third-party gear. You’ll need to hand-code automations for any interactions with the sensors. This isn’t difficult, but you’ll need to be careful about how you write them. Do you want a text message sent every time a door is opened or only if SmartThings is set to “Armed (away)”? (And will you remember to arm SmartThings?) Should the siren sound if it detects motion only during certain hours? A purpose-built security system makes a lot of this simple, but with a system like Konnected, you’ll need to spend considerable time fine-tuning everything, because no one is there to hold your hand.

If you want to do anything else with Konnected, it will need to be through the hub. Konnected can technically work with voice assistants but only because SmartThings and Hubitat do. You can get professional monitoring for the system via Noonlight—but again that’s only if you configure it through one of those hubs; Noonlight can’t hook into Konnected directly.

If your old, wired security system is defunct but you want to keep using your wired sensors, Konnected can be a smart option—in fact, as far as I know, it’s the only option—to make this possible. For most users, however, a forklift upgrade to a new—and completely wireless—system will arguably be more effective and easier to install and manage. While most home-security starter kits come with bulky door/window sensors that stick out like sore thumbs, you’ll find plenty of third-party alternative sensors (such as this sensor from Monoprice) that can be completely hidden inside door and window jambs. They communicate with the control panel using wireless protocols such as Z-Wave and Zigbee.