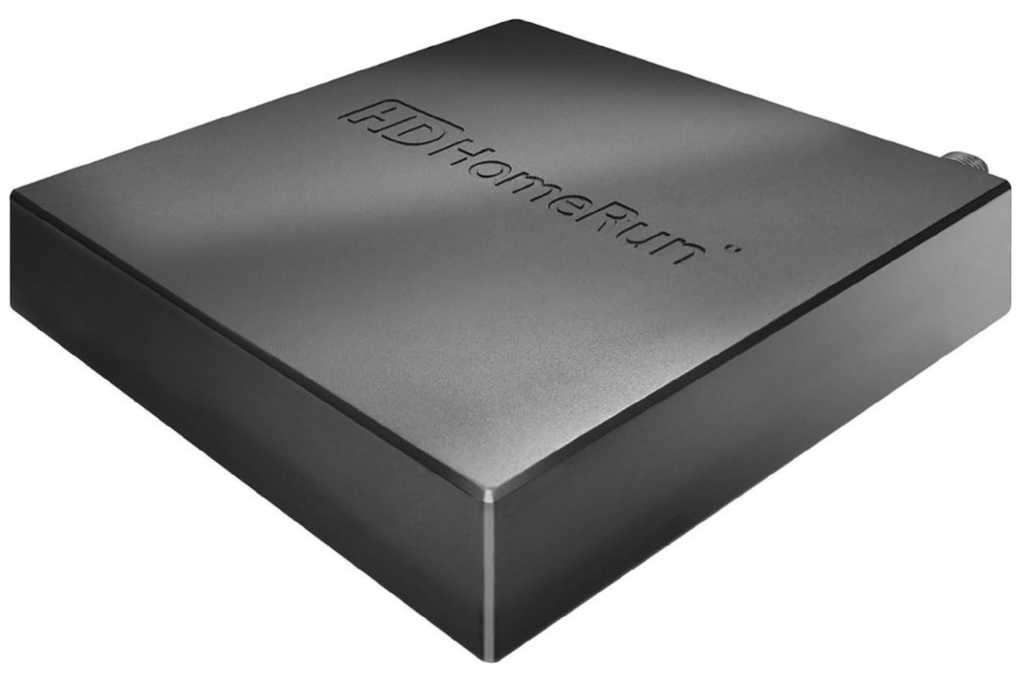 If all goes to plan, the HDHomeRun Quatro 4K will be the first external ATSC 3.0 tuner for consumers when it launches in September. Like other HDHomeRun tuners, the Quatro 4K will capture over-the-air broadcasts from any antenna and stream the video to phones, computers, and connected TV devices around the house. But in markets where ATSC 3.0 is available, the tuner will support broadcasts in up to 4K resolution with up to 7.1.4 surround sound, while also improving reception and allowing for new features such as on-demand video.

I must admit that this is happening sooner than I expected. When I last covered the state of ATSC 3.0 gear in January, the only discussion of external tuners came from vendors selling expensive hardware for commercial testing. While some TV manufacturers are integrating ATSC 3.0 with their high-end sets, no consumer-grade tuners seemed to be forthcoming. (ATSC 3.0 isn’t backwards compatible, so it will require either a new TV or an external tuner to watch any stations that use the new standard.)

Only six U.S. stations are broadcasting in ATSC 3.0 today, and while 60 markets are expected to deploy the standard this year, details are murky on specific channels or content support. I was curious to know why SiliconDust was jumping in early, so I interviewed CTO Nick Kelsey and customer liaison Nathan Betzen to find out.

Kelsey said the Quatro 4K came from a desire to move broadcast TV forward. While lots of companies are developing software and middleware for ATSC 3.0, the current hardware for receiving the new standard is cost prohibitive. At least for now, SiliconDust sees the Quatro 4K as mainly for engineers and other people in the industry, along with some early adopters.

“There’s obviously a pretty big adoption chicken-and-egg problem,” Kelsey said. “We figured the only way to help the situation was to come out with product availability.”

Getting the price down

Kelsey said the Quatro 4K is profitable at its $200 Kickstarter price, and he doesn’t expect that price to rise in September, when SiliconDust plans to launch the tuner more broadly. If anything, the price could go down.

That’s surprising given that commercial tuners can cost up to $1,000, and that the existing Connect Quatro tuner sells for $150. While Kelsey said the modulators required by ATSC 3.0 are more complex and expensive, cost savings comes from the fact that SiliconDust is mass-producing hardware, which no other external tuner vendors are doing yet.

Even the fact that the Quatro has two ATSC 3.0 tuners inside—allowing it to stream or record two channels at once—helps bring down costs. (Two of the Quatro 4K’s tuners will only support ATSC 1.0 channels.)

“We are inherently higher-volume than a single-tuner device,” Kelsey said.

The HDHomeRun Quatro 4K launched on the crowdfunding site Kickstarter with a modest funding goal of $50,000, which it met with ease. (As of this writing, supporters have pledged nearly $400,000.)

Seeing as SiliconDust sells products directly through its own website and through major retailers such as Amazon and Best Buy, it probably didn’t need a Kickstarter campaign. Still, Kelsey and Betzen say crowdfunding was a way to gauge early demand and curb expectations, especially with ATSC 3.0 only on air in a half-dozen U.S. cities. As with many other Kickstarter projects, anyone who buys the Quatro 4K should realize they’re a guinea pig.

“If you put that product on the shelves of Best Buy in July, things go downhill really fast,” Betzen said.

One of the big unknowns for ATSC 3.0 is how it might affect over-the-air DVR. Because the new standard allows broadcasters to encrypt their live broadcasts and use digital rights management on their streams, DVR applications could face new limits compared to the current ATSC 1.0.

I first covered this topic back in November 2017, but I don’t think we’re much closer to an answer now.

Kelsey said there are several ways DRM could pan out with ATSC 3.0. Encrypted recordings could require playback to be delayed until they receive the necessary authorization, for instance over the internet, but the downside to that approach is that content providers could revoke access after a certain period of time.

Alternatively, a program could get the necessary authorization at the moment it’s recorded, with different DRM technology such as Widevine to protect against further copying during playback. This sounds like a better approach, but SiliconDust is still working to see whether it’s possible.

In any case, the mere inclusion of encryption and DRM could set up a whole new set of headaches that don’t apply to today’s unencrypted over-the-air broadcasts. While it’s possible that content providers won’t bother with DRM in the first place, that’s another thing we don’t yet know for sure.

“There’s certainly a risk that there will be content that’s DRM encrypted,” Kelsey said.

Assuming DVR still works under ATSC 3.0, SiliconDust hopes to support third-party options, such as Plex DVR and Channels DVR. While it does offer its own apps and DVR service, SiliconDust has always been a small company that seems happy focusing mostly on hardware.

“If people like another app better, then awesome, we want to support that,” Kelsey said. “Our DVR shouldn’t be perfect for everyone.”

Read closely the Quatro 4K Kickstarter page, and you’ll notice a small caveat: “Some popular client platforms such as Roku and Apple TV are not able to support all ATSC 3.0 features.”

Asked for more specifics, Kelsey said neither platform supports ATSC 3.0’s interactive features, such as the ability to watch broadcast content on-demand. That content comes through a combination of HTML and Javascript—a webpage, essentially—provided by the station, but Apple doesn’t allow HTML in tvOS apps. (Instead, it offers its own framework for using web technologies.) Roku, meanwhile, doesn’t support any kind of browser-like functionality at all.

When SiliconDust announced the Quatro 4K, its Twitter mentions were quickly filled with customers wondering what became of the HDHomeRun Prime 6, which the company announced back in 2019. Like previous Prime models, the Prime 6 was supposed to capture cable channels using a CableCARD leased from the TV provider, effectively allowing users to build their own whole-home DVRs setups.

Kelsey said the product is still in development, but wouldn’t give a timeline for when it might launch. He described challenges related to the copy protection on cable channels, general engineering issues, and the time it takes for CableCARD devices to be certified. SiliconDust faced those same issues while developing the previous, three-tuner version of the Prime.

“Six-tuner is heading through a similar process,” he said. “It’s neither fast nor cheap.”

While the Prime’s development issues may not concern cord-cutters directly, it could come in handy for SiliconDust if ATSC 3.0 becomes saddled with its own recording restrictions.

“On the plus side,” Kelsey said, “we do know the DRM side inside and out, unfortunately.”