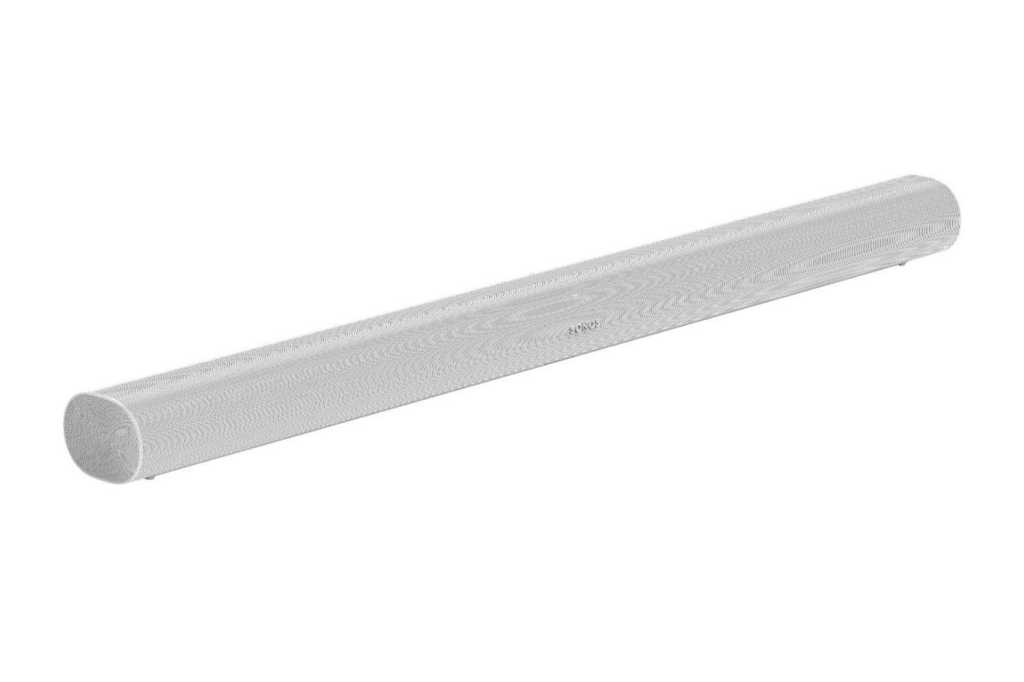 It’s been seven years since Sonos first debuted the Playbar, and while we were impressed by its audio quality at the time, the HDMI-less soundbar has grown decidedly long in the tooth. Now word has it that Sonos has a refreshed Playbar up its sleeves, along with a couple of other revamped Sonos speakers.

Updated May 6 to provide a link to our news story about the three new speakers Sonos announced: The Sonos Arc soundbar, Sonos Five tabletop speaker, and the Sonos Sub (Gen 3).

Dave Zatz of Zatz Not Funny! has some leaked images of the rumored new Playbar, along with a tantalizing (albeit unconfirmed) detail: Dolby Atmos support, a feature that’s become more and more common in recent soundbars.

The leaked Playbar images also reveal touch controls (versus physical buttons on the original model) and a cylindrical design (compared to the first Playbar’s rectangular look).

What the images don’t show are the new Playbar’s ports and inputs, particularly when it comes to HDMI. The original Playbar soundbar lacks an HDMI port, although it did have an optical (Toslink) input. It’s hard to believe that Sonos would release a soundbar in 2020 that didn’t have at least one HDMI port, and given that HDMI is a requirement for Dolby Atmos, I think it’s a safe bet.

Besides a new Playbar, Sonos is also rumored (as reported by 9to5mac) to have refreshes ready for a couple of its other popular speakers: the Play:5 and the Sub.

The second-generation Sonos Play:5 was released back in 2015 (the original came out in 2009 as the ZonePlayer S5), and the networked stereo speaker quickly gained a following thanks to its impressive sound and ease of use. In our review, we called the Play:5 a “spectacular speaker” that “knocks one out of the park” thanks to its “musical” audio and “outstanding” mesh network performance.

The 2012-vintage Sub, meanwhile, is one of Sonos’s older speakers, and our reviewer praised the original model for its “big bass presence” and its ability to pair nicely with other Sonos speakers. (It’s worth noting that despite its age, the existing Sub isn’t on Sonos’s list of legacy speakers that will no longer get software updates as of this month.)

Little is known about new features or functionality for the rumored Play:5 and Sub revamps, although some leaked images of the Sub and “Sonos Five” have appeared on Twitter.

So, when will Sonos unveil the new speakers? Well, the company has been teasing that it’ll have an announcement on May 6 (that’s tomorrow), so stay tuned.