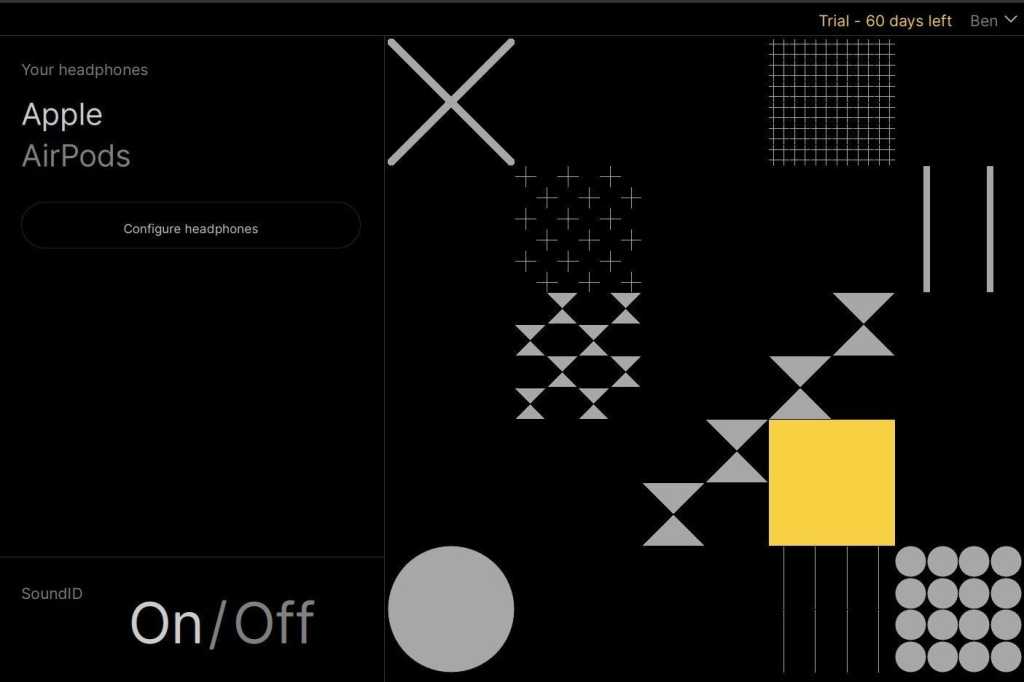 No two models of headphones sound alike, and they certainly don’t sound like what musicians hear in the recording studio. The audio gurus at Sonarworks are hoping to fix that with their new SoundID technology, which promises to bring reference-quality audio to your cans while also tailoring the sound to your own sonic proclivities.

Today, Sonarworks is debuting the desktop component of its SoundID technology. The SoundID Listen app takes control of your PC or Mac’s sound card and tweaks the audio based on the make and model of your headphones, as well your personalized SoundID profile.

Sonarworks unveiled its SoundID mobile app at CES back in January. The free app lets you choose the headphones or earbuds that you’re using before stepping you through the process of setting up a custom SoundID listening profile, which you then upload to the cloud and link to the desktop SoundID Listen app.

If the general concept sounds familiar, you may be thinking of True-Fi, Sonarworks’s first (and now discontinued) stab at boosting the audio quality of consumer headphones. SoundID takes the same concept but adds a simplified user interface that makes it much easier to create a customized listening profile, even if you’ve never laid eyes on a frequency response chart.

Besides its SoundID and legacy True-Fi software, Sonarworks is also responsible for Reference 4, a software suite that allows recording artists to calibrate their headphones and studio monitors to deliver true reference sound.

Sonarworks co-founder and chief product officer Martins Popelis told me that the first stage of the SoundID process does for consumers what Reference 4 does for musicians: It removes the “sound signature” of a given set of headphones (more than 360 makes and models are listed in Sonarworks’s database, including Apple AirPods) to “establish studio reference sound…which happens to be the same sound that artists actually hear in the studio.”

The next step involves what Popelis calls “preference optimization,” which involves comparing samples of music that sound slightly different to home in on your audio likes and dislikes.

Finally, a third stage of audio optimization is based on the brief hearing test that the SoundID app performs. “Human hearing is different from person to person and it changes with age,” said Popelis. “So we are measuring your hearing and then figuring out what type of improvement to your sound you might like and adjusting your SoundID profile.”

Once your SoundID profile is ready, the app uploads it to the cloud. You can then listen to SoundID-enhanced music on any Mac or Windows PC using the SoundID Listen desktop app, and you can also swap out one headphone profile for another without having to retake the SoundID test.

I took the various SoundID tests myself and then tried out my new profile using a pair of Apple AirPods and my Sony MDR-V60 headphones. The SoundID Listen app lets you quickly toggle your SoundID profile on and off, and the difference in sound is fascinating, if subtle. I tend to favor more of a warm, golden sound, and my SoundID profile definitely teased that out of my AirPods. The difference was less distinct with the MDR-V60, a headphone renowned for its flat, near reference-quality sound, but I could still detect the sweeter tones injected by my SoundID profile.

For now, SoundID Listen is only available for Windows and Mac, although Popelis said SoundID compatibility may eventually come to TVs, cars, and other platforms. The SoundID app for iOS and Android is (for now, at least) only intended for creating your SoundID profile, not for listening.

We’ll have a full review of SoundID Listen once we get more testing time, so stay tuned.