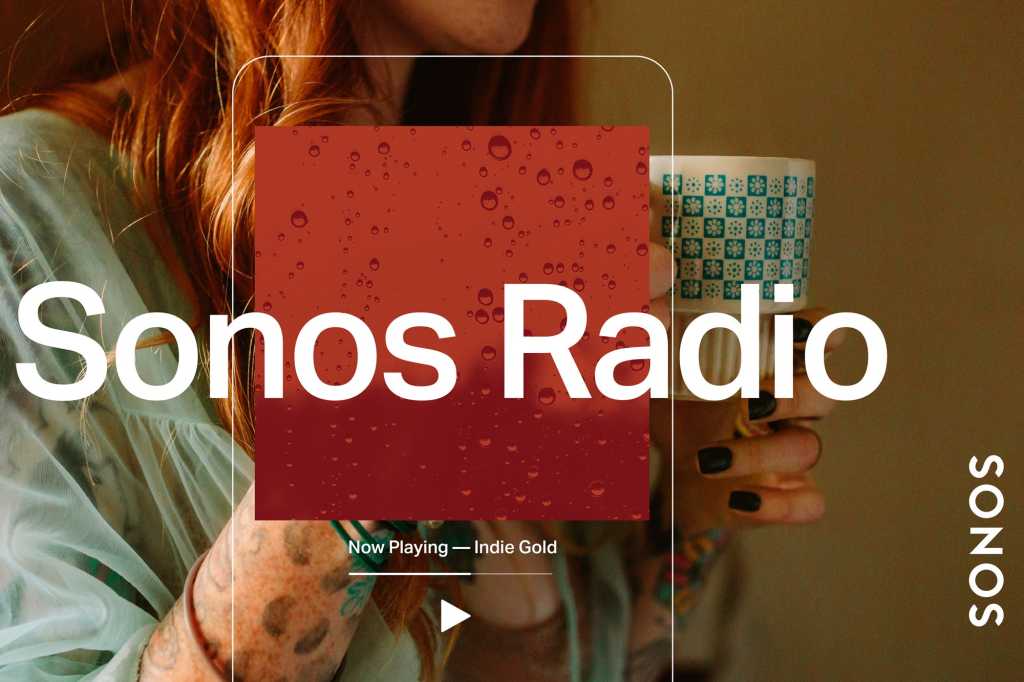 Sonos Radio, launching today, brings free streaming music—some of it free of advertisements—to all Sonos customers who install a software update now rolling out. Some of the more than 60,000 stations available—including Sonos Sound System and several “artist stations” curated by popular recording artists, such as Radiohead’s Thom Yorke and Talking Heads’ David Byrne—will be free from advertising. Sonos is also partnering with iHeartRadio and TuneIn to stream ad-supported radio, including news and sports in addition to music. Users will be able to stream participating local radio stations based on zip code.

Sonos Sound System will be curated and hosted by Sonos employees recording in a new radio studio built in Sonos’ flagship story in New York City. The station will focus on new and familiar music organized by genre: Blues Masters, Concert Hall, Indie Gold, and Punk Riot are just a few examples in the station’s catalog.

Sonos also promises to deliver behind-the-scenes stories and guest-artist radio hours hosted by the likes of Angel Olsen and Phoebe Bridgers. Artist-hosted radio hours will be released every Wednesday and run for 60 minutes with music, commentary, and the host’s latest work.

Curated artist stations will feature music from other musicians who have influenced, inspired, or otherwise captured the host’s attention. Thom Yorke’s artist station, In the Absence Thereof…, launching today, features music from artists that have inspired the Radiohead front man. “Here, in a new form,” York said, “is that ever rolling compilation/office chart habit of mine of putting together what I have found recently that fascinates or moves me, what obsesses me, challenges me, opens new doors, reminds me of what I might have, forgotten….”

Sonos says its Sonos Stations catalog is powered by Napster (formerly Rhapsody), which was the first streaming service available on the platform. Listeners who fall in love with any of the music they hear on Sonos Radio might want to seek out higher-resolution recordings of the tracks or albums they like most, as the music will stream at the relatively low bit rate of 128Kbps.

While that is the typical bit rate for internet radio, it’s lower than the 160Kbps Spotify offers subscribers to its free tier. Paid subscription services like Spotify typically offer bit rates starting at 320Kbps, while premium services such as Tidal and Qobuz stream lossless audio at 850Kbps or more. Traditionalists, meanwhile, might consider buying physical CDs, ripping them, and encoding them as FLAC files (provided you still have an optical drive, that is).

In other Sonos news, the company announced today that it commissioned American composer and pianist Philip Glass (Einstein on the Beach, Koyaanisqatsi) to compose a series of sonic logos (ranging from 3- to 30 seconds long) for the company. You can listen to the music here.