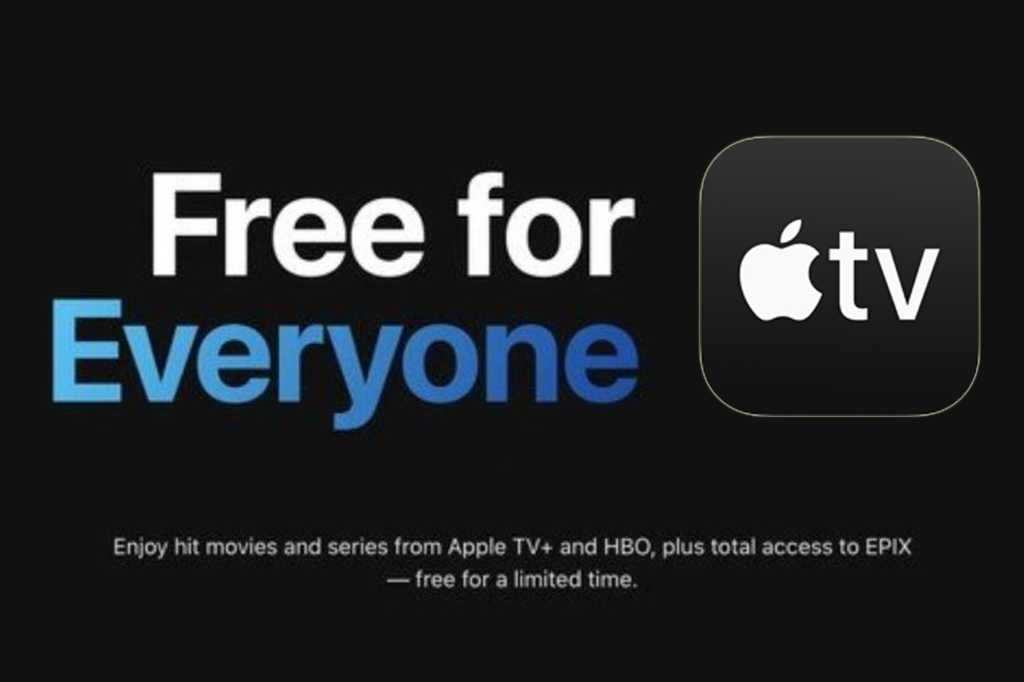 Following in the footsteps of HBO, Amazon, Epix, and AMC, Apple has unlocked several of its most popular TV shows for everyone to watch, even if you haven’t bought an Apple product since November. According to TV Line, the promotion is rolling out today in the U.S. and around the world beginning April 11.

To take advantage of the offer, you’ll need a device compatible with the Apple TV app, including any Apple device, Roku, Fire TV, Samsung and LG TVs, or a PC. You’ll also need to have an Apple ID, though no TV+ subscription is necessary to start watching.

While Apple’s Golden Globe-nominated The Morning Show isn’t among the free offerings, some excellent inaugural season are available in their entirety:

You can find the promotion under the Free for Everyone tab in the Apple TV app or at apple.co/freeforeveryone on your PC once it’s live in your area.