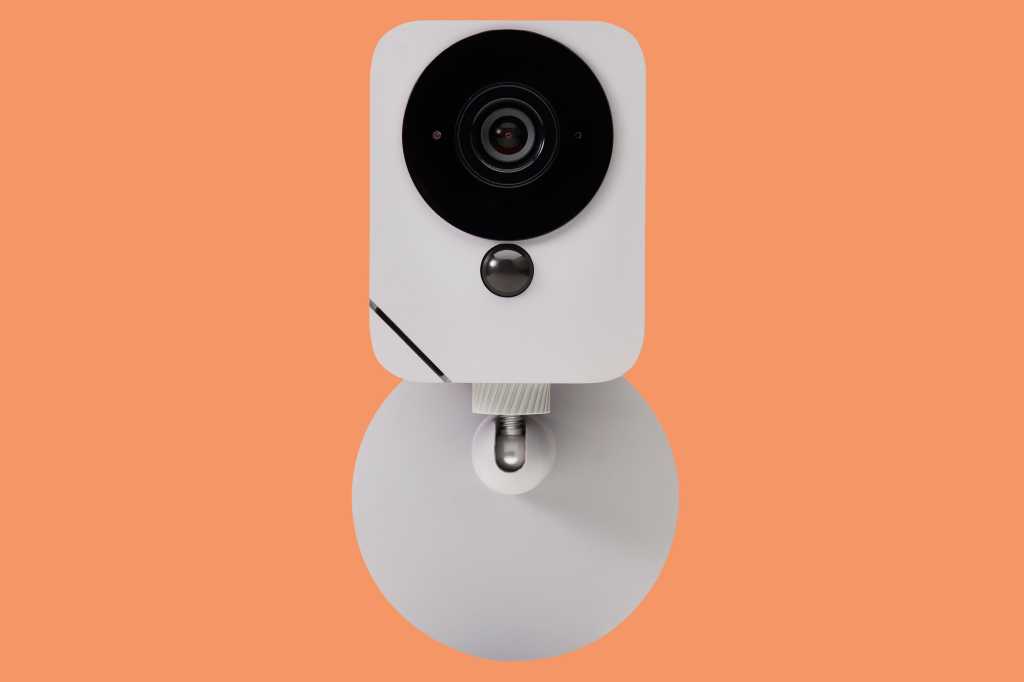 ADT
At a Glance

ADT’s Blue Outdoor Security Camera offers the freedom to be installed almost anywhere and comes with advanced motion detection features, but it’s not the most sophisticated offering in this market.

The camera offers a 130-degree field of view and 1080p high-definition video. Custom motion zones, and facial recognition, and two-way talk at no additional cost. With many cameras, if those first two features are offered at all, cost extra in the form of subscription plans.

You can use the camera on its own or with the excellent ADT Blue Indoor Camera and ADT Blue Doorbell Camera we’re reviewed previously. It can also be incorporated into a broader home security system with a base unit, keypad, and a variety of sensors from ADT’s DIY division, Lifeshield. If you go the latter route, professional monitoring is available on a month-to-month basis at $l9.99. This option also increases video storage in the cloud from one day to 30 days. If you just want more video storage, you can get 60 days of cloud storage for $2.99 per month per Blue camera, or $12.99 per month for an unlimited number of Blue cameras.

If all you want is increased video storage, you can take advantage of microSD card slot. It can accommodate cards with up to 128GB of storage and is doubly useful on occasions where your connection to the internet fails. The downside of relying on local storage, however, is that if a thief steals the camera, the forensic evidence of the crime goes with the camera.

Getting the camera up and running was easy. The first job is to charge its battery via a USB charger. The cable connector isn’t waterproof so it isn’t suitable for permanent connection unless the camera will be installed somewhere dry. Currently, there is no provision for connecting a solar panel that can trickle charge the battery when the sun is out. Battery power, on the other hand, gives you lots of flexibility when it comes to mounting the camera. And thanks to the ball mount on which the camera sits, it can even be mounted upside-down from a ceiling or rafter. If you do that, software in the app can be set to flip the image so everything appears the right way up.

Connecting to Wi-Fi is also simple. The companion smartphone app generates a QR code that encodes the network login details. You simply put the code in front of the camera, and it recognizes it, decodes it, and connects to your home network.

The image from the camera was sharp and I had no complaints. In good light, the high-definition picture really shows. At nighttime, the infrared picture was sufficient, but not as good as the daytime.

One of the biggest problems I usually face with security cameras is constant triggering as cars drive up and down the street in front of my house. The Blue Outdoor’s custom motion detection zones really helped here, allowing me to draw a custom area with the motion sensor’s 5-meter (16.4-foot) range that excluded the street, so that the camera was only triggered when movement occurred within the defined area. In my case, this was my front yard.

The type and number of alerts can also be customized on the smartphone app. Users can determine when to get motion alerts only at night, for example, or in the afternoon when your kids might be coming home from school. This is a good deal more complex than the motion detection settings on a typical battery-powered outdoor camera.

One of the downsides of being battery powered is that it will require recharging every now and then. How often that’s required depends on where it is installed. Battery life will be longest in an area with good Wi-Fi coverage and little movement to trigger the camera. Conversely, it will be shortest in an area with a weak Wi-Fi signal or one where it is being constantly triggered by movement. You can extend the camera’s range by deploying ADT’s $50 range extender, which also serves as a secondary chime for the company’s Blue Smart Doorbell Camera.

ADT says the Blue Outdoor Camera’s battery should last three to six months on a single charge, which reflects the difference in the number of triggers. That’s good enough for recharging not to become an annoyance. I couldn’t test it for that long, but in the couple of weeks I used it the battery did not degrade considerably.

Interestingly, the USB connector on the battery has a rubber gasket and tapped holes either side that appear to be ready for a screw-in waterproof cable. I asked ADT about this and they said it’s “to support future Blue by ADT accessories,” so I expect some sort of additional power option will be coming at some point.

Updated April 7, 2020 to report that we have leanred that the ADT Blue Outdoor Camera, ADT Blue Indoor Camera, and ADT Blue Doorbell Camera come with 30 days of video clip storage in the cloud, but that promotional offer ends after 30 days and changes to 24 hours of cloud storage. Buyers who want or need additional storage can get 60 days of clip storage in the cloud by paying $2.99 per month per camera or $12.99 per month for an unlimited number of ADT Blue security cameras. Customers must be logged into their accounts to change their storage options.