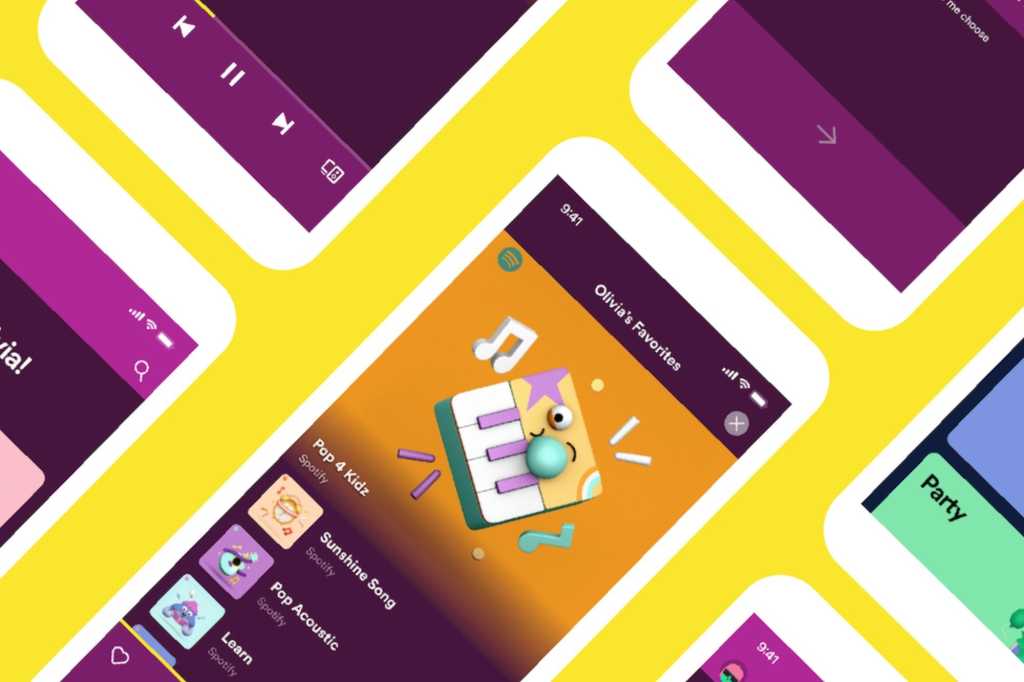 From Disney Junior and Mister Rogers to Billie Eilish and Beyoncé, the curated and ad-free Spotify Kids app comes loaded with thousands of tunes that’ll keep your kids bopping while they school from home, and the beta version is now available in the U.S. for download.

Boasting more than 125 hand-picked playlists, the Spotify Kids app is free, but only if you subscribe to Spotify’s $15-a-month Premium Family plan. Each of the kid profiles you create in Spotify Kids takes up one of the six slots in your Premium Family member allotment.

The Spotify Kids beta made its debut last October in Ireland, and it’s been gradually rolling out to other countries, including Sweden, Denmark, the United Kingdom, Australia, New Zealand, Mexico, Argentina, and Brazil. Today marks the first time the Spotify Kids beta has been available in the U.S., and it’s also coming to Canada and France.

Getting started with the app is easy. Once you sign in and create a four-digit PIN, you’ll be prompted to create your first kid’s profile, which consists of adding a name, entering a birthday (an optional step), and picking a colorful, cartoonish avatar. You’ll also be asked what kind of music your child will be listening to: either tunes for kids up to six years old, or songs aimed at older children (from five to 12).

Once that’s done, your little one can browse by scrolling down a lengthy column of playlists. Younger kids will see such curated selections as Disney Hits, Sesame Street, Dinosaurs, Pop 4 Kids, and The Wiggles, while older kids can choose from Taylor Swift, Frozen 2, Justin Bieber, Ariana Grande, Ed Sheeran, and Queen Bey.

Besides all the kid-oriented hits, your tykes can also listen to bedtime stories and books (from Captain Underpants to Little Women), along with lullabies, fairy tales, and even soothing ambient sounds (like ocean waves and gurgling rivers).

Kids can mark individual songs as favorites, and favorite tracks will appear in a playlist at the top of the main interface. Favorite songs are also downloaded automatically for offline playback.

As far as privacy goes, Spotify says that the Spotify Kids app only collects the name that you entered into your child’s profile, their birthday (assuming you added one), and “your child’s interactions” with the app (think search and listening history), along with “technical data” (such as IP addresses and device identifiers). That info is used to boost the accuracy of music recommendations, to “understand how you and your child” use the app, and to “ensure technical functionality,” according to Spotify.

The Spotify Kids app is available now in the Apple App Store and the Google Play store.