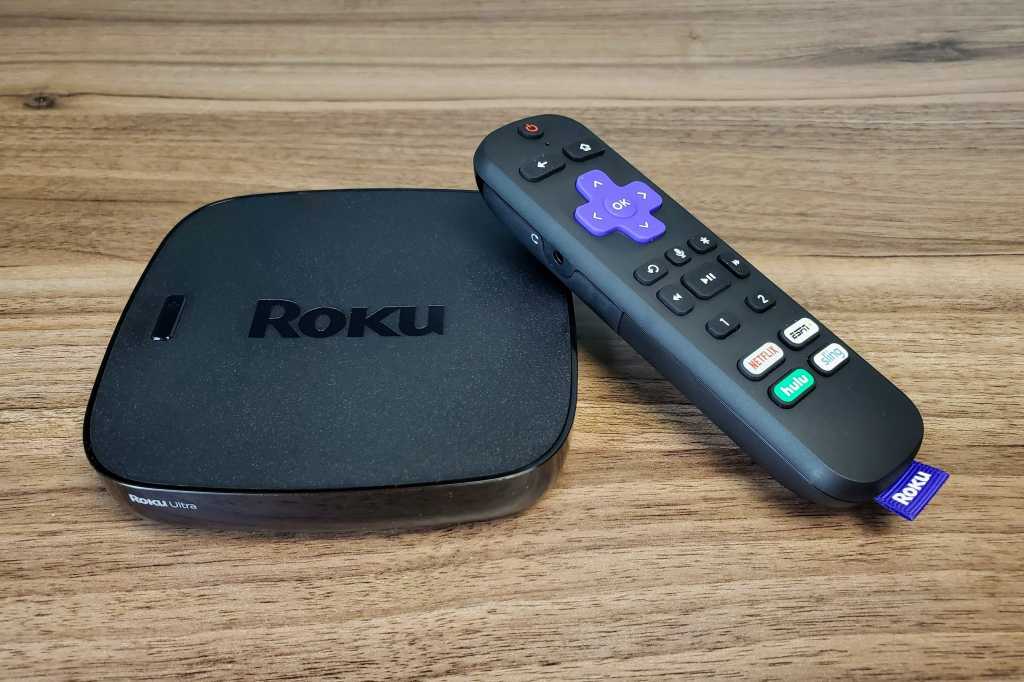 Slated for release next month, an update for Roku’s streaming video players will offer more “visual” results when searching with voice commands, as well as direct playback for videos and the ability to respond to Spanish commands.

The biggest improvements in Roku OS 9.3, which is set to begin rolling out to “select” Roku devices in April, are focused on Roku Voice, the feature that allows you to search for movies and TV shows and launch video channels using voice commands spoken into the Roku remote. The Roku Premiere+, Roku Streaming Stick, Roku Streaming Stick+, and Roku Ultra players all come with voice-enabled Roku remotes.

For starters, Roku OS 9.3 will enhance Roku Voice search results, serving up a more “visual” layout complete with categorized rows featuring relevant movies, TV shows, and “short-form” entertainment. The search results for a given title will be sorted according to price and won’t be biased in favor of a particular channel, Roku says.

The update will also allow for “direct playback” from voice search, meaning that if you perform a Roku Voice search for a given movie or TV show, playback will begin automatically “when possible,” Roku says. More than 50 of Roku’s video channels support the “Playback from Search” feature, including Acorn, HBO Now, and Showtime.

Roku Voice will also become more savvy when it comes to the news. For example, you’ll be able to jump to a “Roku Zone” featuring news channels when you say, “Show me the news,” or you can say “Play the news” to tune into ABC News’s live stream in The Roku Channel. To see a specific news stream, you’ll be able to say “Play the news on…” and then name your news source.

Spanish language support will be coming to Roku Voice in the U.S. and Mexico, allowing you to launch video channels and search for videos by title, actor, or genre, as well as control video playback. Meanwhile, Roku Voice users in Canada, Ireland, and the United Kingdom will get enhanced voice commands that are already available in the U.S., such as more “natural” voice commands including “I want to watch” or “Show me,” as well as media playback controls like “Fast forward” or “Pause.”

Non voice-related improvements included in the Roku OS update include a new navigation bar for the Roku mobile app that allows for quick switching between controlled Roku devices, as well as quick-access buttons on the remote control screen for launching recently viewed video channels.

Also new are “theme packs” that will allow U.S. users to customize their Roku home screens with matching wallpapers and screensavers, while Roku Smart Soundbar users will be able to use the TV interface to access more soundbar settings and pair Bluetooth devices or other Roku speakers, such as Roku TV Wireless Speakers or the Roku Wireless Subwoofer.

Finally, Roku says the update should shorten boot times for its various players, as well as boost the responsiveness of the Roku home screen and menu navigation.