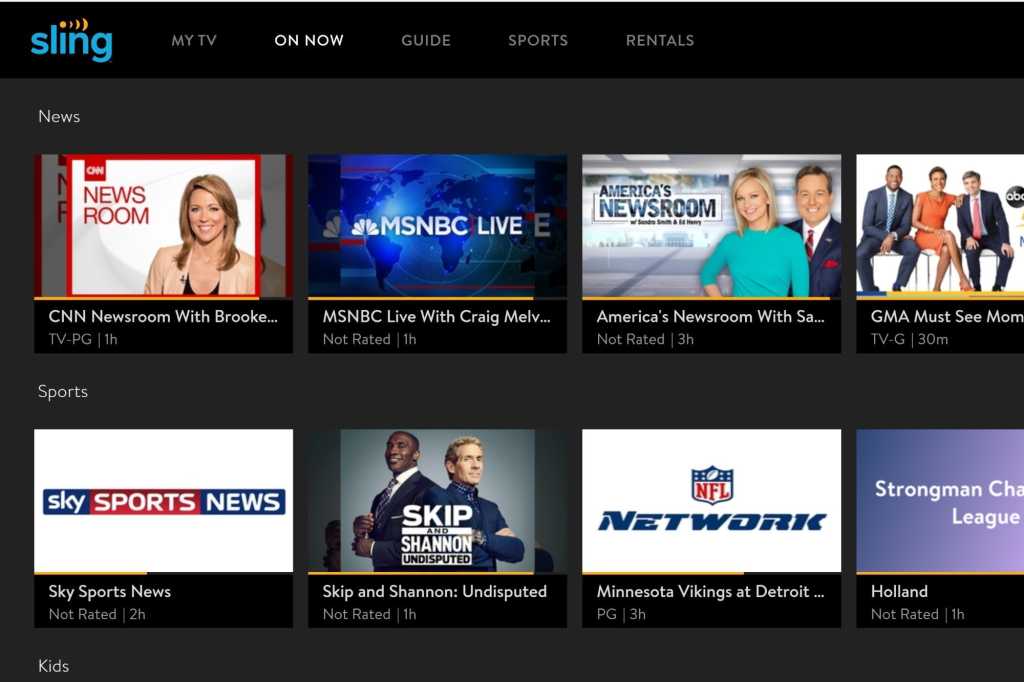 Barely a week after offering a free helping of ABC New Live and a slew of “family-friendly” shows and movies for self-quarantining viewers, Sling TV just announced that it will grant new subscribers 14 days of free access to its Sling Blue tier, which features more than 40 streaming TV channels. Sling TV also promised to serve up free streaming news channels for Amazon Fire TV users.

No credit card or subscription is required to sign up for the Sling Blue offer, which is slated to run through April 5. Sling Blue typically costs $30 a month.

Sling TV says the offer is a “public service” in response to the ongoing coronavirus crisis, which has triggered shelter-in-place orders in some of the biggest U.S. states. “We’re hoping to motivate Americans to stay home, and stay informed during this critical time,” Sling TV president Warren Schlichting said in a press release.

To sign up for the offer, you must be a new Sling TV subscriber, and you’ll have to submit your email address and ZIP code. Sling says that it “may contact you” about other Sling TV offerings, but otherwise there’s no further obligation. I signed up for the service myself, and once I submitted my email address, ZIP code and a password, I was able to start streaming shows immediately.

Sling TV also announced that users of Amazon’s Fire TV devices can now access some of its free streaming news channels, including ABC News Live, Fox News, and Cheddar News, directly from Fire TV’s “Live” tab. If you subscribe to Sling Blue (either through a paid subscription or the free 14-day offer), you’ll see the likes of CNN, HLN, and MSNBC as well.

The Live tab will also feature recently watched Sling TV channels, along with a dedicated “On Now” row of popular live shows offered through Sling TV. Beyond the Live tab, Fire TV users will also be able to browse Sling TV’s live channels through the Fire TV channel guide.

Earlier this month, Sling TV announced its “Stay in and Sling” initiative, which offers a variety of free news and children’s programming, along with a grab bag of free movies.

Updated on March 30, 2020 with details of Sling TV offering free streaming news channels to Amazon Fire TV users, along with integration of its channels in Fire TV’s Live tab and channel guide.