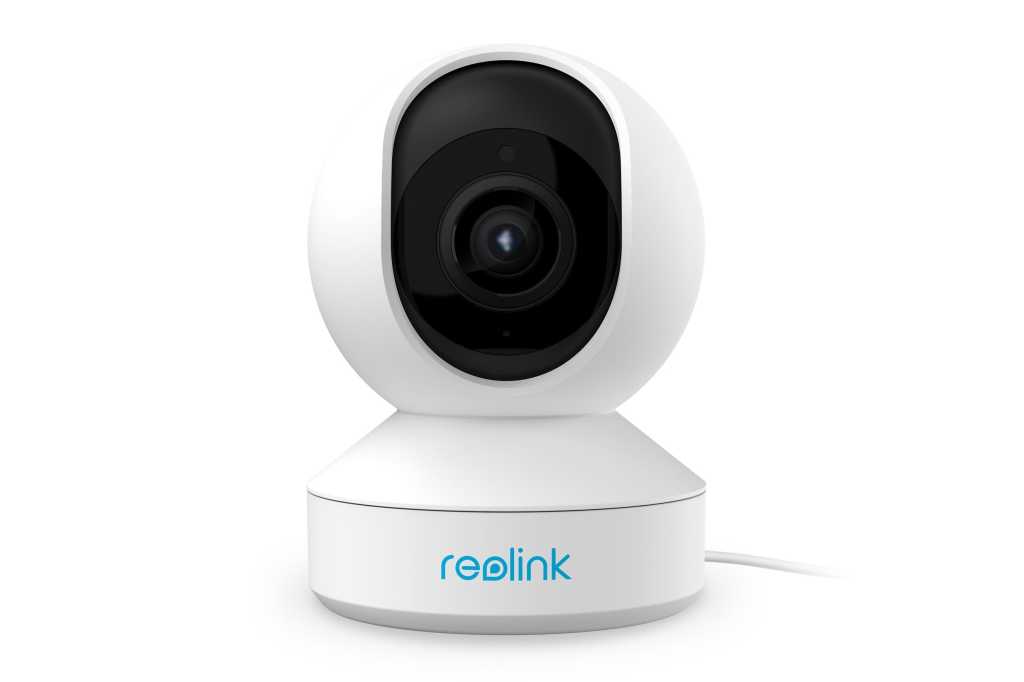 Reolink
At a Glance

The E1 Zoom is a solid security camera, but we encountered a few hiccups during setup and when using its pan-and-tilt features. The less-expensive E1 Pro delivers many of the same features, apart from optical zoom, and smoother performance.

The Reolink E1 Zoom is one of three pan-and-tilt Wi-Fi cameras in the company’s E1 line, the others being the E1 and the E1 Pro we reviewed recently. There are some marginal differences between the three, but they share the same basic security features and flexible recording options. As indicated in its name, the E1 Zoom adds a 3x optical zoom that the other two cameras don’t have. Ultimately, though that’s not much to distinguish it from the E1 Pro we’ve already tested.

The E1 Zoom uses the same 3 x 4-inch tennis-ball style body as the E1 Pro. Virtually all the essential hardware—lens, infrared LEDs for night vision, daylight sensor, status LED, built-in microphone, microSD card slot, and reset button—are located on the camera’s black face. A speaker and a power jack are on the back of the body and pedestal respectively.

The Zoom’s 5MP Super HD camera captures video in 2560 x 1920 resolution. That’s a significant jump in image quality from the 1920 x 1080 pixels you get with a Full HD camera, or the 1280 x 720 pixels from an HD camera. That’s paired with a 3x optical zoom that allows closer inspection of images with little loss in detail. The camera can also pan 355 degrees and tilt 50 degrees to give you more room coverage than many fixed angle cameras.

The E1 Zoom’s basic security features are identical to the E1 Pro: real-time alerts, two-way talk, a siren that can be triggered manually or by motion, customized voice-recordable alerts, and up to 40 feet of night vision.

One of Reolink’s strengths is the flexibility it offers for storing security video. Motion-detected clips are automatically saved locally to a microSD card (although you’ll need to provide one). While that keeps them close at hand should you need to provide the authorities with evidence of a crime, it also leaves them vulnerable to intruders who would want to prevent that by taking the card and/or the camera.

A third option is to connect the camera with Reolink’s 8-channel NVR (network video recorder) to enable 24/7 recording. It’s sold separately for $220. You can connect cameras either wirelessly or with an ethernet cable. Power over ethernet (PoE) is supported as well, eliminating the need to plug the cameras into AC outlets.

Reolink camera setups have been simple and smooth in my experience, so I was a little surprised to encounter a hiccup when installing the E1 Zoom. The basic process—in which you’re guided by a series of app and voice prompts to pair the camera and connect to your Wi-Fi—went smoothly until the end, when the voice prompt told me I had successfully connected the camera while the app said the connection had failed. After repeating the process a couple of times with the same result, I simply closed and reopened the app to find the camera was indeed connected.

The Reolink companion app looks like it got a new coat of polish since I last used it, but the basic functionality is still the same. A row of icons below the live feed let you play/pause the video stream, mute/unmute camera audio, record video and screenshots, change resolution, and enter full-screen viewing. At the bottom of the screen is another row of buttons for using the push-to-talk and pan-and-tilt features, to play back video clips, and take a zoomed-in look at the current camera image using a tool called Clip.

The E1 Zoom delivers a tack-sharp image. Colors are bright and accurate in daytime mode, and night vision illuminates the scene evenly and with good contrast. In either case, making out a person’s facial characteristics and clothing details or a vehicles license plate is easy.

Pan-and-tilt also works well. You direct the camera using a virtual joystick for wide sweeps and cardinal-point arrows for more incremental movement. It responds quickly and rotates smoothly and with minimal motor noise.

There are three additional options adjacent to the joystick: Zoom, Focus, and Auto. The first two allow you increase or decrease each using a pop-up slider, but each time I changed the value of one, the other changes in kind—if I increased zoom, focus increased right along with it and vice versa. It begs the question why there are two buttons if their controls do not work independently of each other.

The auto button should pan the camera back and forth a couple of times to give you a complete look at the room before returning to its starting point—that’s how it works with other Reolink cameras, anyway—but it was completely unresponsive in my tests. The marking feature that lets you set and name waypoints, available with the E1 Pro, isn’t included here and I missed it, as I often want to pan-and-tilt to monitor just an area of the room rather than the entire space.

Motion detection worked well, however, and I got alerts quickly. Tapping an alert opens directly to the live feed, so you can see what might have triggered it. If you’re getting notifications too frequently, you can adjust the sensitivity of the motion sensor on a scale of 1 to 50. You can even set different sensitivities for up to four time blocks.

There’s also a motion zone feature that enables you to mask out monitoring areas you don’t want receive alerts about. But it uses the same pen-and-eraser input I didn’t like in the E1 Pro. I’ve found this method, which requires you to draw masking areas using your finger, to be finicky and imprecise, especially compared to the more common grid method where you just select individual squares to block in or out monitoring areas.

The E1 Zoom integrates with Google Home and Amazon Alex. You can pair it with one of either platform’s smart speakers to enable voice operation. I used it with Alexa and only had to ask it show me my camera to view its feed on an Echo Show.

Despite the criticisms I mention above, the E1 Zoom is a decent indoor camera. The differences between it and the E1 Pro are negligible, though. Aside from the Zoom’s addition of its namesake feature and use of a 5MP camera over a 4MP one, I could find little to distinguish them other than the fact that I encountered none of the hiccups with the Pro that I did with the Zoom. Consider that when making your choice.