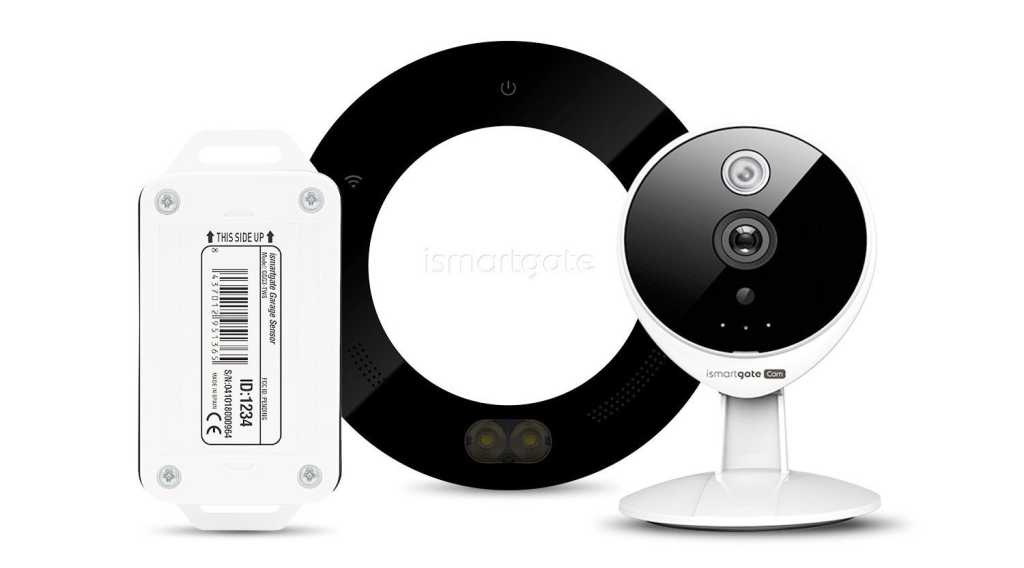 Image: iSmartGate
At a Glance

This undercooked garage door opener is difficult to install and is only barely functional most of the time. There are better options.

Laden with a confusing name, iSmartgate doesn’t just make smart home hardware for security gates—though that’s its distinct focus. Its gear can also be installed in your garage, and as such, the new iSmartgate Pro has a powerful selling point: It can be wired up to three garage doors simultaneously, a trick that even the best-in-breed Chamberlain myQ can’t do. This is potentially a big money-saver for people with three garage doors.

Getting there, however… well, there’s the rub.

This review is part of TechHive’s coverage of the best smart garage door controllers, where you’ll find reviews of competing products, plus a buyer’s guide to the features you should consider when shopping.

The iSmartgate Pro is a wired garage door controller, much like the Nexx NXG-200 and Garadget devices. To set up the iSmartgate Pro, you connect it to the terminal posts on your garage door with the included wires, stick a wireless sensor to the door itself, and program the system via the mobile app. It would seem to be a straightforward process on face value, but in the case of iSmartgate, none of this installation is simple.

My problems literally began when I opened the box, as the iSmartgate Pro didn’t include any sort of manual. Instead, I found only a slip of paper with a QR code on it, and after scanning the code I was led to a webpage and directed to download a mobile app. The problem, as it later turned out, is that the paper included in the box offered instructions for a similar-looking but wholly separate product, and it even directed me to download the wrong app.

Trying to configure this app to work with the iSmartgate Pro was unsuccessful. Nonetheless, after a full day of dismissing setup failure errors, I did manage to get the device to successfully connect via Apple HomeKit (the first step of the setup). Tech support finally alerted me to the problem, but the experience wasn’t the most positive way to start my installation.

With the app finally configured, it was time to connect the iSmartgate Pro to my garage door. Again, no instructions were provided, but I eventually stumbled upon some guidance in the form of two YouTube videos produced by the company. Here I discovered that iSmartgate has an online compatibility checker, and I learned that—just like Nexx and Garadget—the iSmartgate is not compatible with two of my more recent vintage Liftmaster garage doors. Unlike those other two devices, iSmartgate doesn’t offer a workaround, though it does suggest a potential fix where you wire the controller to your garage door opener buttons instead of the garage doors themselves. Adding yet another step to installation, you are instructed to email the company for instructions on how to do this.

Resigned to test this product on only one garage door, I wired the iSmartgate directly to my single compatible opener’s hardware, following the instructions I cobbled together via online searches. Again, one of the selling points with the device is that it can control up to three openers, and if you’re keen on trying this, wiring the controller to three buttons (presumably all next to one another) would indeed be a much less complex way to go. But connecting the device to three different openers would require a considerable amount of additional wiring (which you will need to provide yourself) and create a much bigger headache.

iSmartgate’s hardware requires a small flathead screwdriver to connect its wiring, and I had a lot of trouble with leads slipping out unless I really clamped down the terminal posts—to the point where I feared I was overtightening them. Wiring polarity also matters with the iSmartgate, so you’ll need to make sure you follow the online instructions closely when connecting the white and brown wires to the opener.

Finally, the other piece of the operation is the door sensor, which can be attached directly to the door with included tape. Power comes via two tiny 1.5-volt batteries, which have to be installed and secured via an access panel that attaches with four screws.

At any rate, after considerable trial and error, I finally had everything working, more or less.

The iSmartgate app offers a somewhat kitschy interface featuring a photo of a garage door next to a control icon. Slide the icon upward to open the door and downward to close it. A log of recent activity can be found underneath. The system is fairly slow to respond to commands, and it takes up to 20 seconds for open/close orders to be received and processed. Once accepted, the iSmartgate beeps for a few seconds to alert those potentially in the way of the door, then it opens or closes the door—that is, if you don’t encounter a connection problem.

I spent more time in the iSmartgate app dealing with a spinning “Connecting…” error message than I did actually using the app, and the system felt like it was offline more than it was online. The result was that it could often take several minutes of retrying and waiting to get the door to open or close, which hardly adds any “smarts” to this operation.

iSmartgate is designed with a handful of interesting bonus features, including the ability to play a song of your choice when you come home (via an uploaded .wav file). There’s also a simple companion camera, the iSmartgate Cam), but if you want to integrate it with the opener hardware, you’ll have to pay an extra $30 annually for add-on software (the first year is included). Otherwise you can use the camera with its separate app, account, and configuration. The system also supports Google Home and IFTTT, but it only works with Alexa via IFTTT as an intermediary.

All of this is managed via iSmartgate’s settings menu, and getting there is surprisingly tricky. Your username and password are required to access the settings, and after initial setup I found that my password didn’t work. A lengthy back and forth with tech support revealed that the username is not the one I’d set up but rather “admin,” and creating a password for this account was a bit of an ordeal requiring a manual reset. Eventually I got it working, whereupon I found a decidedly dated and non-intuitive method of managing key settings.

There’s no way of knowing if my experiences were unique, but I had so many different types of problems with iSmartgate—from start to finish—that it seems likely others will have difficulty with the system, as well. While the $249 price tag seems high, it would actually be reasonable considering its unique support for three doors simultaneously. Alas, the fact that it just doesn’t work well and my general lack of confidence in the product pretty much kills the whole thing.