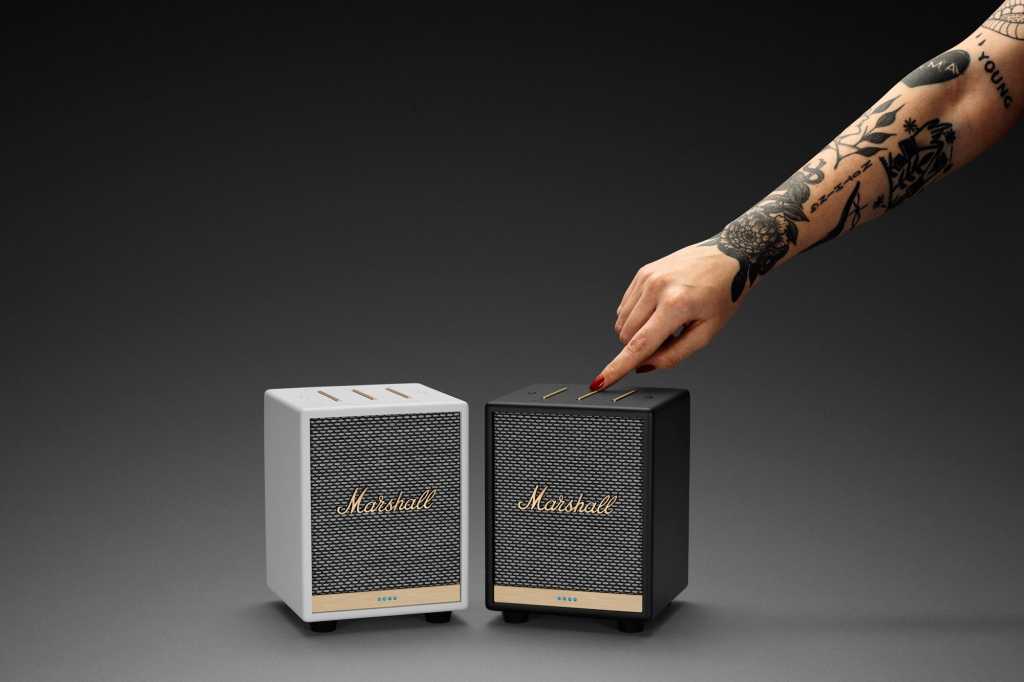 We’ve reviewed many of the Bluetooth speakers that Zound Industries manufactures under license from Marshall Amplification, but the brand-new Uxbridge Voice is destined to be the cutest. The enclosure measures 5.04 x 6.61 x 4.84 inches and weighs just 3.06 pounds. Brass rocker switches resembling guitar frets on top of its cabinet control volume, treble, and bass; there’s also a mute button for the onboard far-field microphone array. The iconic Marshall logo is mounted over a tweed grill.

Despite its diminutive dimensions, this speaker isn’t part of the portable Marshall series. Lacking an onboard battery, it must be plugged in to an AC outlet at all times (like its much larger cousin, the Marshall Stanmore II Voice). Powered by a 30-watt Class D amplifier, Zound says the speaker will deliver maximum sound pressure level of 96dB at one meter and offer frequency range of 54Hz to 20kHz. The smart speaker supports the Amazon Alexa digital assistant and Apple’s AirPlay 2 multi-room audio technology.

The Marshall Uxbridge Voice smart speaker is expected to be available on April 8 for $199. Zound says it will ship a similar SKU with support for Google Assistant instead of Alexa in June, presumably for the same price.