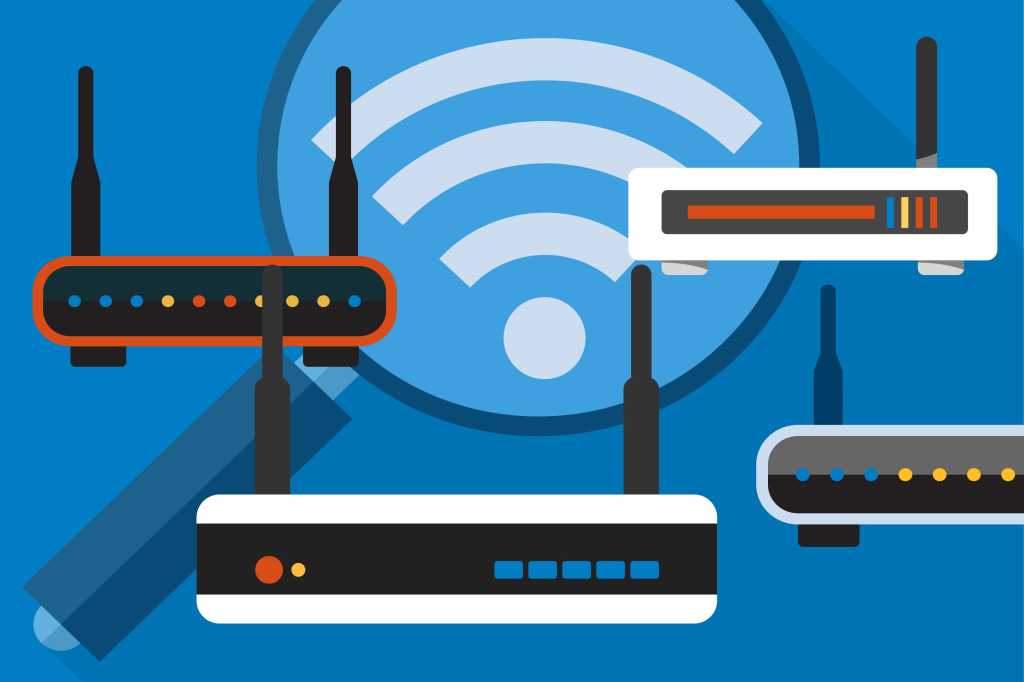 Home Wi-Fi problems were easy to ignore when it was just the occasional pause of a Netflix stream, or uploading a GIF took a few seconds longer than it should. But if you’re working at home—and your kids are learning at home—during this corona virus pandemic, you need your router to operate at peak performance.

Before you start shopping for a new router, there are lots of things you can do to improve the performance of your current hardware.

Tip: If speed is the issue, use an app such as Ookla’s Speedtest to see if performance improves between each troubleshooting step. Be aware, however, that this tool measures the speed of your connection to the internet, not the maximum speed your router is capable of achieving while transferring data over your local network.

When in doubt, reboot

Use the app that came with your router or log into its web interface to restart your router. If you can’t find the app or are otherwise unsure how to log into it, turn the router off, count to 10, and turn it back on. If your broadband gateway is separate from your router, do the same with it (in fact, do that first, wait for it to finish booting, and then reboot your router). It’s amazing how often a simple reboot can fix any issues you might be having. This isn’t a cure-all by any means, but the best strategy when troubleshooting any technical issue is to start with the simplest fixes and gradually move up to more difficult operations.

For a more permanent performance improvement, move your router to a central location inside your home, clear of surroudning clutter. If it’s buried in a closet, banished to the basement, or sitting on the periphery of your home, the Wi-Fi signal will have difficulty reaching the places it needs to be.

Walls aren’t the only barriers that can slow down wireless performance. Obstacles such as appliances, fireplaces, metal file cabinets, cupboards, and cabinets can also absorb Wi-Fi signals. You can expect devices like cordless phones and microwave ovens to disrupt your wireless router—particularly the 2.4GHz band—while they’re in use. If you live in a multi-level home, the ground floor might not be the optima

In a two-story home, the best location would be the ceiling of the first floor, or as close to the floor that you can get on the second floor. The more obstacles a Wi-Fi signal must pass through, the weaker it becomes.

TIP: You might need to hire a technician or contact your broadband service provider to string telephone wire (for DSL) or coax cable (for CATV service) to this central location. In most homes, these connections are located on the inside of an outer perimeter wall. If your broadband gateway (your DSL or cable modem, for instance) is separate from your router, consider leave it in place and just pulling ethernet cable (CAT5e or better) to the place you want to set up your router. This is low-voltage wiring, so the work doesn’t require a licensed electircian.

Did your router feel hot when you rebooted it? It might not be getting enough ventilation. Is it placed in such a way that its vents are blocked by a wall, a book, or some other obstruction. It could also be too close to another piece of equipment that’s generating heat, such as a gaming console or a set-top box. Make sure there is enough room on the sides and top so that air can circulate around it, and that’s it’s sitting on a hard surface where air can flow under it, too.

Wi-Fi routers use radio frequencies to transmit and receive data, and those frequencies are divided into several channels. Anyone living in a dense urban area might be seeing poor performance simply because there are too many Wi-Fi routers utilizing the same channel.

This is particularly important in the 2.4GHz spectrum, which has fewer non-overlapping channels than 5GHz spectrum does. Most modern routers are capable of automatically selecting their own channel, which means you may not see much of a change with this step if you have a relatively new router. This suggestion is more for people with older routers—particularly single-band 2.4GHz models—or with low-performing routers from their ISP.

Before changing the channel, the first step is to see where all the saturation is. Download a Wi-Fi analyzer app such as Wifi Analyzer for Android, Vistumbler for Windows, or iStumbler for Mac. These apps can detect routers near you and display which channels they’re using.

Once you have the list, log in to your router using your router’s app or its web interface, choose a less-crowded channel, and re-test your speeds. It might take a few tries before you find a channel that delivers the best performance.

If the Wi-Fi issues affect only one PC in the house, it may be the computer that’s the problem. Try updating that the driver for that computer’s Wi-Fi adapter. In Windows 10, right click on the Windows “Start” button and select Device Manager from the context menu.

In the window that opens, expand the Network adapters section. The wireless adapter should then be clearly marked. In the example shown here it’s the “Qualcomm Atheros QCA9377 Wireless Network Adapter.”

Right-click on the device and select Update driver. In the window that opens, select Search automatically for updated driver software.

Advanced users could also search for new drivers directly from the manufacturer.

Anyone with a dual-band router might be seeing issues because everyone is crowding the more common 2.4GHz frequency band.

While 5GHz is much faster, its range isn’t as great. Try putting devices with dual-band Wi-Fi adapters that are typically closest to the router on the 5GHz band. Even if we’re only talking about an Amazon Echo, a console, or a nearby desktop computer, it could make a big difference.

Many modern routers have Quality of Service (QoS) settings that control which types of network traffic get priority, although this is less common with mesh network routers, which tend to handle things without need of user intervention.

QoS ensures that applications intolerant of network lag—media streamers, gaming consoles, and the like—get higher priority than applications, such as file downloads and Torrents, that aren’t negatively impacted by lag.

If your router has user-configurable QoS settings, make sure the setting is active and that it’s properly configured for the way you use your Wi-Fi network. You’ll need to have an idea as to which network clients are performing the most poorly for this to be useful, though if you’ve read this far you probably already do.

To adjust your router’s QoS settings, log in to its admin panel using its app or web interface and check to see if its QoS feature is enabled. If it’s not, turn it on, and then see if that improves performance after a few days.

If QoS is already on, you can typically rank various types of network traffic for priority, assigning the highest priority to things like VoIP, video streaming, gaming, web browsing, and file downloads in that order. Some routers will have more fine-grained controls with ways to set rules for specific services or networking protocols. You might also be able to prioritize by device using MAC addresses.

Now we’re getting a little more advanced, but this is the last step before we recommend buying stuff. There are times when routers can end up with a bug or some other software issue that inhibits performance. That’s why checking for firmware updates is always a good idea.

Exactly how you upgrade your firmware depends a lot on your brand of router. In general, however, you’ll log into the router’s dashboard its app or web browser, go to the “Administration” or “Advanced” section, and select the firmware upgrade option. Most newer routers will download the files automatically; others need you to download the file to your computer and then upload it to the router via its user interface.

Consult your router’s manual for specific instructions on how to upgrade. If you don’t have the manual, it’s likely available as a PDF on the manufacturer’s website.

If you have a Wi-Fi router with removable external antennas, you could try purchasing high-gain antennas. This can noticeably boost the signal. There are many universal antennas out there, as well as replacement antennas that are guaranteed to work with the more popular router models.

Make sure the antenna is compatible with your Wi-Fi type. If you have an 802.11ac Wi-Fi router, for example, an 802.11n antenna won’t give you the performance boost you’re looking for.

You’ve tried everything else, but to no avail. We’re getting close to the final breaking point where a new router may be your only option. Before we get there, however, we’ve got one final trick up our sleeve: range extenders.

A Wi-Fi range extender works like an extra Wi-Fi hotspot for your home network. It boosts the Wi-Fi signal without the need to create a new network name the way a signal repeater does. Extenders also tend to perform better than repeaters.

When you’re out shopping, you might encounter some devices called “Wi-Fi Boosters.” Usually, these are just extenders by another name, but sometimes the term is used for repeaters as well. Read the packaging to make sure you’re getting the right device.

If all else fails, it’s time to admit you need something new. There are a lot of options to consider here. While we generally discourage the idea of renting a router from your ISP, if funds are tight, you might be able to get a higher-quality router from your service provider for a few extra bucks a month.

If you live in a larger home, take a serious look at a mesh Wi-Fi system. Mesh systems are excellent for blanketing large spaces in Wi-Fi coverage because they deploy multiple access points. We’ve tested a number of Wi-Fi 5 (802.11ac) mesh Wi-Fi routers to date, and will be updating that list with Wi-Fi 6 (802.11ax) routers in the very near future.

Smaller homes can try a conventional Wi-Fi 5 or Wi-Fi 6 router, which will be slightly more expensive than a Wi-Fi 5 model, but generally cheaper than either generation of mesh system. Remember, however, that your client devices will need to have a Wi-Fi 6 client adapter to get the best performance from that type of router.

Buyers should also take into account the broadband speed their ISP can deliver. Buying a high-end Wi-Fi 6 mesh router with a 2.5Gbps WAN port is overkill if you can’t get gigabit internet from your service provided. If you routinely move very large files around your local network, on the other hand, a high-end router will serve you well

Bottom line: If these tips don’t deliver the router performance you need, buy a new one that comes the closest to what you need and can afford.