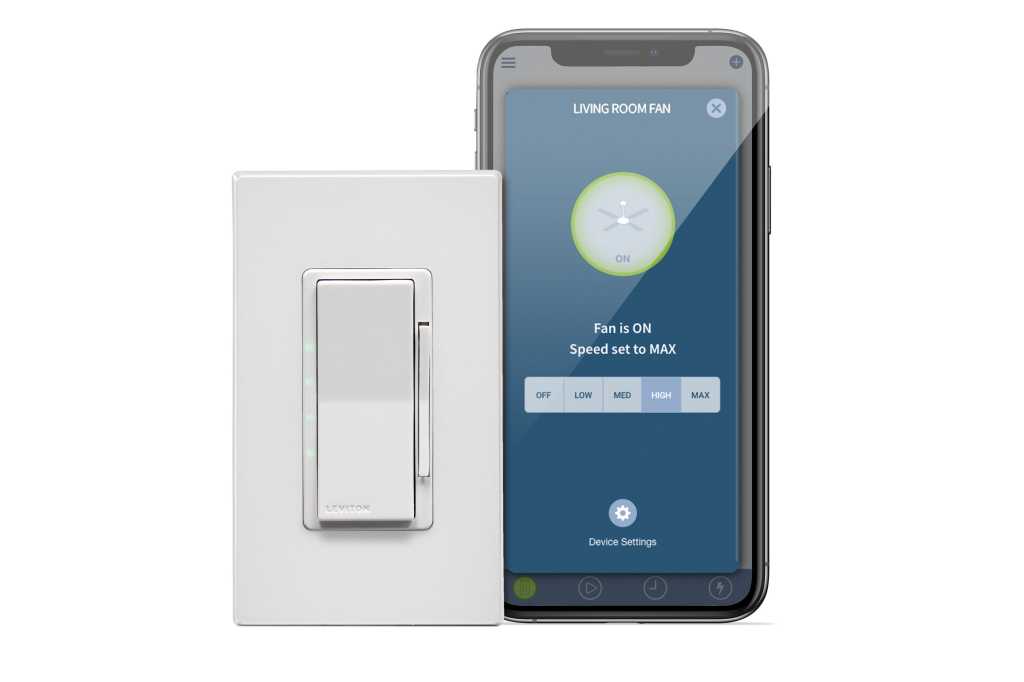 The Leviton Decora Smart Wi-Fi 4-Speed Fan Controller is a very, good product; it just isn’t the best in its class.

I used to recommend picking one smart home ecosystem and sticking with it. Start with Z-Wave or Zigbee or Lutron or Wi-Fi for lighting control and stay with that platform when you choose a smart thermostat, garage-door controller, water-leak sensor, or what have you. Times have changed, so that advice isn’t as valid as it once was. Smart home dabblers might want to follow it, but enthusiasts are better off buying the best device in a given category, regardless of protocol. And as much as I like the Leviton Decora Smart Voice Dimmer with Amazon Alexa, I don’t think the Leviton Decora Smart Wi-Fi 4-Speed Fan Controller is the best one on the market.

Leviton’s product isn’t a bad choice by any measure, it’s just that the Lutron Caséta Smart Fan Speed Control is better—even if is more expensive if you don’t already have a Lutron Caséta Bridge. The best reason to use a single smart home platform is so that you’re not dealing with multiple apps to control everything. But as smart speakers like the Amazon Echo and Google Home have risen to prominence, that’s no longer much of an issue.

Once you’ve set up a new smart home device and connected it to your digital assistant of choice, you don’t need to deal with each manufacturer’s app. You can use the smart speaker’s software to do pretty much everything, including tying devices from otherwise disparate ecosystems together so everything can be controlled with voice commands.

What if you don’t want a smart speaker in your house? Then you will be happier sticking with one ecosystem. And if you also don’t want to deal with a smart home hub, smart home devices that operate directly over Wi-Fi—such as everything in Leviton’s Decora Smart Wi-Fi lineup—are the better choice. Let’s take a deep dive into the Decora Smart Wi-Fi 4-Speed Fan Controller to evaluate its pros and cons. 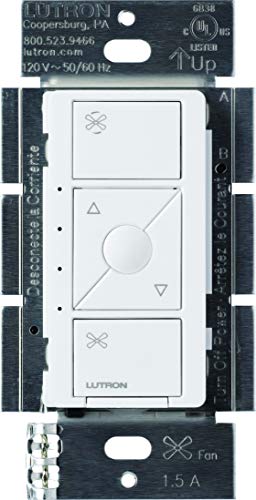 The most obvious feature that sets Leviton’s fan controller apart from Lutron’s is that it doesn’t require a hub or a bridge. It connects directly to your Wi-Fi network on either the 2.4- or 5GHz frequency bands. Depending on Wi-Fi could leave you vulnerable to range issues, but this shouldn’t be a problem if you’re using a newer router, especially if it’s a mesh network model.

The other major difference is the controls on the device itself. Where Lutron’s fan controller has five buttons to control on, off, fan speed up and down, and a center button that can remember a “favorite” setting, Leviton’s device has one broad rocker to turn the fan on and off, and a second wafer-thin rocker to the right of that to select fan speed. I like that the primary rocker provides obvious visual confirmation as to whether the switch is in the on or off position (the ones on Leviton’s Z-Wave products don’t “flip”). But the thinness of the speed control rocker makes it somewhat uncomfortable to press. Here again, however, it’s an improvement over Leviton’s Z-Wave fan controller, which is horizontally oriented above the on/off paddle.

Unlike Lutron, Leviton doesn’t offer an optional wireless remote control that you can carry around with you (or mount on a wall at another location). Lutron’s Pico remotes aren’t cheap, however; the fan-control model costs $30.

A column of four LEDs on the left side of the controller light provide a visual indication of the fan’s speed, and an LED beneath the on/off paddle lights up when the fan is off, to help you locate it in the dark. You can also choose to turn that LED off or have it light up only when the switch is in the on position. While Leviton’s device doesn’t have a favorite setting, it can be programmed to start the fan at whatever speed it was at when it was last turned off.

As with its dimmer/smart speaker hybrid, Leviton’s app lets you tweak lots of the fan controller’s settings. You can program the speed-indicator LED stack to stay on for between one to 25 seconds after a change, for example, or have them stay on all the time. You can program the fan to automatically shut off after a defined amount of time elapses, ranging from one minute to 12 hours; and you can set default minimum and maximum speeds (the default minimum or maximum speed could be set to medium, for example).

You can also group all your Decora Smart Wi-Fi devices into rooms for easier management, so you can create rules (“activities,” in Leviton parlance) to control all the devices in that room at once.

Any of Leviton’s Decora Smart Wi-Fi devices can be programmed to operate on a schedule, which could be very useful if the fan is installed in a room that gets very warm at a given time of day. You can also schedule the fan to turn on at sunrise and off at sunset (or even a few minutes before or after those events).

IFTTT is supported, too, which means you could tie the fan to a smart thermostat, so that it turns the fan on automatically when the air gets warm. Voice commands, however, are likely to be the control mechanism most people will use with a connected ceiling fan. To that end, everything in the Decora Smart Wi-Fi line supports both Amazon Alexa and Google Assistant.

As is common with Leviton’s smart lighting controls, the Decora Smart Wi-Fi Fan Controller depends on the presence of a neutral wire in the junction box. And you’ll need one or more companion switches (Leviton’s model DD00R, $20 each) if the fan is on a three- or four-way circuit. Leviton uses pigtail wires and wire nuts instead of backstabs, and since the fan controller will probably be deeper than whatever you’re replacing, you might have difficulty stuffing everything back into the box, especially if there are adjacent switches. I didn’t encounter this problem, though, even though I was installing it next to one of Leviton’s equally thick Z-Wave dimmers.

Leviton’s Decora Smart Wi-Fi products come with two-piece cover plates (a metal sub-plate that you screw to the J-box, and a polycarbonate cover that snaps on to that, hiding the screwheads). I couldn’t use it, though, as I installed the fan controller in a two-gang box and Leviton only provides single-gang covers with the device. If you like the look and need more than a single-gang plate, Leviton sells them separately in up to six-gang configurations (search for “Decora Plus Screwless Wallplate). It’s worth noting here that Lutron has similar screwless cover plates, but its controls don’t come with any—screwless or otherwise.

Once you’ve wired up the fan controller, you’ll use the My Leviton app to establish a Bluetooth connection to the device. The final step is to transfer control to your home Wi-Fi network. Leviton has a separate Wi-Fi product line if you’re looking for HomeKit-compatible smart home devices, but it currently doesn’t include a fan controller and this one is not HomeKit compatible.

If you never interact with the physical controls on Leviton’s Decora Smart Wi-Fi 4-Button Fan Controller and only use Leviton’s app or a digital assistant to control it, it’s every bit as good as Lutron’s Caséta Smart Fan Speed Control. The design of Lutron’s wall controller is a lot busier, but it’s also much more useful. And if you want to add fan control to another wall that’s not currently wired for it, Lutron’s Pico remote makes it easy.

On the other hand, Leviton’s controller doesn’t require a bridge to your Wi-Fi network, and the company has a very good app for controlling and programming its smart home devices. And if you crave consistency and have already bought into Leviton’s Decora Smart Wi-Fi lighting controls, you’ll encounter a very flat learning curve when you install its fan controller.