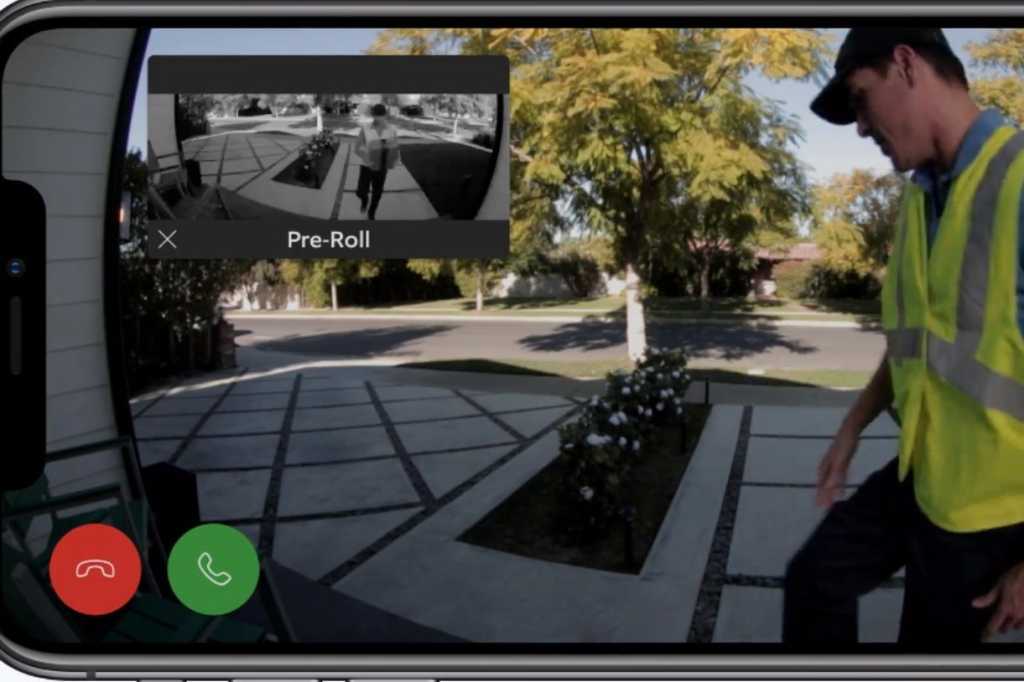 Plenty of existing video doorbells can show you what happened in the moments before they detected activity on your doorstep, but none of them were battery powered—until now, anyway.

While the ability to capture pre-rolls of motion-triggered videos isn’t particularly new as far as wired video doorbells are concerned (Ring’s wired doorbells have had the feature since 2017), it is new for battery-powered models. That’s because the pre-roll feature, which involves continually capturing images in a rolling buffer, demands a “huge” amount of power, according to Ring.

In order to add the pre-roll feature to its Video Doorbell 3, Ring says it created a low-power, three-camera module that records video in black and white, and at a lower frame rate and resolution than the main 1080p camera. The time lapse-style images from the three cameras are stitched together into a “steady” pre-roll video.

The rolling video buffer that enables the pre-roll feature is stored locally on the device and overwrites itself automatically, Ring said, although pre-roll videos may be stored on the cloud if you subscribe to the Ring Protect subscription service.

Slated to ship on April 8 and available for pre-order now, the Video Doorbell 3 Plus also features dual-band 2.4GHz/5GHz Wi-Fi connectivity, a rechargeable quick-release battery, night vision, a 160-degree field of view, two-way audio with noise cancellation, a “near” motion zone that allows for detecting motion within 5 to 15 feet of your home, and (of course) Alexa integration.