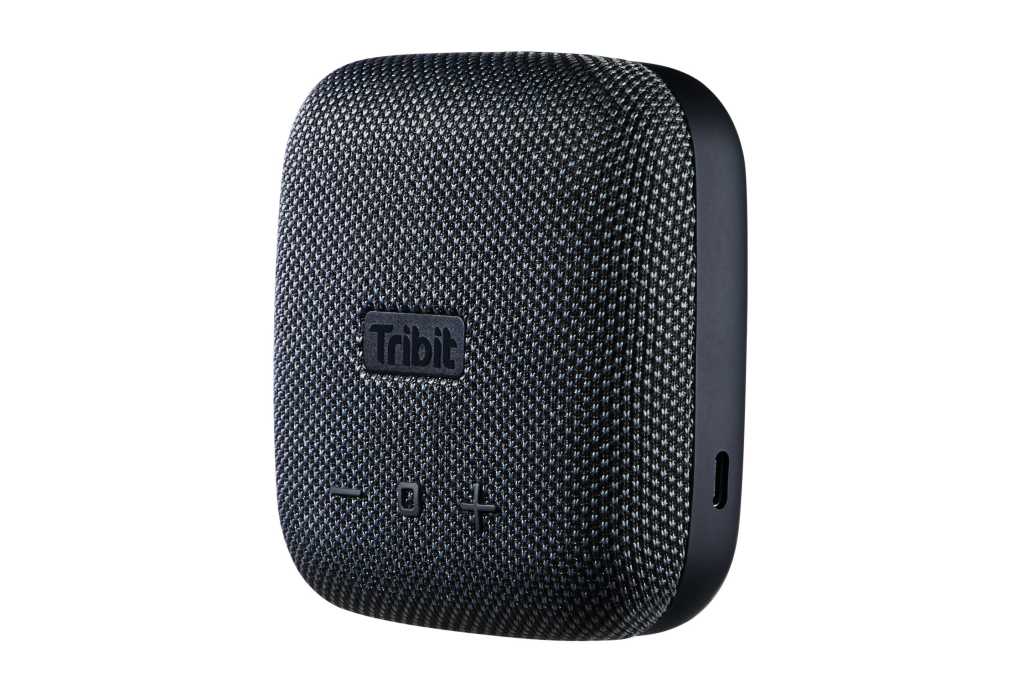 This diminutive speaker doesn’t sound quite as sweet as the Bose SoundLink Micro it competes with, but it features Bluetooth 5.0 and USB-C and costs half as much as that device.

The Tribit StormBox Micro BTS10 is a Bluetooth speaker modeled after and competing directly with the Bose SoundLink Micro. When I say competes, I mean undercuts to the tune of $56, substantially less than the competition. That raised a red flag for me, but my hands-on experience revealed a speaker with all the same niceties, the latest technology, and arguably similar audio performance as its pricier competitor. I’m struggling to see a downside.

The StormBox Micro BTS10 fits in the palm of my mid-sized mitt and I can still wrap my fingers around to the back. By the numbers, it’s about 3.8-inches by 3.8-inches in the X/Y, and 1.4-inches in the Z. It weighs a mere 10.2 ounces, sports a 9-watt amp, and the latest Bluetooth 5.0 for extended range. If indeed you need that with a speaker that’s meant to remain close at hand.

The BTS10 is rendered in black with a bass port on the back that’s largely responsible to the unit’s thump. Also on the back are four rubber feet to elevate the unit and let said thump radiate, as well as a tightly bound strap that allows you to lash the speaker to a handle-bar, backpack strap, or what have you.

Controls consist of plus/minus and multi-function buttons on the faux fabric top; with power and Bluetooth pairing buttons, plus six status LED indicators, on the side.

The multi-function button, depending on how many times and how long you press it, will move to the next or previous track, stop, activate Siri, reject or switch calls, and so on. I’d go on if Tribit hadn’t actually included a decent manual with the product. The docs are exceptionally well done, meaning you’ll have no trouble understanding it. Such is not always the case.

Tribit hasn’t missed a trick in the design, and the USB-C port is a nice perk. Battery life from the 2600mAh battery is said to be approximately eight hours, and charge time is about half that. The unit is tested for both particulate and liquid intrusion to the tune of an IP67 rating. That’s about as good as it gets in portable speakers. Not a lot of vendors go to the expense of particulate testing. You can read more about IP codes in this explainer.

If you’ve shopped micro Bluetooth speakers, your first question is likely to be how the StormBox Micro BTS10 stacks up sonically compared to the Bose SoundLink Micro and JBL Clip. Very well. I’d say it sounds largely the same with perhaps a just a bit muddier mid-range, though the differences between all three are subtle. No speaker this small is going to be superior in the grand scheme of things, but given the amount of air in use—the sound is quite remarkable. Especially the bass. There’s actually enough of it which was a surprise.

The thing with micro Bluetooth speakers is that they’re largely intended to reside on or near your person as you gad about, and where they’re placed has a lot to do with how they’ll sound—and feel. Yes, feel. Lay that bass port against your chest and feel the beat. Think of it as old-school, over-sized chest-bling with an audio bent, said bent being to impart low-end vibrations through your ribs. Try finding this kind of info in other reviews!

To reiterate, the sound is quite good given the BTS10’s physical constraints. Strapped to your bicycle, or your person as you travel about, you’ll be pleased with the sound.

Great for what it is

As the BTS10 passed muster sonically, and the feature set lacks for nothing, price weighs heavily in its favor. Especially in the current increasingly challenging economic environment. Good job Tribit.

This article was edited on 5/9/2020 to reflect a change in the price that Tribit initially quoted us from $45 to $56. Our opinion still stands, but it’s not quite the bargain the company led us to believe.