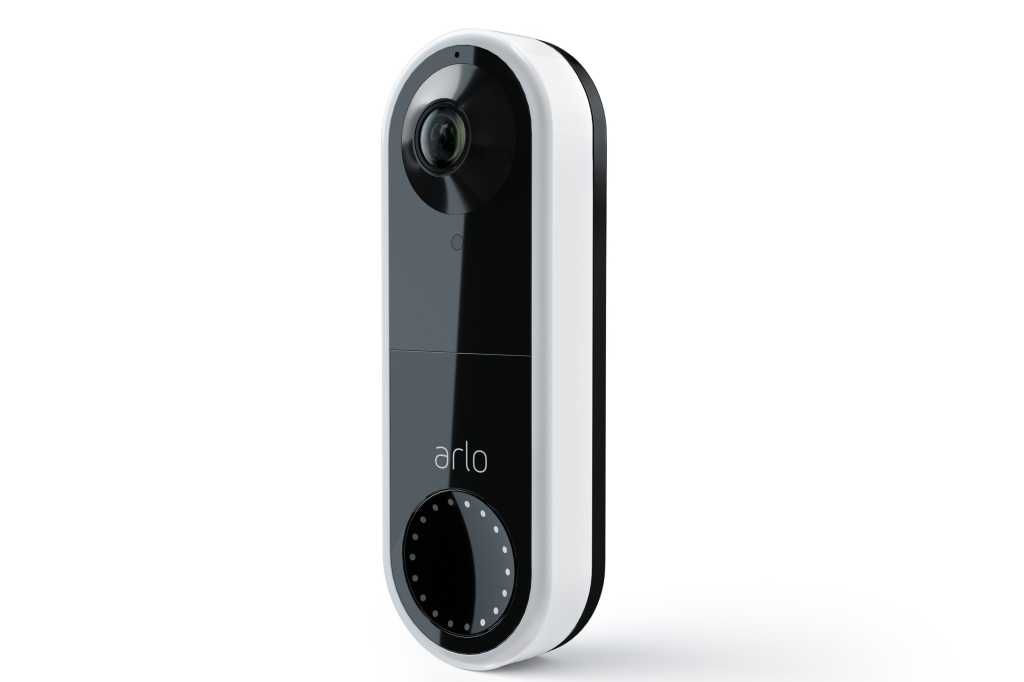 Finally, a video doorbell that can reliably distinguish between people and animals—and it’s one of the less-expensive models to boot.

Arlo was late getting into the video doorbell market. The manufacturer came out with the Arlo Audio doorbell in early 2019, but its dependence on a separate Arlo security camera tempered our enthusiasm for the device. At $150 (plus $2.99 per month for a not-really-optional subscription plan—more on that in a bit), the Arlo Video Doorbell costs less than our previous top pick in the hardwired category (the $229 Nest Hello), and it performs better, thanks in large measure to its ability to distinguish between people and animals.

If you’ve read any of my earlier video doorbell reviews, you likely picked up on my cat problem. Most video doorbells simply detect motion—almost any motion at all will trigger them to send you an alert. Some of the newer models can detect faces and will limit their notifications to the presence of humans at your door. The Arlo Video Doorbell takes this notion a step further. It can distinguish between people, animals, packages, and even vehicles.

During testing, the doorbell produced a remarkably consistent track record of accurately informing me when motion was attributable to an animal or a person. You can restrict notifications, so you’re informed only when a person is at your door, or further tighten the criteria so that you’re notified only when the doorbell button is pressed. The only issue that gave the camera trouble was when my cat was perched on a fence post that was high up in its field of view. Curiously, it had no problem identifying the cat when said feline was on my deck’s railing.

The Arlo Video Doorbell boasts resolution of 1536 x 1536 pixels. Its 1:1 aspect ratio and 180-degree field of view makes it possible to see lots of area around your porch with minimal fisheye distortion. The camera’s recordings, on the other hand, are presented in that circular shape. The app allows you to create custom motion-detection zones, so you can define areas around your porch where you want the doorbell to ignore motion. This is useful for blocking out shrubs, windchimes, or other things that might otherwise constantly set the doorbell off.

The app responds almost immediately when a visitor comes to the door and presses the doorbell’s button. Tapping the app to answer the notification gets straight to the call. I did experience some latency issues—one- or two-second delays—while speaking to a visitor at the door. If you’d prefer to not interact with a visitor, you can record a message—or use one of the canned messages that are provided—and play it back when someone rings the bell.

Most Arlo Video Doorbell buyers will replace an existing doorbell, because it depends on power from a transformer and low-voltage wiring. Arlo provides an optional angled mounting plate if you’re installing the doorbell on a slanted surface. You’ll need to install a power kit in your existing chime box, and there’s a bit of adhesive on this so you can fasten to the side of the box. You could pull the needed wire to the location needed if you don’t already have a wired doorbell, but that isn’t a trivial undertaking—especially if you have insulation in your exterior walls.

You’ll get a three-month free trial to Arlo’s service that maintains 30 days of video history in the cloud. This subscription is also required to unlock the Arlo Video Doorbell’s advanced features: Advanced Object Detection (the ability to distinguish between people, vehicles, and animals), Cloud Activity Zones (the ability to define motion zones that the camera will monitor), Package Detection, and Intelligent Alerts.

That last feature provides the ability to trigger a panic button if you see someone at your door who shouldn’t be there. This will blast a loud siren that’s built into the doorbell, or you can one-touch dial your local 911 to summon the police. After the trail period, you’ll need to pay $2.99 per month to access those features. If you want cloud storage for any other Arlo cameras you have, you’ll need to pay $9.99 per month for up to five of them.

If you also own an Amazon Echo smart speaker, you can have Alexa announce when someone presses the Arlo Video Doorbell’s button or when it detects motion. If your Echo device has a display (such as the Echo Spot or one of the Echo Show models), you can stream a live video feed from the doorbell’s camera, but there’s no way to respond to a visitor in front of the camera or to view previously recorded video. Arlo says support for Google Assistant is in the works.

The Arlo Video Doorbell has a top-notch feature set, excellent performance, and a moderate price tag. Like most products in its class, you’ll need to pay for a subscription to get the most benefit from it, but the long list of benefits—especially the person/animal/package detection—that you get for you investment render it worthwhile. And if you’re already using other Arlo cameras, you might already be paying for it. Until something better comes along, this is our new favorite wired video doorbell.