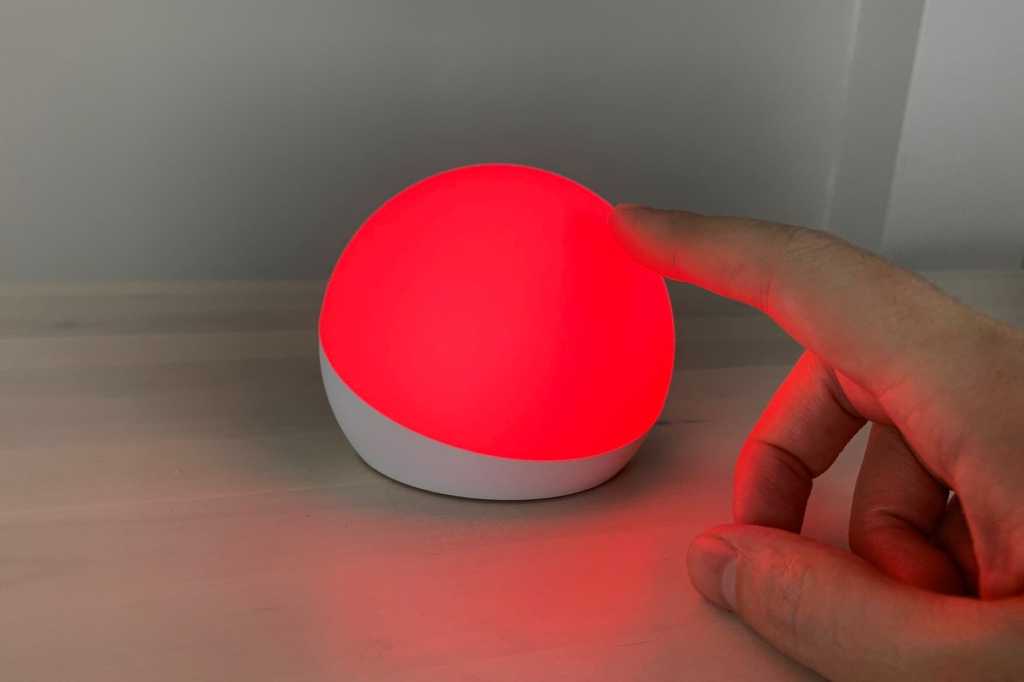 Yes, it’s pretty much just a smart lamp for kids, but the durable Echo Glow is pretty good at the limited range of things it can do.

An Alexa-friendly smart lamp for kids? We’ve heard crazier ideas (Amazon’s Alexa-enabled Echo Frames and that Alexa ring leap to mind), and while the Echo Glow isn’t the most useful of Amazon’s Echo devices, it is well tailored for its target audience.

Durable enough to survive drops on the floor, this touch-sensitive globe boasts more than a dozen colors and lighting modes, along with wake-up and “rainbow” timers. Once paired with an Echo speaker, the Glow will respond to Alexa voice commands and take part in Alexa routines. Sure, it’s little more than a smart bauble for tykes, but the Echo Glow’s reasonable $30 price tag (which is sure to be slashed once the holidays arrive) puts it squarely in stocking-stuffer territory.

Measuring 3.9 inches in diameter, the Echo Glow is roughly the size of a softball, save for a flat bottom that lets you sit the Glow down on a desk or a tabletop. The solid white base of the Glow extends about a third of the way up, while the rest of the globe can light up in a solid color or in a pattern of sequential hues. 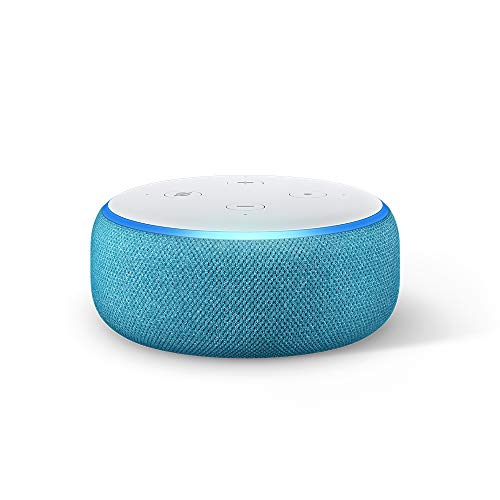 The 8.6-ounce Echo Glow feels light yet sturdy enough to survive a short fall; I tried dropping it a few feet onto a tiled floor and the illuminated globe bounced and clattered around without shutting off or suffering any noticeable damage. I’m not sure it would withstand being hurled against a wall or pegged by a baseball bat, however (such are the scenarios you consider when there are second graders around).

A five-foot-long integrated power cord terminating in a USB Type-A plug emerges from back of the Echo Glow’s base. A matching USB power adapter is included. While it’s not as obtrusive as an Echo Dot’s circular wall wart, the Glow’s power adapter is still chunky enough to graze the ground pole of an outlet that’s above it.

The only physical control on the Glow is the “Action” button that sits just above the power cord. While the Action button on an Echo speaker can serve a variety of functions (such as dismissing an alarm or assisting in Wi-Fi setup), it serves only as a power on/off button on the Glow.

Getting the Echo Glow up and running is (as with most Amazon Echo devices) a snap. You just plug in its power cord, press the Action button to turn it on, and then use the Alexa mobile app to discover it and add it to your list of Echo devices.

Once you have the Echo Glow set up in the Alexa app, you can name it, add it to a room (I went ahead and added it to my daughter’s room, where she also has a Kids Edition Echo Dot and a Zigbee smart bulb). You can then use it in Alexa routines, which I’ll detail in a moment.

To control the Echo Glow, you have a couple of options. First, you can tap the globe to change its colors, or tap it repeatedly to cycle through the entire range of 16 hues. The other option is by using voice commands, but since the Echo Glow lacks a microphone (and a speaker, for that matter), you’ll need to do so via a nearby Echo device, the Alexa mobile app, or another device with onboard Alexa.

So, what can you ask Alexa to do with the Glow? She can turn it on and off, of course, but she can also change its color (“Alexa, set Claire’s lamp to green”), adjust its brightness (“Alexa, set Claire’s lamp to 50 percent”), and change its lighting mode. A dozen lighting modes are available, ranging from “campfire” and “color flow” to “mood light” and “underwater,” along with holiday themes including Christmas, Hanukkah, and Kwanzaa.

Another nifty Echo Glow feature is its Rainbow Timer, which slowly cycles through the colors of the rainbow before glowing a bright white at the end of the timer, with Alexa chiming in (on a paired Echo device, not the speaker-less Glow) with her own audible alarm. You can also set a wake-up timer that makes the Glow’s light gradually increase until it hits 100 percent.

The best way to get creative with the Echo Glow is to add it to Alexa routines. You can set it to change modes at different times of the day, turn on or off in conjunction with a motion sensor, react to an Echo Button, or perform a routine triggered by a voice command. My daughter and I created a routine that turned off her Zigbee light, switched the Echo Glow to “disco” mode, and started playing the Star Wars theme on her Echo Dot whenever she said “Alexa, it’s disco time.” Pretty cool, particularly if you’re eight years old.

The Echo Glow, however, has its limitations. As I mentioned before, the Glow doesn’t have a speaker or a microphone, so it can’t (for instance) listen for music and then flash its lights in time to your tunes, a feature you might reasonably expect from a smart lamp aimed at kids. On the plus side, the Glow’s lack of a microphone ensures that younger children can’t mess with Alexa, or at least not by chatting up the globe itself.

It’s also worth noting that the Echo Glow isn’t compatible with any other smart platforms besides Alexa, so no Google Assistant or Apple Siri or HomeKit. And because it only outputs a maximum of 100 lumens, the Glow isn’t suitable for lighting an entire room or a workspace, not that Amazon bills the globe as anything resembling a desk lamp.

The durable Echo Glow is pretty good at the limited range of things it can do. Toddlers will enjoy tapping it to change its colors, while older kids might get a kick out of using it with complicated Alexa routines. It’s also tough to argue with its $30 price tag (which has already seen at least one five-dollar price drop, with more sure to come).