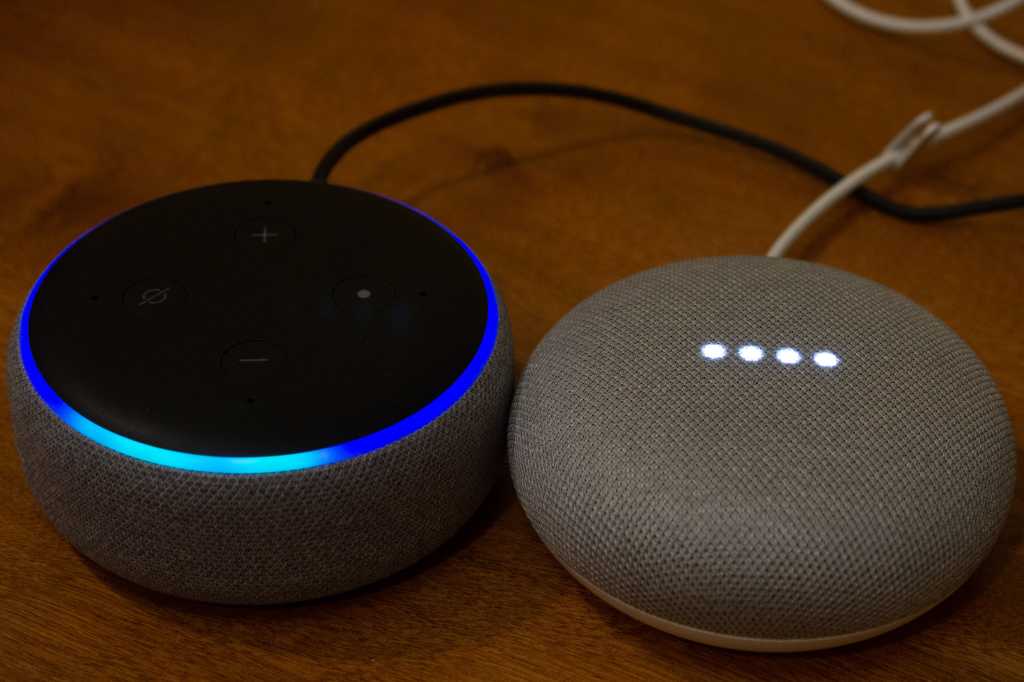 We’ve shown you in the past how to make your Amazon Echo or Google Home smart speaker keep listening after an initial voice command, but how do you know for sure when they’ve stopped listening? There’s an easy way to find out.

Both Amazon’s and Google’s smart speakers (such as the Echo Dot and the Nest Mini) and smart displays (e.g., the Echo Show and the Nest Hub Max) alway keep an ear out for the “Alexa” or “Hey Google” wake words respectively, but it’s only after you’ve summoned Alexa or Google Assistant that they’ll record and transmit your requests to the cloud.

By default, Alexa and Google Assistant stop listening as soon as they’ve fulfilled a command or answered a query, although (as we’ve previously explained) you can also set them to keep listening for follow-up questions. If you’ve enabled the “Follow-up Mode” (for Alexa) or “Continued Conversation” setting (for Google Assistant), your device will keep listening for several more seconds in case you want to ask more questions or issue more voice commands.

Both classes of smart speakers and displays already have visual cues that let you know when they’re awake and listening for questions or commands. For Alexa, you’ll see a blue halo around the top of an Echo speaker (with turquoise segment indicating the direction from which its mics have pinpointed your voice). On the Echo Show, you’ll see a horizontal blue line at the bottom of the display; again, with a turquoise segment indicating the direction from which it heard your voice.

On Google speakers, four colored LEDs on top of the device will light up (the Google Home Mini shows four white LEDs), and Google Assistant-powered displays will show a horizontal bar at the top of the screen with four pulsing dots in the left corner.

Turn on “request” sounds for Alexa

Turn on “start” and “end” sounds for Google Assistant

Now, when you say “Alexa” or “OK Google,” you’ll hear a two-tone beep when Alexa or Google Assistant starts listening for commands, and a second, slightly different tone (or pair of tones, in Google Assistant’s case) when your device stops actively listening.