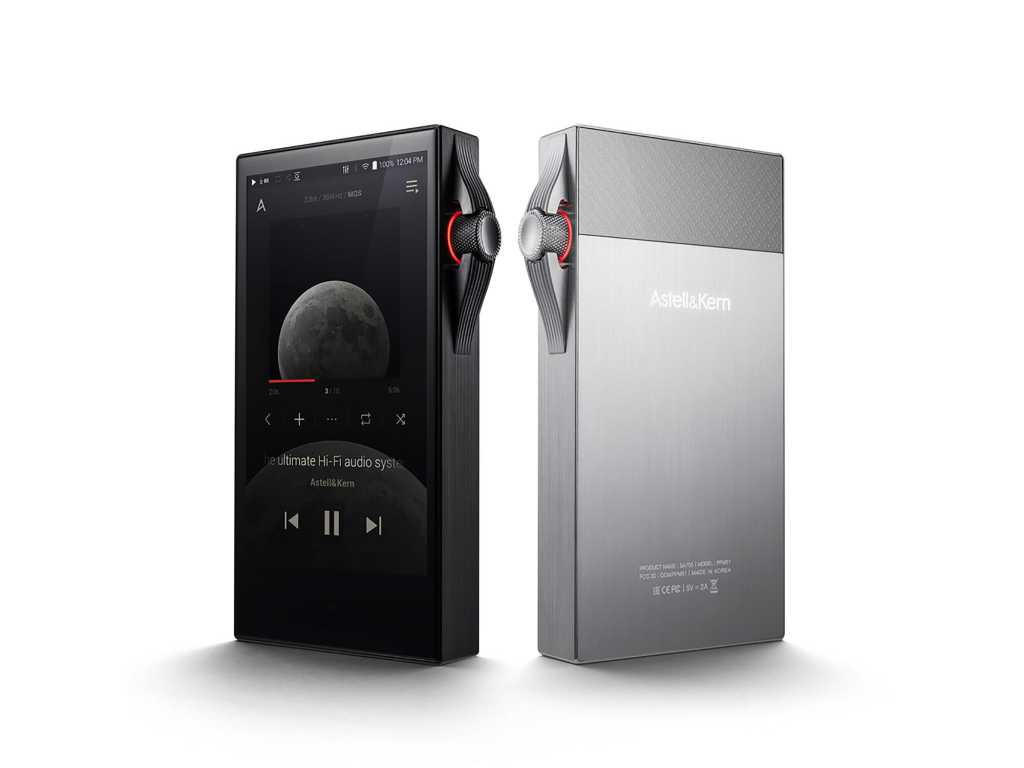 Astell&Kern’s new SA700 pays homage to one of the company’s original high-resolution digital audio players (DAPs), the AK120. While the SA700 gives a devout nod to the past, it’s a forward-looking statement piece with meticulous attention to industrial design and a sound so good and so seductive that it’s arguably my favorite high-res DAP to date.

The Astell&Kern SA700 is built to deliver a blissful user experience that begins with its packaging. If you’re an audio geek, I’m sure you’ve watched an unboxing video or two. Astell&Kern’s SA700 unboxing experience is simply sublime.

The experience begins with the player’s meticulous red and black packaging design that sets the shiny red Astell&Kern “A” logo, set in foil, against a matte black box. Slip off the outer sleeve and lift up the box to expose the base upon which the SA700 sits upright. It draws your attention to the player like a museum piece on display.

This review is part of TechHive’s coverage of the best high-end digital audio players, where you’ll find reviews of competing products, plus a buyer’s guide to the features you should consider when shopping.

Holding the player in my hands for the first time, I couldn’t help but notice its solid, heavy (10.68oz), and dense feel that screamed premium build quality and materials. On the outside, the SA700 recalls the look of the original AK120, but it has a longer body (4.56-inches); a larger screen (720 x 1280 vs 320 x 240); a redesigned volume knob with LED-illumined volume control; and angled corners (vs the rounded edges of the original). The player’s combined size and weight comes close to the limits of what I’d consider a pocket-sized player.

First class materials, inside and out

The SA700’s stainless steel body doubles as a heat sink. I frequently noticed that the SA700’s stainless steel body got warm—especially playing hi-res files with high-impedance headphones. Driving my Focal Clear headphones at moderate volume, the SA700’s enclosure would become warm to the touch. Even using easier-to-drive headphones, such as Astell&Kern’s own AK T9iE in-ears, the player got fairly warm when I kept it in my jacket pocket. The moral of the story: Use caution when putting this player in an unventilated pocket.

Under the hood, the SA700 is the first DAP to use two of AKM’s AK4492ECB DACs. This DAC will natively decode PCM files up to 32-bit/384kHz, and it has native DSD256 support without conversion to PCM.

The SA700 is geared towards wired and wireless playback. You’ll find both 3.5mm unbalanced and 2.5mm balanced outputs. The player supports aptX HD for high-res streaming at up to 24-bits/48kHz. I confirmed aptX HD on my Bowers&Wilkins PX wireless headphones without issue. The SA700 supports 802.11 b/g/n (2.4GHz only) Wi-Fi connections. 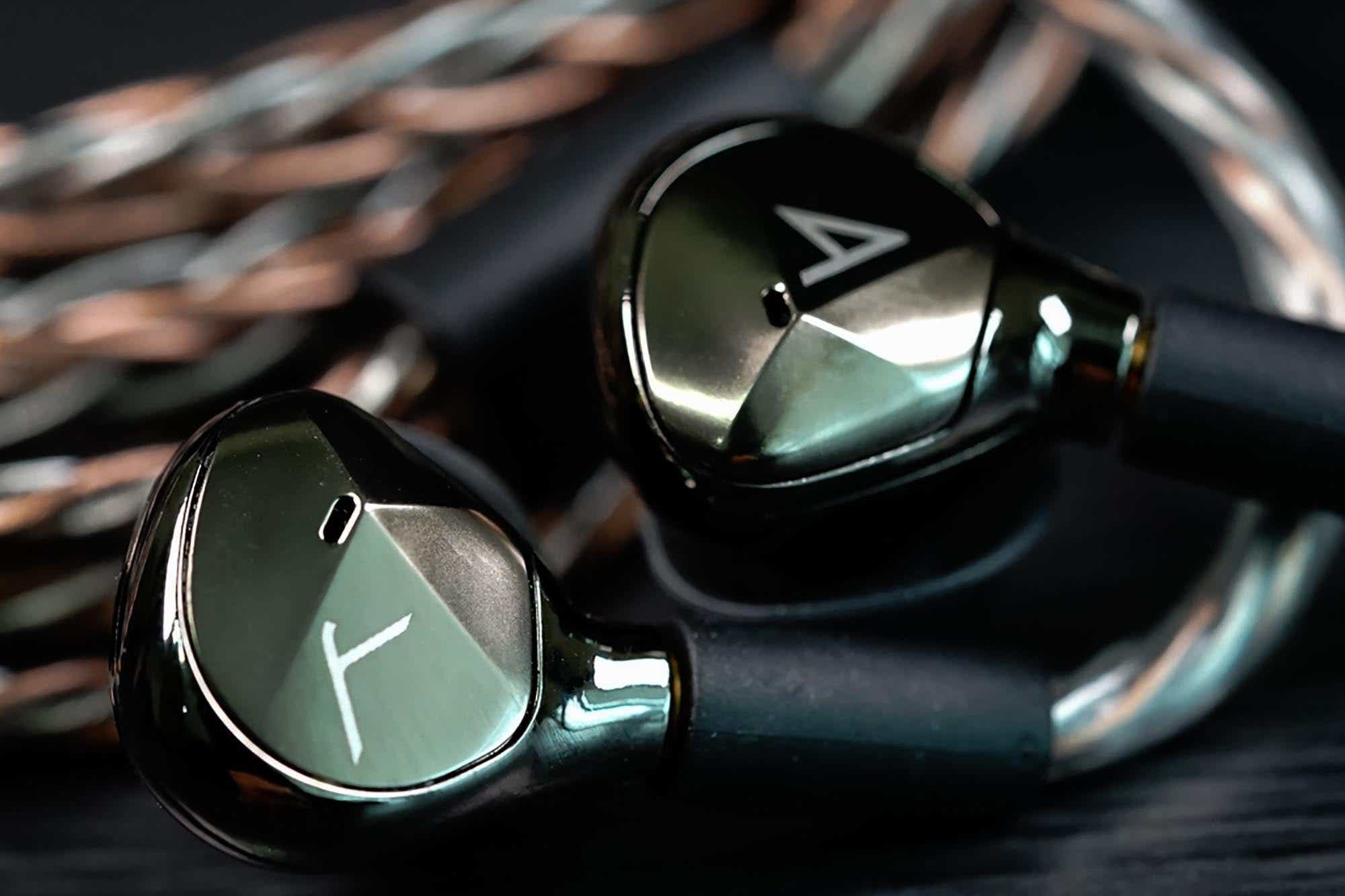 Battery life was just wonderful for an A&K player of this size. I could listen easily for a full day on the SA700 without a recharge. The 3,150mAh, 3.7V Li-Polymer battery promises up to 8.5 hours of music with standard use. Engaging EQ and playing files at resolutions higher than 16-bit/44.1kHz will drain the battery faster. A full charge takes about 4.5 hours.

The SA700 has 128GB of onboard storage. If that’s not enough, you can open a sliding door on the player’s bottom and add up to a 1TB microSD card.

When you buy an Astell&Kern player, you’re buying an artistic statement as much as you are a high-performance player. The rear panel’s top section is encased in glass and sports a hallmark crisscross pattern that changes and dances at different light angles. The knurled volume dial is flanked by two ribbed arms. If you look at the ribs in the light and tilt the player up and down, the dancing light makes it seem as though a mouth is opening and closing above and below a cyclop’s eye.

The SA700 is also a delicate piece of artistry. To keep your prized product in pristine contidion, Astell&Kern sells a $169 protective case in three colors: Neo black, poppy red, and viridian green.

Turning on the player illuminates a red LED ring at the volume knob’s base. The lightsaber-red LED ring against the player’s jet black body is just cool. Booting up the player, you see the design and color motifs from packaging to UI come together. The opening screen is the Astell&Kern logo in red made up of ribbed lines. The red and black color theme carries on throughout the player’s menus and user interface.

The LED ring serves as a visual indicator for different contexts. Red indicates you’re playing a 16-bit file; green, 24-bit; blue, 32-bit, and purple indicates DSD. If you don’t like the LED feature, you can turn it off through the settings menu. The LED temporarily changes color when you adjust the volume. The LED increases in red saturation as you turn the volume louder, and it de-saturates as you turn the volume down. The LED color precisely matches the color graph you see on screen—another example of meticulous attention to industrial design. For all that attention to detail, the SA700 deservedly won the 2020 IF World Design Award in the products category.

Like the A&K SR15 I previously reviewed, the SA700 supports Astell&Kern’s new Open App feature. Open App allows you to install multiple music services—including Apple Music—onto the player over and above the included Tidal and Deezer. Perhaps most importantly, Open App supports offline listening for music services. You’ll need to install the Open App version of Tidal to take advantage of offline listening.

While Open App installation is clunky, it’s one and done. I’ll refer you to my review of the SR15 for more details on installing Open App.

The SA700 is an incredibly versatile player. Like all Astell&Kern players, the SA700 is built for network streaming. Using AK Connect, you can play music files from DLNA-compatible servers, stream music from the SA700 to DLNA-compatible clients, and even use the SA700 as a remote playback controller.

The player comes with a free, DLNA-compatible, MQS streaming server for Mac and Windows. The feature-rich MQS server will scan your computer for any music files and organize them by artist, album, genre, and so on. As I’ve noted in previous Astell&Kern reviews, take note that the MQS Server won’t appear on your network until it’s completely finished scanning and indexing your music files, which can take several minutes. Once indexing is complete you’ll see a green light appear on the app’s interface, letting you know it’s ready.

The SA700 can also function as a superb portable DAC and headphone amp for your computer. Plug in the player and it will appear as an audio-output device.

In media mode, you can mount the SA700 like any USB-storage device to transfer files and music to and from the device. If you’re a Mac user, you’ll need to download the free Android Transfer Utility to mount the SA700.

The SA700 also provides full support for Astell&Kern’s AK CD-Ripper for computer-free ripping of your CDs.

The SA700’s musical performance was intoxicating. Everything I could describe about the SA700’s sound could be summarized by its penchant for musicality. The player’s presentation was warm and fluid as shown on Amy MacDonald’s guitar on “Run” and piano notes on Jun Fukamachi’s “Jour naissant.”

The SA700 came across as a detailed player without ever veering towards a cold or analytical presentation. I could get lost in and peel back layer after musical layer. Well-produced albums such as Michael Jackson’s Thriller and Bad, and Sarah McLachlan’s Bloom reveled in the SA700’s ability to discern nuances within the complexity of the mixes. Even when I tried to prepare myself mentally for a critical listening session and note taking, I frequently found myself getting lost in the music.

The SA700 constantly gave me the impression that it had gobs of clean, unadulterated power at my beckon call. Bass lines were pure and clean on John Legend’s “Surefire,” Sara Bareilles’ “Brave,” and Rebecca Pidgeon’s “Spanish Harlem.” The SA700 took firm control of deep bass notes on “Hair Up” from the Trolls motion picture soundtrack and “Imagine the Fire” from the Dark Knight Rises soundtrack and Sarah McLachlan’s “Fumbling Towards Ecstacy (Junior Boys Mix).”

The SA700 could throw down the hammer with authority or weave the most delicate notes. The intricate tapestry woven by the violins and ethereal choral voices in Magnificat, as  performed by Nidarosdomens jentekor and TrondheimSolistene, were pure bliss.

The SA700 consistently exhibited a low noise floor. Ruth B’s vocals on “Lost Boys” emanated from a background of pure black, making it easy to hear her vocals decay into nothingness.

Listening to Sarah McLachlan’s Afterglow Live showed the player’s strength at rendering a deep and wide soundstage. The SA700 conjured up a deep, layered space with the audience at a recessed distance from Ms. McLachlan’s vocals.

Astell&Kern’s SA700 isn’t just a high-res digital audio player, it’s a musical experience of form and function. The player’s marriage of industrial design, visual motifs, and superb sonics make it arguably my favorite portable music player to date. I was constantly impressed by the SA700’s articulation, authority, and musicality. Of course, to experience all this, you’ll need to spend a pretty penny: $1,299 to be precise. If music moves your soul and you long for a high-res DAP that will make your prized high-end headphones sing, give the SA700 an urgent audition. You won’t be disappointed.