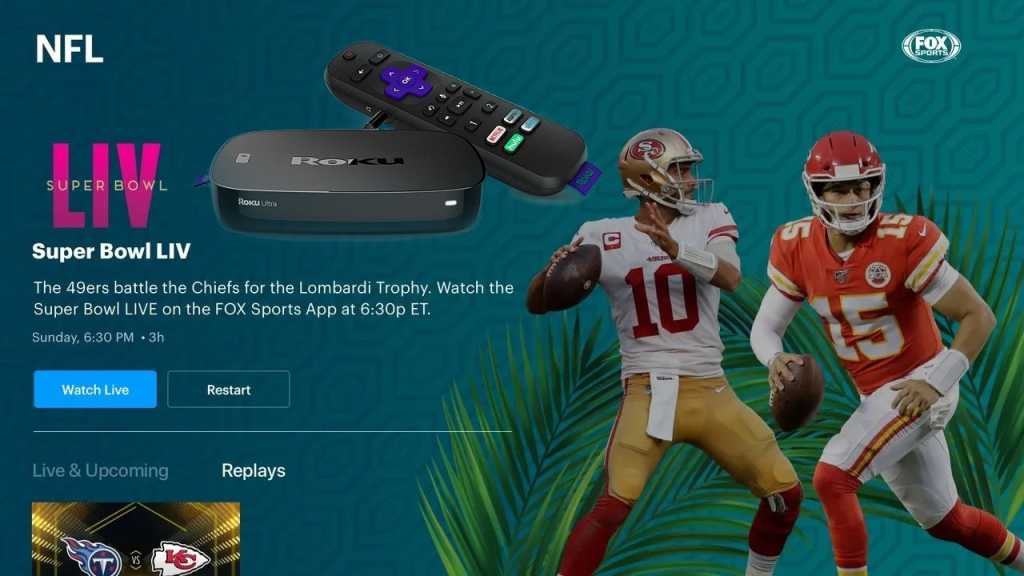 I’m not referring to the game itself, but rather the faceoff between Roku and Fox that occurred a few days beforehand. On Thursday night, Roku announced that it was removing Fox apps from its streaming players and smart TVs as a distribution deal between the two companies expired. In response, Fox accused Roku of using its customers as “pawns,” and even had Sean Hannity and other Fox News personalities admonish Roku on air. By Friday evening, however, Roku and Fox reached a new deal, and the latter’s apps were restored in time to stream the big game.

But while it all worked out in the end, the public fight contained echoes of an issue that’s become all too common with traditional TV service: Constant carriage disputes, followed by occasional blackouts. It’s reasonable to wonder if this will become the new normal for streaming TV as well.

After a week of reflection—and too much leftover Super Bowl party food—I’m not feeling too worried about it. But I’d feel better still if Roku provided some assurances of its own.

When a channel goes dark on cable or satellite TV, the dispute tends to involve carriage fees. ESPN, for instance, might want more money from AT&T to carry its channels on DirecTV and AT&T TV Now. AT&T might resist because it doesn’t want to raise its own prices accordingly. As a negotiating tactic, ESPN would then pull (or threaten to pull) its channels, imploring AT&T customers to complain and essentially advocate for their own price hikes.

Roku, however, isn’t paying carriage fees for Fox content, nor is it charging customers to access them. Instead, Fox’s apps are free downloads, with some content locked behind pay TV authentication. (The Super Bowl live stream was free for everyone.) Last week’s dispute was likely about ad revenue, and the cut of inventory that Roku gets from advertising in Fox apps.

The result is a kind of role reversal, in which the platform holder (Roku) is angling for more money, not the content provider (Fox). And as sources told Bloomberg last December, Roku isn’t above threatening blackouts when it wants a bigger share.

This is admittedly a lot of inside baseball, but the thing to keep in mind is that unlike with cable’s carriage disputes, these negotiations don’t directly contribute to higher prices for consumers. The Super Bowl still streamed for free in the end, the amount of commercials was the same, and the cost of Roku products hasn’t changed. By comparison, when a cable or satellite carriage dispute ends, price hikes tend to follow.

The other factor to consider is that both the streaming platform and the content provider (in this case, Roku and Fox respectively) have strong incentive to avoid long-term blackouts because of competition.

In announcing its dispute with Fox, Roku pointed out that there were plenty of other ways to watch the game on its devices, including YouTube TV, Hulu with Live TV, and Fubo TV. While those services require a subscription, they offer free trials as well. The NFL also quickly confirmed that it would stream the game in its own app at no charge. Those options probably put more pressure on Fox to make a deal.

Roku was also under pressure, and not just from the talking heads on Fox News. Leading up to the Super Bowl, Amazon’s Fire TV Stick 4K was on sale for just $35, providing an alternative way to access the Fox Sports app and its exclusive 4K HDR video stream. Adopting a new streaming device is much easier than switching between cable or satellite providers, so Roku would have risked losing customers permanently if it didn’t find common ground with Fox. Those customers might be even more inclined to switch in the future if Roku has more of these public disputes.

Despite all of the above, I am 100-percent confident that app blackouts will still happen on Roku devices, however rarely. I know this because one is happening right now: Since January 1, AT&T TV Now has been missing from the Roku Channel Store. While the app still works for users who’ve installed it already, it’s not available to download anew.

AT&T says Roku pulled the app from its store, and the circumstances sound similar to that of the clash with Fox. “We’re disappointed to see Roku put our customers in the middle of contract negotiations,” an AT&T spokesperson said via email. “We are on the side of customer choice and value and want to keep our streaming and video apps within Roku.”

This is a bit of an odd case, because AT&T TV Now is bleeding subscribers anyway. If AT&T is just riding out the service to its natural demise, as some analysts suggest, it might not want to give up more ad revenue on the way down. Still, this is a blackout nonetheless, and one that’s gone on far longer than the clash with Fox.

All of which makes me wish Roku would provide more assurance that these tactics are an extremely rare last resort. Instead, there’s no sign of contrition in Roku’s blog post and Twitter posts on the Fox fracas, and no attempt to apologize for causing customer panic, however temporary.

In pulling Fox’s apps—and making AT&T TV Now unavailable for download—Roku may be warning other content providers that it’s unafraid to exercise the nuclear option when negotiations fail. Unfortunately, it sent the same message to its customers in the process.