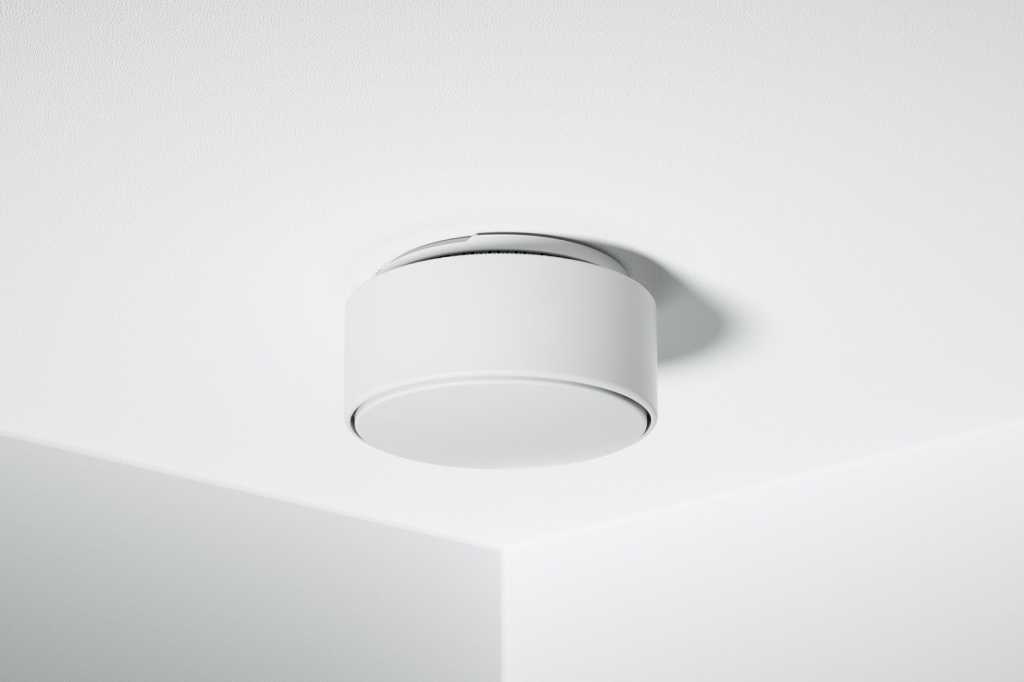 Minut makes several promises to customers who buy its Minut Smart Home Alarm. The manufacturer says its all-in-one device is easy to set up and easy to use, exceptional in accuracy, low in cost, and more sensitive to privacy than competing home security systems.

The simplicity and low cost stem from the fact that the Minut doesn’t rely on outboard sensors sprinkled around your home to keep tabs on things, and it’s more private than most systems because it doesn’t rely on cameras or microphones to monitor what’s happening.

I was naturally skeptical of these claims, but Minut is one of those rare devices that lives up to its promises and my expectations. All of them. It’s also a stylish device about the size of a hockey puck, so it even looks good.

Minut uses a unique technology as the basis for its security system: passive infrared (PIR) heat detection. Rather than detecting motion optically through movement, it detects the heat emitted by living things. When mounted on the ceiling like a smoke detector, the device can monitor a circle underneath that’s about 25 square meters in area (about 5.5 meters in diameter). If anything walks through this area, Minut will know. You can deploy additional Minuts if you need to cover more area or additional entrance points.

But Minut isn’t just an intrusion detector, it’s also packed with a variety of additional sensors designed to give you extra intelligence about your home. These include a noise meter, an ambient temperature sensor, and a humidity sensor. You can set various thresholds for each of these sensors, so you’re alerted if any of them are crossed.

But before we delve into Minut’s functions, let’s talk setup. Great news: It’s painlessly simple, just as advertised. The most onerous part of the process is initially charging the Minut hub, which includes a rechargeable battery that’s juiced up via a standard USB-C cable. It’s a beefy battery, and it takes up to 6 hours to charge, so plan accordingly.

While you’re waiting, you can occupy your time by installing the ceiling mount, which is a simple metal plate with a single hole punched through the center. You drive a screw through this hole and into the ceiling, and that’s it.

The Minut itself is magnetic, so it adheres to the plate with no effort required. When you need to recharge it (Minut says a full charge will last about 6 months), you just yank it off the ceiling.

My only real hiccup with Minut: You’re intended to mount the unit in your entry hall (in order to catch people coming and going), but my entry has a vaulted ceiling, and with a turret design at that. There was simply no way to mount Minut in this room. 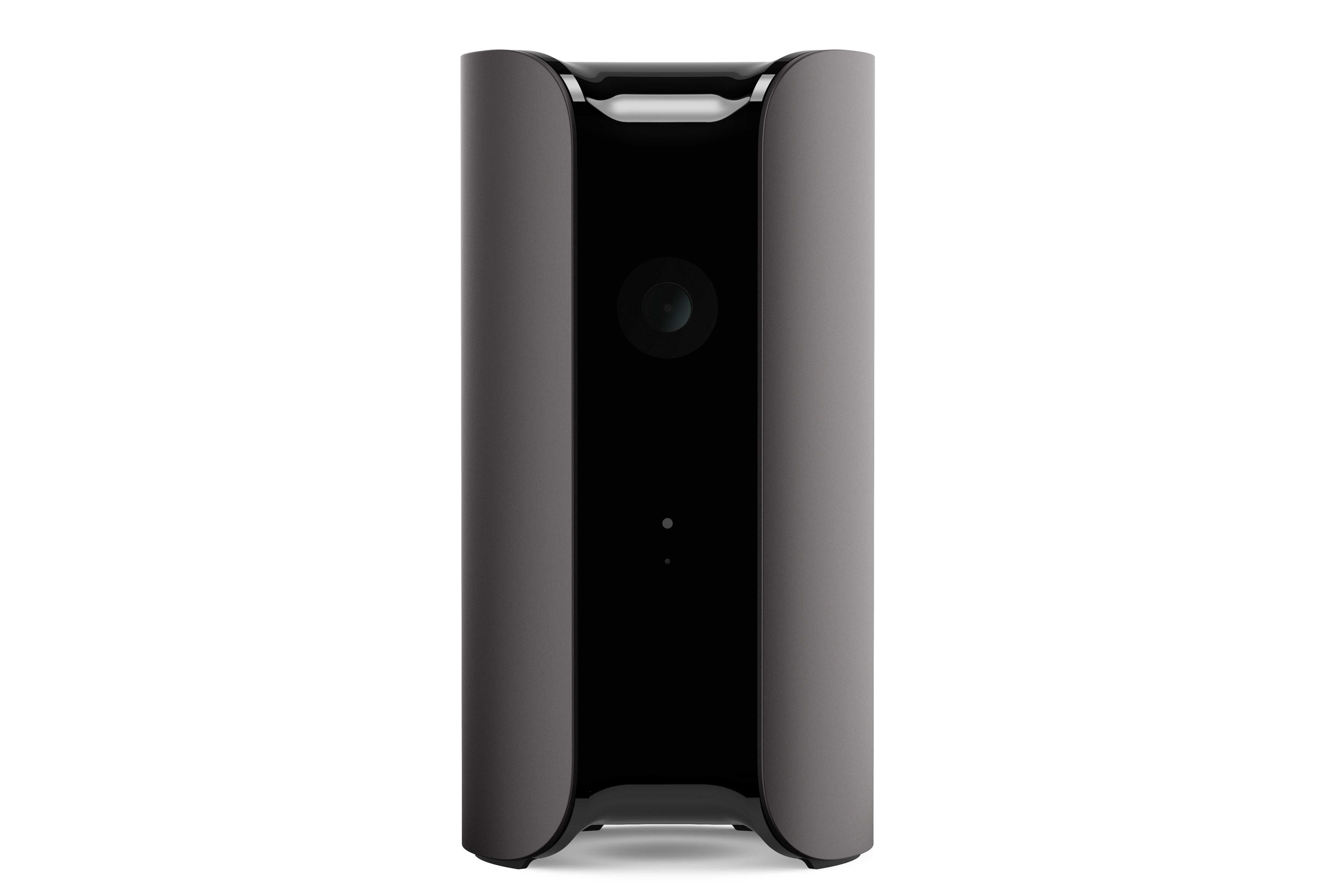 Ultimately, I had to install it in a nearby hallway, though you could also experiment with mounting it on a wall, as it also seemed to work just fine when mounted vertically.

Minut’s mobile app sets up quickly and easily after a brief registration and sync operation that  connects the Minut to your Wi-Fi network. Afterwards, some helpful in-app tips guide you on how to make the most of the system.

There are two main components of the Minut app. The first panel contains the alarm function, which has only two modes: off or on. The Minut hub is always monitoring for activity and will log everything it detects, but the alarm must be turned on in the app if you want it to alert you when something is detected. In my testing, the sensor was incredibly accurate and detected a human heat signature if anyone came anywhere near it. Tiptoe, crawl, or run through quickly, it doesn’t matter: Minut will see you.

At one point during my testing, the unit abruptly alerted while no one was in the room. Ha! A false positive, I thought. Nope: My cat had wandered by and Minut picked up on the subtle temperature spike. Unfortunately, there’s no way to set a temperature threshold, which makes this a poor security solution for pet owners.

When the alarm is tripped, 45 seconds of beeping mark a countdown timer before the moderately loud, 85-decibel siren goes off. A push notification is also sent to your smartphone, which you must use to reset the alarm.

The second panel in the app contains your “Minuts,” a dashboard of statistics about your home’s condition, including temperature, humidity, volume level, and air pressure. Each of these values is displayed graphically, and you can drill down into any of them to see how conditions have changed over time. Tap anywhere on the graph and you’ll get a pop-up of the high, low, and average values for that period.

This is all very intuitive and quite useful, letting you see this data by day, week, month, or year. If you want to be alerted when any of these numbers crosses a threshold that you’ve set, that’s easy and intuitive to configure as well. A final feature on the Minuts page is a mold-risk analysis, which begins showing after its first week of gathering data.

Additional features include an optional nightlight that comes on when motion is detected after hours (at times you set), a window-breakage monitor, and a third-party alarm monitor that lets you know if any other alarm in the house (like a smoke alarm) is going off. Alexa and Google Assistant are supported, though voice functionality is limited to turning the alarm off and on. All of this worked well in my testing (although I did not test the glass-breakage monitor).

As a fairly simple system, there’s no professional monitoring offered per se, but Minut does integrate with the third-party Noonlight service if you want first responders to be dispatched when something goes awry (Canary also uses this service). Minut also offers its own subscription service, Minut Plus, which extends the log history from 90 days to unlimited, supports multiple homes and additional users, and activates “Smart Neighborhood Watch,” which lets you share your system alerts with a trusted neighbor. None of this seems particularly worth the $7.99-per-month cost of Minut Plus, but you might need it if you want to use more than one user account.

That aside, Minut costs a completely reasonable $129, and its standard features are free of ongoing subscription fees. While it doesn’t replace the robust security offered by a more full-featured alarm system, and it doesn’t include smart home features—such as lighting control or smart lock connectivity—it’s nonetheless a fantastic and well-crafted solution for folks with simpler security needs and who don’t care for indoor pets that won’t be restrained from encountering it.