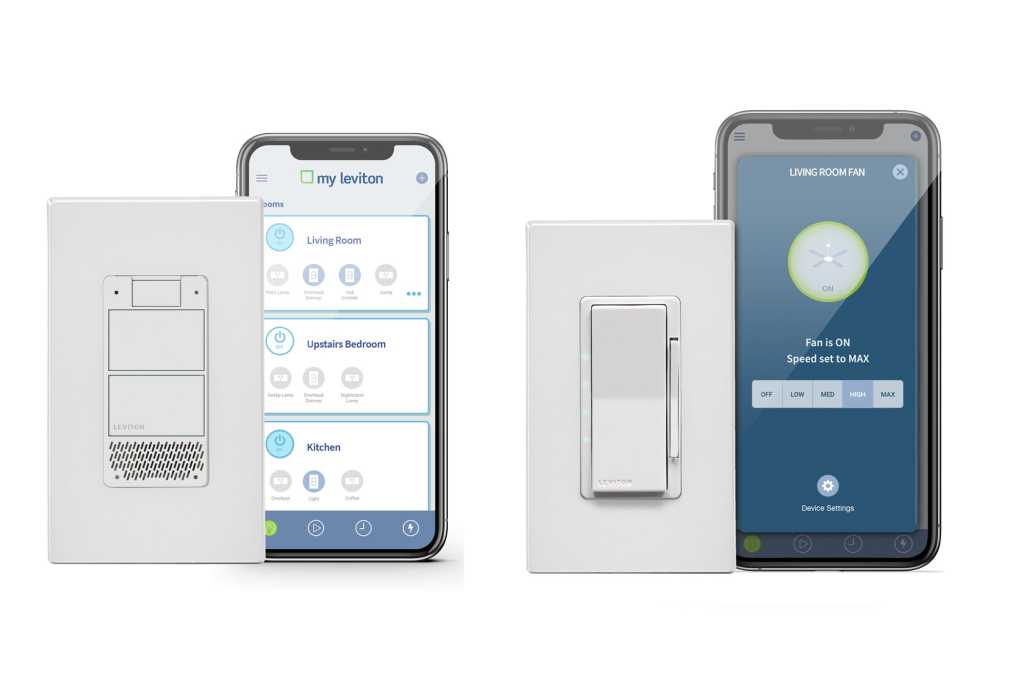 Leviton is finally shipping its Decora Smart Voice Dimmer, an in-wall dimmer switch with Amazon Alexa’s digital assistant built in. Announced at CES back in 2019, the smart dimmer is now available at Amazon for about $100. Updated to provide a link to our hands-on review. 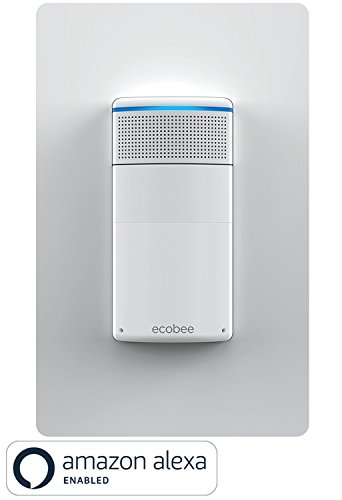 The Decora Smart Voice Dimmer isn’t just another light switch that you can control with voice commands. This dimmer essentially hosts an entire Amazon Echo inside its chassis, including a speaker.

While it’s not the first light switch to do this, the competitors we’ve seen—such as the Ecobee Switch+ we reviewed in mid-2018—are strictly switches, meaning they can’t dim the lights they’re wired to.

Since the dimmer operates over Wi-Fi, it doesn’t depend on the presence of a smart home hub to connect to the internet. It can also replace a stand-alone Echo smart speaker, although I don’t imagine its tiny speaker will deliver a melodious experience.

In addition to using voice commands to control the lights connected to the Decora Smart Voice Dimmer, you can create custom scenes and lighting schedules or remotely control your lights while you’re away from home, using either the My Leviton or Alexa apps. The dimmer is also compatible with Google Assistant and IFTTT.

An LED above the dimmer’s buttons (on/brighten and off/dim) glows blue when Alexa is listening and red when the dimmer’s dual microphones are muted. You can also press the LED to summon Alexa without saying the wake word. A small LED beneath the speaker glows when the lights are turned off, to help you locate the switch in the dark.

The Decora Smart Voice Dimmer can be installed on three-way circuits, but you’ll need to install a Leviton companion switch (Leviton model number DD00R or DD0SR) at the other ends of the circuit. Your home will also need to have a neutral wire in place. Leviton says the dimmer can control LED, CFL, and incandescent loads up to 300 watts.

If you’re tired of reaching over your head to pull the chain on your ceiling fan, you’ll be interested to hear about Leviton’s new Decora Smart Wi-Fi 4-Speed Fan Controller. This in-wall switch allows you to control a fan’s speed using Alexa or Google Assistant voice commands, according to a schedule (via the My Leviton app), with IFTTT applets, or at the wall. Updated to provide a link to our hands-on review.

The primary rocker switch turns the fan on and off, and a slim secondary rocker next to it controls the speed. Four LEDs on the left-hand side indicate the current fan speed. The Decora Smart Fan Speed Controller can be installed on three-way circuits when you install Leviton’s companion switch (model number DD00R) at the other end of the circuit.

When installed with Leviton Decora Smart lighting controls, you’ll also be able to create scenes in which the fan and lights can be turned on and off automatically at the same time. And since the switch connects directly to you Wi-Fi network, you won’t need a smart home hub to make any of this possible. Leviton’s new fan controller is available now, including at Amazon, for about $50.