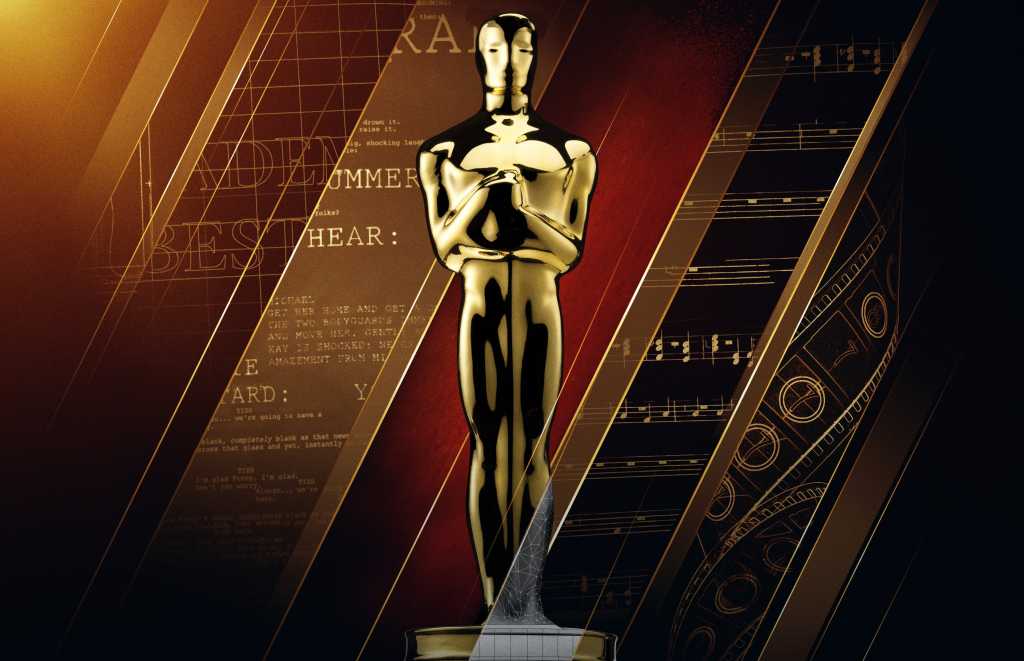 The 92nd Academy Awards have been roundly criticized for nominating too many films by and about white men, and that’s true; there were certainly many opportunities this year to do otherwise. But part of the charm of the Oscars is forever complaining about their hideously awful choices, and celebrating when they actually get something right. There are quite a few great movie in this year’s batch, and a few others that are at least worth seeing. Here’s our guide to streaming 26 of this year’s nominees (listed in alphabetical order).

Nominees A Beautiful Day in the Neighborhood, Bombshell, Frozen 2, Jojo Rabbit, Knives Out, Little Women, 1917, Richard Jewell, and Star Wars: The Rise of Skywalker are not yet available as of this writing. The Cave and Ford v Ferrari are available for purchase only. Les Miserables is not yet available, but it will eventually have a home on Amazon Prime.

ABC will televise the Oscars awards show on Sunday, February 9, starting at 8:00 p.m. Eastern time. You can also watch the ceremony live at ABC.com or on the the ABC app after signing in with your TV provider, or via your TV streaming provider of choice.

James Gray’s austere, slow-moving space drama stars Brad Pitt as an astronaut who ventures into the vast expanse to find his father (Tommy Lee Jones) and hopefully save Earth. It somewhat fails to touch the heart, but at least it looks and sounds great.

The first film from Barack Obama and Michelle Obama’s production company, this very good but extremely uncomfortable documentary depicts life at an Ohio automobile factory after a Chinese company purchases and saves it. The film depicts the struggling, hopeful, and hopeless interactions between the new Chinese and American co-workers.

The highest-grossing blockbuster of the year, and arguably the most entertaining, this three-hour superhero extravaganza doubtless features the most state-of-the-art effects, but it also transcends them; it’s one of the rare FX-driven movies that delves more into characters and story. We care about them as much as we care about characters on any great, long-running TV series.

The Edge of Democracy

Waad Al-Kateab tells her own harrowing story, living in Aleppo during the Syrian civil war. Her life is a constant battle between ensuring the safety of her daughter, Sama, and coping with the need for her doctor husband to remain in the danger zone to help the sick and wounded.

Where to stream: Amazon Prime Video, and for free on PBS

This underrated biopic, directed by Kasi Lemmons, was criticized for not being as heavy or as punishing as other films about slavery. But its sense of heroism makes it a positive force in the world, without ever losing sight of the horror. Erivo is magnificent in the role of Harriet Tubman, burying her own personal losses and longings and channeling her energy into saving others.

Simultaneously nominated as a documentary and a fiction film, this story of Macedonian beekeeper Hatidze Muratova features some truly mesmerizing footage of her at work—it rarely ever even seems like a documentary—but it also provides a horrifying gut-punch as a family of obnoxious invaders moves in and begins to destroy everything Hatidze ever worked for.

How to Train Your Dragon: The Hidden World

The third installment of this animated series, about a boy named Hiccup (voiced by Jay Baruchel) who has learned to befriend dragons instead of hunting them, is much like the other two. It’s deliriously beautiful, with incredible sequences devoted to the feeling of flight, but rather blandly ordinary in the story department.

I Lost My Body

This hand-drawn animated feature from France starts, astonishingly, as a severed hand comes to life, wriggles its way out of some kind of lab (walking on fingertips), and heads out into the wide world, presumably, to find its owner. But the flashback story about the boy who belongs to the hand and the girl he loves is a bit more disappointingly traditional.

Martin Scorsese’s masterful epic gangster movie, about a man who found a fleeting sense of greatness by being in the company of Jimmy Hoffa, certainly recalls his great, previous crime films, but it’s also something entirely new. It’s no longer about the thrill of becoming a gangster, but about the bittersweet aftermath. What does it all mean? Did it mean anything?

An undeniably well-made, and alarmingly popular, but deeply troubling film, this one features an electrifying lead performance and a great, creepy score by cellist Hildur Guðnadóttir. It argues that we, as humans, ought to treat each other better. But it also owes a great deal to Martin Scorsese, and perhaps—as it comes from the maker of The Hangover Part III—lacks certain psychological and empathetic touches that would have enriched the discussion.

A blah biopic, this one lacks even a great centerpiece performance we might expect from a biopic. Inexplicable front-runner Zellweger is too much like herself (she frequently purses her lips) and simply can’t sing anything like the iconic Garland. The makeup sometimes makes her look a little like Garland, but only from a distance and in profile. The little girl (Darci Shaw) in the flashbacks is far more convincing.

A rare hand-drawn short from Pixar, this beautiful 9-minute film—about a homeless cat and a Pit Bull, injured from an illegal fight, who become unlikely friends and make a euphoric escape—will absolutely make you cry.

But wait! There’s more! Click here to read about Once Upon a Time in Hollywood and 13 other great films nominated for Oscars in 2020.

Whatever it lacks in its overly familiar screenwriting beats, this delightful Christmastime movie about one possible origin of Santa Claus makes up for in its gorgeous animation style, two-dimensional characters enriched by computer-aided shading and textures, and in its spirited voice performances.

Netflix describes this 40-minute documentary thusly: “In the grip of trauma, hundreds of refugee children in Sweden withdraw from life’s uncertainties into a coma-like illness called Resignation Syndrome.”

Horror films rarely get any love from the Oscars, and this one, from director Robert Eggers (The Witch) about two men who succumb to loneliness and insanity in a remote lighthouse, is about as intense and merciless as they come. But even non-horror fans can appreciate the stark, bold black-and-white here, stamped into a claustrophobically narrow frame.

This pretty slavish, wholly unnecessary remake failed to excite many people, but still made an absolute fortune at the box office. Everyone agrees that the photorealistic animals in the film were extremely impressive.

I didn’t see this sequel to the 2014 movie, but critics and audiences split drastically. Critics called it pointless, but audiences paid plenty of money to, apparently, see its makeup and hairstyles.

Nominated for: Best Makeup and Hairstyling

Noah Baumbach is not the world’s most consistent filmmaker, but he really stepped up his game with this one, digging deep into his own experiences to come up with a complex, deeply emotional story of a messy divorce between two people who still like each other.

This stop-motion feature from Portland’s Laika Studios didn’t quite fare as well as its previous offerings, perhaps because of the weird-looking “Mr. Link” character (voiced by Zach Galifianakis). But the actual film, wherein Link recruits an intrepid explorer (voiced by Hugh Jackman) to help him find his people, is surprisingly delightful, charming, and hilarious, complete with Laika’s trademark mind-blowing animation work.

Once Upon a Time in Hollywood

Now in his 70s, Spanish director Pedro Almodovar takes a fictionalized, Fellini-like look back on his career; Antonio Banderas turns in an unexpectedly nuanced performance as a director who reunites with his estranged leading man for a 30th-anniversary restoration of a classic film. This unleashes a torrent of memories, loves and losses, and agonies, and the result is wonderfully moving.

A flat-out masterpiece, South Korean director Bong Joon-ho’s seventh film caught on in a big way, not only with critics, but with audiences (who are normally averse to subtitles). Telling the story of how one struggling, lower-class family schemes their way into jobs in a wealthy household, it’s a scathing satire, constantly turning the tables on our expectations.

Elton John and Bernie Taupin wrote a new song, “(I’m Gonna) Love Me Again,” for this Elton John biopic, so that it could qualify for Oscars. Elton John sings it in a duet with star Taron Egerton. People seem to like it. (Incidentally, John won an Oscar back in 1995 for “Can You Feel the Love Tonight,” from the original The Lion King.)

While it was a fair question to wonder whether anyone needed another Toy Story movie, the answer was a resounding “yes.” This great sequel was every bit as funny and heart-rending as its predecessors (and creepy… those ventriloquist dummies!), but it also provides a much-needed finish to Woody’s character arc, showing that his worst fears realized are ultimately manageable.

Where to stream: Disney+ or rent from Apple, Google Play, Prime Video, Vudu, YouTube, etc. (rentals are $2.99 and up)

Essentially a feature-length discussion between an outgoing Pope and an incoming one, this movie could have worked upon the strength of its two great actors alone. Unfortunately, it balloons up to 126 minutes with too many explanatory flashbacks, and it’s wildly over-directed, with crazy cuts and camera angles desperately attempting to make a static piece more dynamic. That said, Pryce and Hopkins, and their actual conversation (and pizza!) make this well worth seeing.