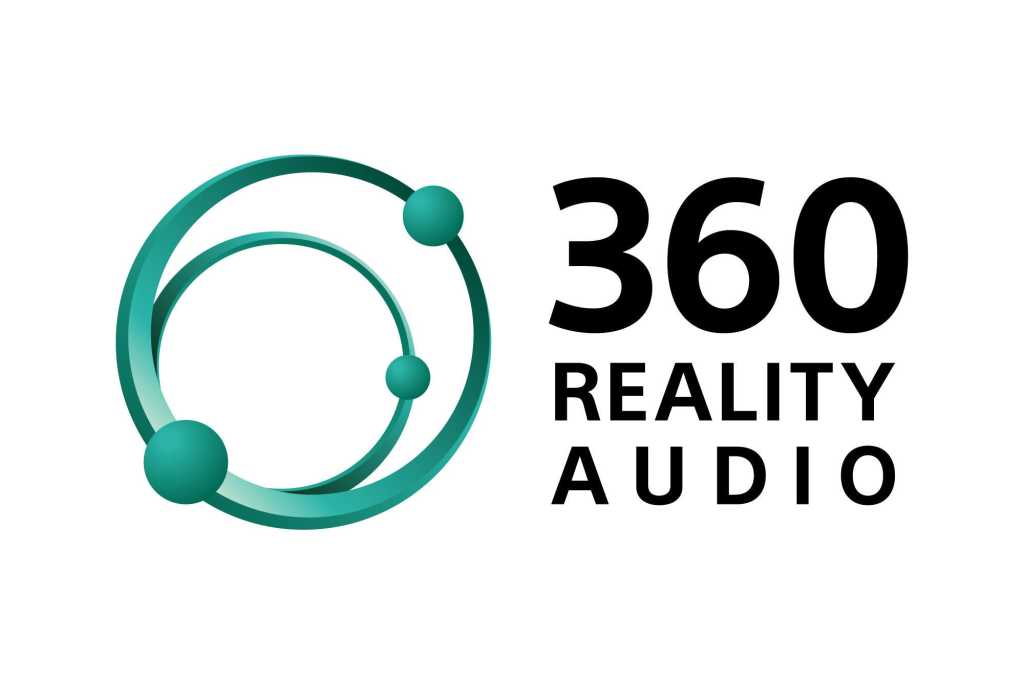 Tracks mixed in 360 Reality Audio sound much more spacious and expansive on headphones than stereo tracks; the listening experience is more comfortable and easy on the ears.

I’ve long been fascinated by headphone virtualization—that is, processing audio for playback on headphones so it sounds like it’s coming from different directions outside your head. One of my first experiences with it was from an Australian company called Lake, whose technology was purchased by Dolby and became known as Dolby Headphone.

Since then, several companies have introduced headphone-virtualization systems. Among the most recent is Sony’s 360 Reality Audio, which was first widely demonstrated at CES 2019. For one demo that year, Sony set up an immersive speaker system (fronts, surrounds, and overheads) in a room with several seats, each with its own set of headphones. We listened to some clips on the speakers, then again on the headphones. The headphones sounded remarkably similar to the speaker system, including individual sound-emitting objects that seemed to be well outside my head, coming from all around and above me.

Last October, 360 Reality Audio was launched into the consumer market, so I was eager to try it out. It was definitely worth the wait.

Sony’s 360 Reality Audio is an object-based, immersive-audio system, not unlike Dolby Atmos or DTS:X in principle, though its intended application is music rather than soundtracks—and, of course, played on headphones. (It can also be used with the Amazon Echo Studio speaker, which I’ll explain shortly.) Content creators mix audio tracks using immersive-audio tools, placing instruments anywhere within a virtual 3D space. The final mix is encoded in MPEG-H, an audio codec that supports immersive audio.

Music mixed and encoded as 360 Reality Audio is delivered via streaming providers. Currently, three providers offer 360RA titles for headphones: Tidal, Deezer, and Nugs. (Amazon Music HD offers 360RA tracks for the Amazon Echo Studio speaker.) Of course, each of these providers charges a subscription fee to access their catalog, though they also offer a free trial to check them out. As of this writing, these providers offer a total of more than 1,000 new and classic tracks that have been mixed or remixed in the 360RA format and generally delivered at a bit rate of around 1.5Mbps or less, depending on the service.

All headphone-virtualization systems simulate the effect of sounds reaching our ears from various directions in our environment. For example, a sound from your right arrives at your right ear before reaching your left ear, and your brain uses that tiny time difference to distinguish exactly where the sound came from. Also, the specific shape of your head and outer ears alters a sound’s spectrum as it diffracts around them before entering your ear canals, providing additional cues to your brain about where the sound came from. This can be mathematically modeled with something called a head-related transfer function (HRTF).

Headphone-virtualization systems, including 360RA, can use a generic HRTF derived from an average of many individual measurements or a dummy head that’s appropriately “average.” This allows 360RA titles to be played on any headphones, regardless of make or model, and it works surprisingly well.

But 360RA goes a step further. If you have a pair of select Sony headphones (click this link and scroll down for a list of compatible models, you can use Sony’s Headphone Connect app for iOS or Android to personalize the HRTF for the unique shape of your individual ears. Using the app, you take a photo of each ear, after which the app calculates your specific HRTF and optimizes the streaming provider’s app accordingly.

In addition to headphones, 360RA is also designed to work with certain speakers. The only such speaker available today is the Amazon Echo Studio, which can play 360RA tracks from the Amazon Music HD streaming service. This speaker includes drivers that fire in four lateral directions as well as straight upward, creating an omnidirectional soundstage. In this case, the 360RA rendering engine is built into the speaker; with headphones, the rendering engine is implemented in the streaming app.

To evaluate 360 Reality Audio for this review, I used a pair of Sony WH-1000XM3 Bluetooth headphones and the Tidal streaming provider on an iPhone XS. TechHive has already reviewed the WH-1000XM3, so I won’t duplicate that effort. I will say that I completely agree with reviewer Adam Murray that this is an exceptional Bluetooth noise-cancelling headphone; in fact, it’s the most comfortable over-ear headphone I’ve ever used.

Next, the app takes photos of each ear. It guides you to orient the phone directly in front of you so that your face fills an outline on the screen. It then instructs you to turn your head to the right so it can take a photo of your left ear. If the alignment isn’t correct, a voice tells you to angle the phone up, down, right, or left; when the alignment is good, it automatically takes the photo. Once that’s done, you repeat the process for your right ear.

After it has photos of your ears, the app analyzes your ear shape and asks you to select which streaming provider you want to optimize. Once you make a selection, it launches the provider’s app and applies the optimization. The entire process is quite straightforward.

I started by listening to several tracks from Tidal in their conventional stereo HiFi versions and their 360 Reality Audio versions before I went through the process of individual optimization—in other words, I used the generic HRTF that’s applied to any headphones for this part of my evaluation. Tidal has more than 1,000 360RA tracks, so I had plenty to choose from. (Interestingly, when I searched for “360 Reality Audio,” I saw only 17 tracks, but tapping on “360 Reality Audio” on the Explore page brought up the entire catalog of complete albums.)

First up was Herbie Hancock’s classic “Watermelon Man” from his Head Hunters album. In the conventional stereo mix, everything felt very close and “inside my head” with strong left-right separation. The 360RA mix was much more expansive and outside my head. In fact, it was a much more comfortable listening experience. I especially loved the intro in 360RA, with various instruments and vocal sounds being added in layers all around in 3D space.

Next was “Take Five” from Dave Brubeck’s album Time Out. As before, the stereo mix was entirely inside my head, just as I’ve heard it countless times. And again, the 360RA mix was much more expansive; the drums and bass were still to the left, the piano was still to the right, and the alto sax was in the center-right, but they seemed farther away with more space between them. The sax sounded just a bit artificial in this version, but overall, the sound was much more relaxed and easy on the ears.

I wrote almost exactly the same notes for “Sexual Healing” by Marvin Gaye from his album Midnight Love. The stereo mix sounded great, but it seemed quite crowded together in my head compared with the 360RA version, which expanded out into the space around me. In all cases so far, the overall level of the 360RA mix seemed somewhat lower than the stereo mix.

One of my favorite groups in college was Mahavishnu Orchestra, led by the amazing guitarist John McLaughlin, so I listened to “Birds of Fire” from the album of the same name. As I’d come to expect, the stereo mix was entirely inside my head, and the 360RA mix was more expansive, though not as much as the previous tracks. Also, the drums and bass were much lower in the mix than they were in the stereo version, and the opening gong hits and bass had a much different tonality. Clearly, whoever did the 360RA remix decided to balance and EQ the instruments differently. In this case, I preferred the original stereo mix.

For a more modern track, I listened to “Don’t Let Me Down,” a single by The Chainsmokers featuring vocalist Daya. Of course, the stereo mix was entirely inside my head, and it sounded slightly muffled in spots. The 360RA mix did not appear to be as far outside my head as most of the other tracks I listened to, but it was still much more expansive and open with more space between instruments and vocals. This is an extremely cohesive mix, and it did not have those slightly muffled moments. It was a real joy to listen to, even though it’s not my cup of tea musically.

Unfortunately, there is no way to quickly switch back and forth between the generic and individual HRTF. Once you optimize the streaming app, it renders all 360RA tracks using your unique HRTF. Still, I applied my individual optimization and listened to the same tracks as before. As far as I could recall, I didn’t hear any significant difference between the generic and individual HRTFs. I would guess that’s because the optimization process does not take the shape of your head into account, only your ears.

In addition to the WH-1000XM3, I also listened to some tracks on a pair of 1More Stylish Bluetooth in-ear headphones, which can only use the generic HRTF. I noted very similar results, with the stereo mix sounding entirely within my head and the 360RA mix sounding much more expansive.

I’m extremely impressed by Sony’s 360 Reality Audio system for headphones. It allows artists to effectively expand the soundstage into 3D space around the listener, resulting in a much more comfortable and compelling musical experience.

Of course, that experience ultimately depends on the artist who mixes their music in 360RA. With most of the tracks I listened to, I strongly preferred the 360RA mix over the stereo mix; the only exception was Mahavishnu Orchestra’s “Birds of Fire,” which could have been remixed much better in my opinion.

With more than 1,000 tracks already available, you’re sure to find lots of music that conforms to your particular tastes. Even better, thousands more are being prepared; for example, David Bowie’s “Space Oddity” will soon be released in 360RA.

If you use select Sony headphones, you can customize the HRTF used to create the illusion of spaciousness based on your individual ear shape, though I didn’t find it to be much different from the generic HRTF. In any event, Sony’s 360 Reality Audio adds a new dimension to streaming audio on headphones; in fact, it’s worth getting a subscription to Tidal, Deezer, or Nugs just to hear it. I strongly recommend giving it a long listen.