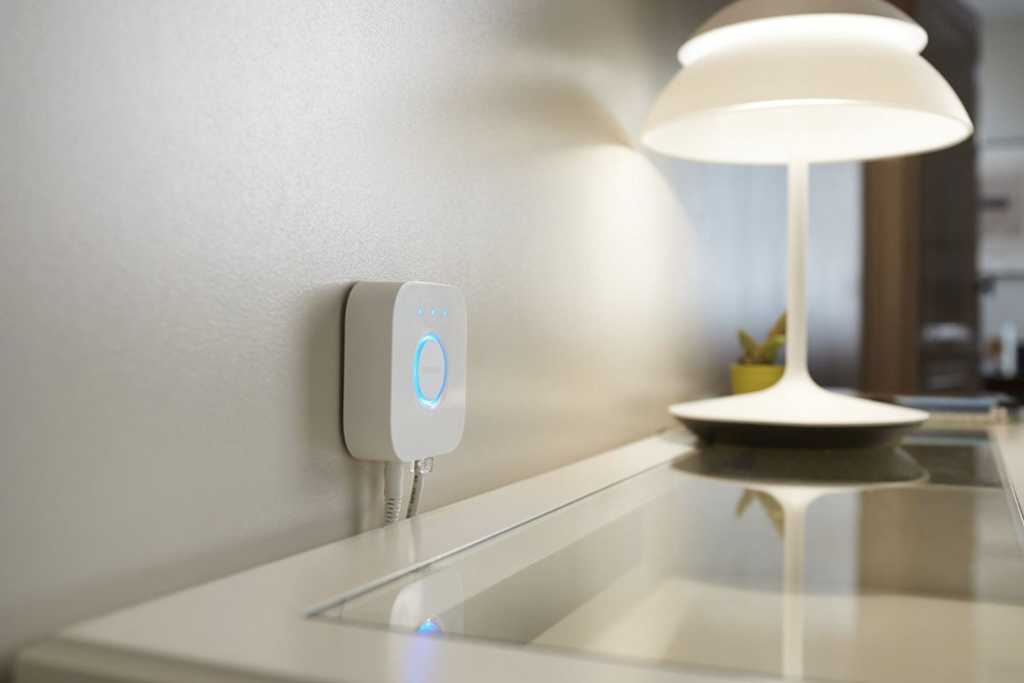 Did one of the bulbs in your Philips Hue smart lighting setup become “unreachable”? It could simply be that someone manually turned off the switch that provides it with electricity, or perhaps that one bulb is too far away from the Hue BridgeRemove non-product link or your other Hue lights. But if all your Hue lights and accessories are misbehaving, wireless interference is the likely culprit, and it’s entirely possible that the bridge needs a new home.

That happened to me recently with my own Philips Hue lights. I had a mix of Hue and third-party bulbs, smart plugs, switches, and buttons all connected to a Hue Bridge in my office, and for a few months, everything was working swimmingly. (Note that I’m using my Hue lights with a Zigbee bridge, rather than directly with my phone via Bluetooth.)

Then, without warning, my lights became glitchy. First, a few of my Hue-compatible Innr smart plugs were flagged as “unreachable” in the Hue app, meaning that the Hue Bridge had lost contact with them. Then a few of my Innr bulbs became unreachable, too.

At first, I blamed the Innr hardware, thinking perhaps that I was paying the price for having skimped on cheaper third-party bulbs and smart plugs. But then the bridge lost contact with my Hue switches, too, as well as my genuine Hue Smart Button and my outdoor floodlight. Something else was up (sorry I doubted you, Innr bulbs).

After checking that all my physical wall and lamp switches were turned on (they were), I tried some basic troubleshooting steps. Thinking my lights simply needed a reboot, I deleted all my lights and accessories from the Light Setup screen in the Hue app, and then re-paired them. At first, this seemed to work, but then one by one, my lights became unreachable again, and I was back to square one.

Next, I tried something a bit more advanced: changing the Zigbee channel on which my Hue Bridge was operating. Because Zigbee shares the same 2.4GHz wireless band as Wi-Fi routers do, there’s a decent chance your home Wi-Fi network is interfering with the wireless Zigbee connection between your Hue lights and the bridge.

You get your choice of four Zigbee channels—11, 15, 20, and 25—and you’re supposed to make sure all your Hue and other connected smart lights are turned on before changing channels. The app doesn’t give you any guidance on which channel might have less interference, so it’s all a bit of a guessing game. (You could check first to see which 2.4GHz channel your Wi-Fi router is using, but that’s not a reliable option for those of us with newer mesh routers that pick and choose channels on the fly.)

Anyway, I switched Zigbee channels once, twice, and then a third time. No dice.

Finally, I began eyeing the Hue Bridge itself, which was nestled under my office desk right next to my mesh router. My office, by the way, is in our basement, all the way in the back of our long apartment, and near several PCs, Macs, and laptops, most of which are connected to Wi-Fi. I’d also recently installed some new Wi-Fi bulbs and smart plugs in my office for testing. Could it be…?

I went ahead and unplugged my Hue Bridge, hunted around my apartment and found a new spot: right in the center of our downstairs living room, away from the thicket of wireless interference in my office and (thankfully) near an available ethernet cable.

Holding my breath, I fired up the Hue app, navigated to the Light Setup screen, tapped Add Lights (after once again having deleted all my lights and smart plugs from the app), and lo and behold, everything popped up again. After about a week of living with the Hue Bridge in its new, much more central location, my bulbs, smart plugs, switches and buttons all seem to be working perfectly.

Moral of the story: if possible, keep your Hue Bridge at least a few feet away from your wireless router, and ideally in a centralized area that isn’t riddled with Wi-Fi interference.

That’s a big ask, admittedly, for those who live in high-density neighborhoods or in cramped apartments, but with a little trial and error, you might find a spot for the bridge that renders its connection with your Hue lights and accessories much more stable.