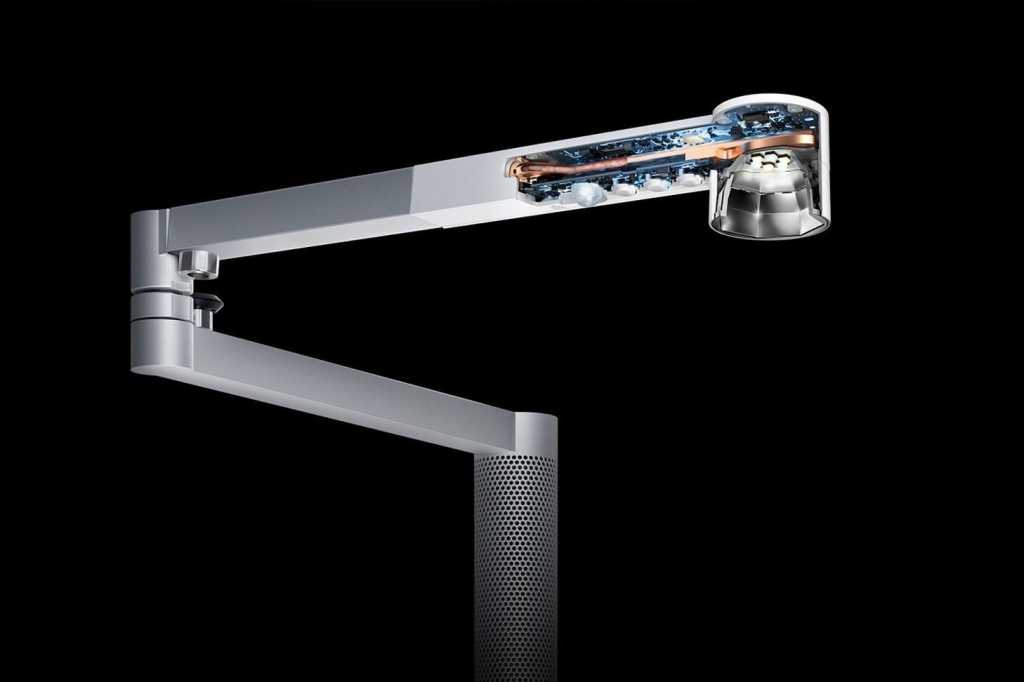 Capable of tailoring its brightness and color temperature based on the time of day and even your age, the Lightcycle Morph smart lamp from Dyson boasts a rotating head, up to custom 20 lighting modes, and a perforated stem that doubles as a secondary ambient light.

Like all things Dyson, the Bluetooth-enabled lamp doesn’t come cheap, with the desktop version of the Lightcycle Morph currently selling for $650Remove non-product link while the floor-standing model goes for a whopping $850.

That said, Dyson promises that the six integrated LEDs in the Lightcycle Morph’s 360-degree rotating Intelligent Optical Head will last up to 60 years, thanks in part to a vacuum-sealed copper heat pipe designed to keep the LEDs cool.

Besides rotating the Lightcycle Morph’s head to (for example) light up a desktop or highlight a wall feature, you can magnetically dock it into the the lamp’s aluminum-polycarbonate composite stem. Equipped with an orange filter and perforated with more than 16,700 apertures on the floor-standing model or nearly 5,000 on the desktop version, the Lightcycle Morph’s stem essentially doubles as an ambient light when the docked light head is switched on.

You can use the Dyson Link app to adjust the lamp’s various lighting modes, including a daylight-simulating Study mode, a cooler-temperature Boost mode, and a warmer Relax mode. There’s also a wake-up mode that gradually brightens the lamp in the morning, an Away mode that turns the light on and off at random times during the day, or you can create up to 20 of your own custom lighting modes.

The app can automatically tweak the lamp’s color temperature and brightness based on the time of day or even your age, with Dyson noting that the older you get, the more brightness you need. The lamp also boasts motion and ambient light sensors, as well as a USB-C charging port built into the base.

While the Lightcycle Morph uses a Bluetooth radio to connect to the Dyson Link app, it lacks Wi-Fi connectivity, which means you’ll need to be in the same room as the lamp to control it with the app. The lack of Wi-Fi also means no Alexa, Google Assistant, or HomeKit integration.