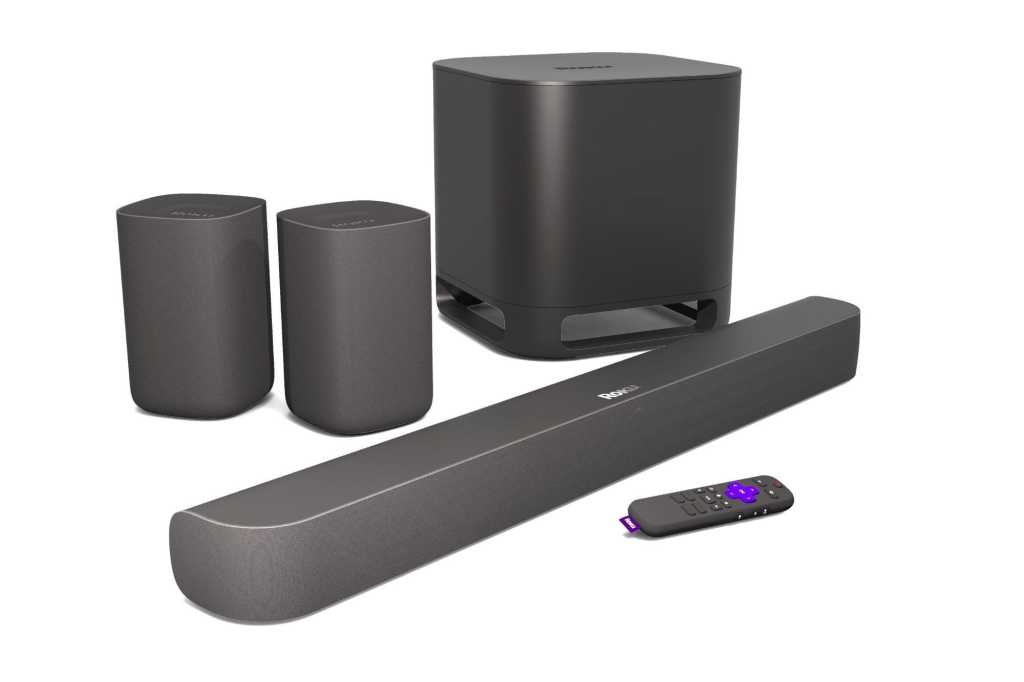 Wouldn’t it be great if you could use Roku’s Wireless TV Speakers as surround speakers for the Roku Smart Soundbar? Well, good news: you’ll be able to do just that starting next month.

A just-announced software update will let you pair Roku’s $200 Wireless TV Speakers with its $180 Smart Soundbar, essentially turning the 2.0-channel soundbar (or 2.1-channel, if you’re using it with Roku’s optional $180 wireless subwooferRemove non-product link) into a true 5.0- or 5.1-channel system.

That’s good news for Smart Soundbar users, who previously lacked a way to upgrade the two-channel soundbar to a full-on 5.1 system.

Slated for release in February, the update will include a pair of new sound modes, including a “Movies & TV” mode that upmixes stereo content to 5.1 surround sound, and a “Music” mode that synchronizes your tunes across all your Roku speakers. There’s also a direct mode that plays stereo content over only the soundbar’s left and right speakers.

While the addition of surround speakers will allow for 5.1 sound, the Smart Soundbar still doesn’t support object-based Dolby Atmos or DTS:X formats, nor does it offer virtualized 3D sound in the form of DTS Virtual:X or Atmos with height virtualization.

New to the setup wizard is a “sound check” step that emits tones from the left and right wireless speakers to ensure that they’re correctly arranged in your living room.

The new surround functionality will arrive in a Roku OS software update that’s slated to begin rolling out in February, Roku reps said.

Besides Roku’s own Smart Soundbar, the software update will roll out to Walmart’s “onn”-branded version of the soundbarRemove non-product link, which sells for $50 less than the standard Roku soundbar. (The Walmart version ships with a remote that isn’t voice enabled).

The update will also coincide with the release of Walmart’s new onn Roku Wireless Surround Speakers. The $150 speakers share the same design and functionality as the standard Roku wireless speakers, but they don’t ship with the voice-enabled and tabletop remotes that come with the Roku version.