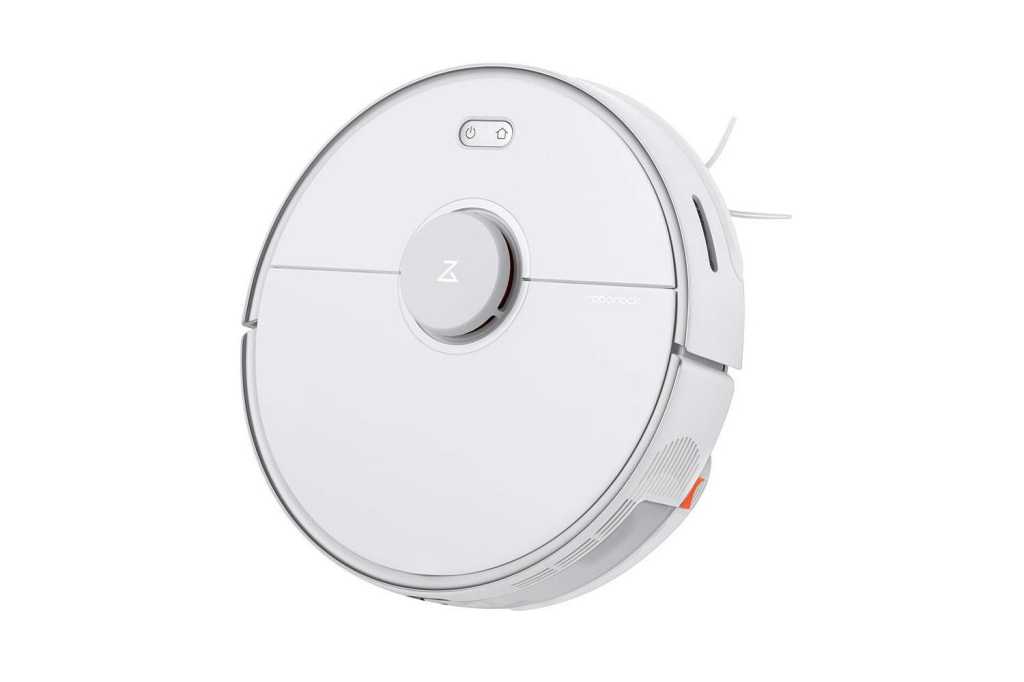 The Roborock S5 Max is an excellent robot vacuum/mop hybrid that will give your home’s floors a comprehensive cleaning.

Since launching couple of years ago, Roborock has impressed us with hybrid vacuum/mop robots that perform on par with the category’s biggest brands. The Roborock S5 Max is the company’s latest and, we dare say, greatest offering.

Naming convention suggests the S5 Max is the successor to the Roborock S5 that we reviewed more than a year ago. But some new features surpass even the top-of-the-line Roborock S6 The most significant is a higher-capacity electric water tank. The robot’s mopping function has become increasingly sophisticated with each model. While the S5 gave the user no control over how much water was dispensed during each mopping job, the S6 added a simple switch that let you select how much water dampened the mopping cloth. The S5 Max fully integrates mopping with the robot’s other advanced functions and enables more precise water management in the Mi Home companion app. The S5 Max also adds selective room cleaning, a feature previously available only on the S6.

Beyond these improvements, the Roborock S5 Max carries over most of the features and design cues from the earlier models. That includes LiDAR mapping, 2000Pa suction, zone cleaning, and Alexa and Google Assistant voice control.

This review is part of TechHive’s coverage of the best robot vacuums, where you’ll find reviews of competing products, plus a buyer’s guide to the features you should consider when shopping.

The S5 Max comes with all its brushes assembled, so all that’s left for you to do is set up its charging dock. Roborock touts the S5 Max’s “Total Water Shutoff,” which means it shouldn’t drip while it’s docked, so you can keep the mopping module filled and ready for its next job. Nonetheless, it has included a plastic moisture-collecting tray to set the robot on while it’s charging. The water tank slots easily under the dustbin and, once filled with tap water, can be kept there, requiring you only to attach the cleaning cloth when you want to mop your hard floors. The water tank capacity has been doubled to 280ml, enough to clean a 2,000-square-foot room, according to Roborock.

Once that’s all set up, you have to download the Mi Home app and create or log in to your account. After you add the device, the app prompts you through connecting it to your Wi-Fi network. I had the S5 Max ready to clean in less than 10 minutes.

To start a cleaning job, you tap a button with three squares and a plus sign near the bottom of the app to choose your cleaning mode and water level. There are five suction levels from “gentle” to “max,” and four water levels including a dry-mop option. Then you tap the Clean button to send the S5 Max on its way.

Expect the first cleaning to be the longest and least efficient, as the robot will be learning the layout of the room and building a map. When its done, the app displays the area the robot covered and the path it took through it. Subsequent cleanings get smarter and shorter as the robot becomes more familiar with the room.

With a room map saved, you can tell the robot to clean only certain parts of the room and to stay out of others. The first is done by adding zones to the map: Tap the Zone button, drag the bounding box to the area you want cleaned, and resize it. You can create multiple zones by tapping the “add” button. To create virtual barriers, select No-go Zone and mark those areas on the map.

As with previous Roborock models, I used the S5 Max to clean my downstairs level, which includes areas with both carpet and hard floors. Over time it was able to clean the whole area in about 30 minutes on a single charge as long as I used the “balanced cleaning mode.” I experimented with higher suction, but that drained the battery faster, requiring the S5 Max to re-dock at least once and stretching the duration of the cleaning. I really only needed the extra power on the carpeted living room, though, and the S5 Max is able to detect carpeting and increase suction on it own.

I found the mopping results were at least as good as with the Roborock S6. My kitchen floor was cleaned evenly with few streaks left behind, and enough pressure was applied to even pick up some stains. This was a world away from the surface sponging the older Roborock S5 gave the same floor. It doesn’t completely eliminate the need for stick-mopping, but it should reduce the frequency that it needs to be done.

While I was comfortable letting the S5 Max clean relatively unsupervised as I hovered nearby doing other things, the app allows you more or less control. There is a virtual remote buried in the settings menu that you can use to manually direct the robot’s cleaning. There’s also a scheduling feature that lets you set a start time and cleaning mode and apply them to individual days of the week.

The Mi Home app also keeps a complete cleaning history; tracks the lifespan of brushes, the filter, and other consumables; and allows you to share the robot with other users in your household.

Roborock’s robot vacuum/mop hybrid gets better with each new version. Thoughtful feature upgrades and performance improvements make the S5 Max the best yet. If your home has multiple floor surfaces, it can lighten your cleaning load significantly. It also earns our pick for best robot mop/vacuum hybrid, while iRobot’s Roomba 960 remains our favorite robot vacuum overall.