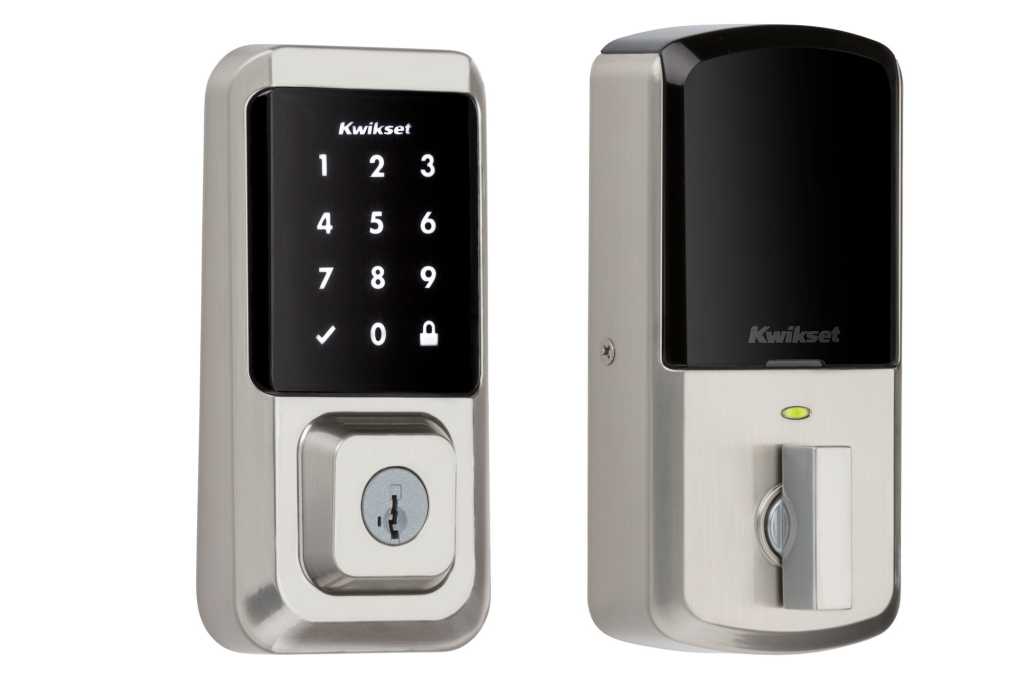 Kwikset finally gets Wi-Fi, but the raw, industrial design of this lock is awfully unappealing.

Kwikset was an early mover in the smart deadbolt market, and it’s released a variety of smart lock products over the years, from the Kevo to the Obsidian to the Premis. With the Kwikset Halo, it at long last brings Wi-Fi to its brand for the first time—though it jettisons any sense of style along the way.

For a company best known for commodity hardware store lock hardware, Kwikset has done a remarkable job at industrial smart lock design to date. The original Kevo paved the way for pint-sized locks, and the Obsidian offered an ultra-contemporary but low-profile take on the touchscreen system.

What then to make of the Kwikset Halo, a throwback that looks like something from a different era. It’s a huge, hulking piece of hardware that could be a prop from Battlestar Galactica—and not the reboot—the original from 1978.

To call this lock’s design divisive is clearly an understatement, and I think most people will be repelled by it. (Editor’s note: Kwikset showed the all-new Halo Touch, which has an integrated fingerprint reader, at CES in January.)

Design aside, putting the Halo together takes some doing, as the lock is built with (at least) six separate components that must be completely disassembled and put together with nine different screws.

If you’re familiar with smart locks, the process isn’t too much of an ordeal; it’s just a time-consuming one. That said, I did run into a problem with one of the primary bolts that holds the two escutcheons together, sandwiching the door. One of the bolts absolutely refused to screw in all the way, jamming with about 1/2 an inch remaining. Since you can’t complete installation if the bolts aren’t fully seated, I ultimately had to remove this bolt and test the lock with only one bolt installed. This worked well enough for casual testing, but it isn’t secure enough for long-term use.

Configuring the lock requires the Kwikset app on your phone—a different app than what both the Kevo or Kwikset Premis rely on—and getting started here can also be a plodding ordeal. Just setting up your account and registering your lock requires an email address, phone number, password, two separate confirmation codes, three security questions, and a final verification step before you can actually interact with the lock. This process alone took nearly 15 minutes to complete. I’m all for security, but there’s also such a thing as overkill.

Now for the good news: Once you get through all of that, the Halo works well. Standard lock/unlock actions complete with little more than a tap, and while it can take a little effort to get the touchscreen to wake up from sleep, it’s responsive when tapping in codes directly. Adding new codes (250 are supported) is simple, and codes can be limited by time and date, or set for one-time use. There’s no inherent mechanism to tie or send these codes to a specific name or smartphone user, so you’ll need to communicate them separately, outside of the app. If you want to give users more full-fledged access, you can pair additional apps to work directly to the lock.

Additional features include an auto-lock mode and a Secure Screen feature that helps to guard against “smudge attacks,” where a hacker can more easily guess a PIN code based on fingerprints. Support for both Bluetooth and Wi-Fi mean that you can always get to the Halo, even if your router’s acting up, and a detailed log provides plenty of info about who’s coming and going. And finally, the lock also includes a standard keyhole as a failsafe. Kwikset’s SmartKey feature even lets you use a provided tool to re-key the Halo so that it can be unlocked with your existing key (provided the key is from another Kwikset lock).

One thing I can’t really test is battery life. Powered by the standard 4 AA cells, Kwikset says battery life is expected to be six months, though considering the relative power hunger of Wi-Fi compared to Bluetooth, that seems optimistic.

The main problem with the Halo is that you’ll have to look at this lock attached to your door every day. Even though it’s available in various finishes and can be purchased with either a touchscreen (Contemporary) or physical keypad (Traditional), there’s no permutation in which any of this looks appealing. If you’re looking for a smart lock to keep people out of Area 51, the Halo might fit the bill. For the average residence, its aesthetics—and price tag—will probably be a deal breaker.