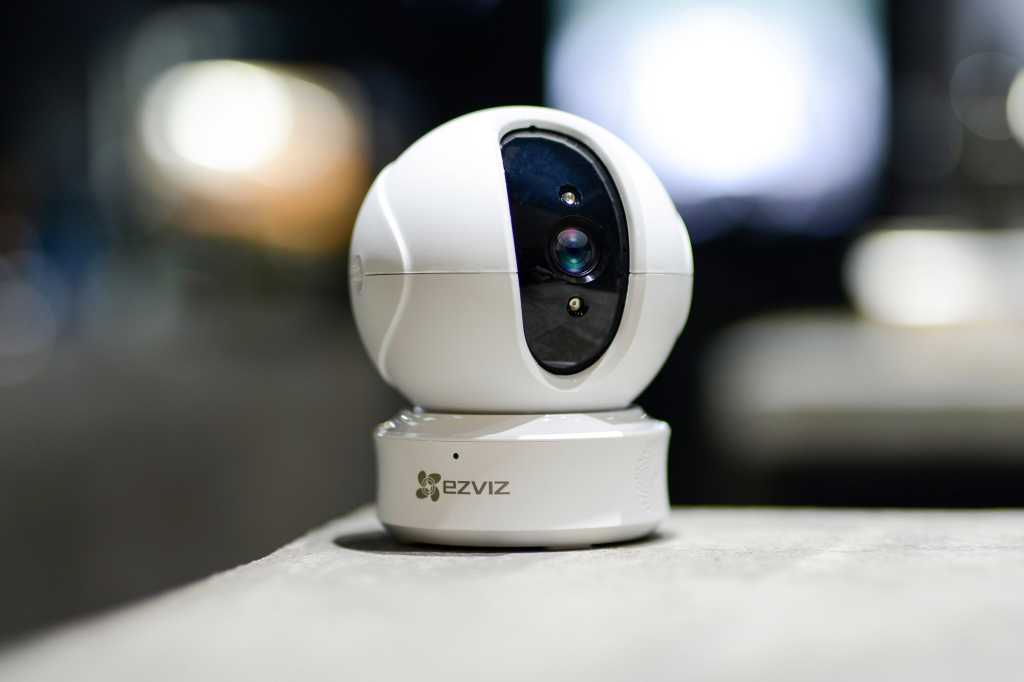 The EZVIZ C6CN Internet PT Camera is a solid option, if motion tracking and budget are priorities; but there are capable competing models you should check out as well.

The EZVIZ C6CN Internet PT Camera is an indoor pan-and-tilt security camera that can lock on to an intruder and follow their movements, potentially capturing more complete footage of a crime. The 1080p camera delivers fantastic video quality with comprehensive room coverage at an attractive price, but its most notable feature feels a little too shaky to trust completely in the event of an actual break-in. Its bounty of other security features, however, are rock solid.

The C6CN’s body is slightly bigger than a baseball and rotates 340 degrees on its base. The camera itself tilts within this enclosure 120 degrees. You can control its pan-and-tilt feature from the app or set it to automatically track motion. That, paired with the camera’s 94-degree viewing angle, should provide full coverage without blind spots in just about any room.

The camera provides essential security features including motion detection alerts and night vision. Although it does not detect audio events, you can listen in on the environment and engage in two-way conversations with the help of an onboard mic in the front of the unit and a speaker in back. When you’re home, you can activate a privacy shutter to cover the lens.

The EZVIZ C6CN offers multiple storage options for captured video: You can save clips locally to a microSD card (up to 256GB, but you’ll need to provide the card), or to the EZVIZ NVR (network video recorder, sold separately for $230). Encrypted cloud storage is also available: A seven-day storage plan costs $6 per month or $60 annually, while 30 days of storage costs $11 per month or $110 annually. Other plans are available if you want to support more than one EZVIZ camera (up to four).

The camera’s base lets it sit freely on any flat surface, but hardware and a mounting template are also included if you want to attach it to a wall or ceiling. Once you’ve positioned the camera and plugged it in, the bulk of the setup takes place in the EZVIZ app. After scanning a QR code on the camera, the app has you login to your Wi-Fi network and a voice assistant confirms each step of the connection process. (The camera also has an ethernet port if you’d prefer to wire it to your router.)

The camera connected to my Wi-Fi without any hiccups and within a few moments, a screenshot of my living room appeared on the app’s device page. Tapping the image opened the C6CN’s live stream. The layout here mirrors that for other EZVIZ cameras, with basic camera controls, a video-history timeline, and deeper settings all easily accessible.

The first time I tapped the pan-and-tilt control it took a 360-degree picture of the room. Moving a few degrees at a time, it stitched together a succession of still shots and presented me with a panoramic photo that I could scroll through for a complete view.

Aside from revealing how messy the room was at the time, it also provided a quick way to see the whole scene in context, which can be incredibly handy if you’re trying to capture evidence of a crime. You can retake the 360-degree picture on demand by clicking the appropriate tab at the bottom of the screen.

You control the pan-and-tilt feature using an in-app directional pad. The camera moves smoothly and fairly quietly, though there is some delay between when you stop pressing the pad and when the camera stops moving. The latency is fairly minimal, though, and the camera stopped in the general position I was trying to get it to.

Motion tracking, which you must enable, will lock onto a moving object and follow it. The forensic benefits are pretty clear—an intruder can’t evade being recorded by simply moving out of frame. Though the camera’s movements in this mode are much more halting, the C6CN shadowed me pretty faithfully. There were a couple of variables that could trip it up though. 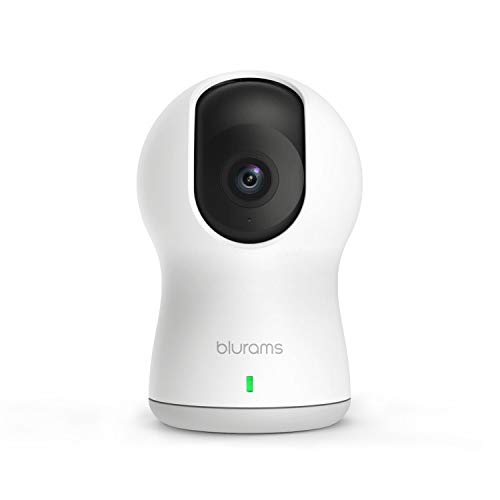 One was the amount of light in the room. As long as there was enough illumination, even if it only came from the camera’s excellent night vision, motion tracking was flawless. But when the light varied, such as one morning when my living room was well-lit by sunlight, but the adjoining kitchen was in heavy shadow, the camera would lose track of me as soon as I stepped into the darker area. It would then pick me up again only when I returned to the brighter room. I’ve used other motion-tracking cameras, including EZVIZ’s own CTQ6C pan-and-tilt camera, in similar lighting scenarios and haven’t encountered this issue.

Less surprisingly, the other scenario in which motion tracking had trouble was multiple moving bodies. If one of my pets and I were both in the room, the camera would lock on to whichever was closest to it and ignore the other one. That made for some herky-jerky video as we both moved around the room, so it’s easy to imagine the havoc it would cause if you were unfortunate enough to be visited by two intruders at the same time.

Whether or not I was using motion tracking, the camera’s motion detection alerts were always accurate and delivered with a snapshot of the triggering person or pet. The app offers several ways to modify the frequency of notifications, including scheduling—you can set up to four time blocks per day when motion detection and recording is active—detection sensitivity adjustment, and customizable motion detection areas.

This last feature, which lets you mask in the areas you want monitored for movement, can’t be used with motion tracking as it requires a fixed camera angle to work.

The C6CN is fleshed out with a few smart-home capabilities. If you have an Amazon Alexa or Google Assistant smart display, you can use voice commands to display the camera’s live feed on that device. You can also activate a few IFTTT applets, available in the app, that will enable automations such as putting the camera into privacy mode when you arrive home and turning on your WeMo switch when the camera detects motion.

Motion tracking is a fairly premium security feature, so the fact that you can get it at such an affordable price makes the EZIVZ C6CN worth considering. It is not, however, the only budget-friendly option out there. The Blurams Dome Pro is a pan-and-tilt camera that also features motion tracking—plus human detection and facial recognition—for a comparable price.

And though the older EZVIZ CTQ6C has been removed from the company’s website, that camera was still available on Amazon at press time for about the same price It offers virtually the same set of features, but I its motion tracking worked better for me. It’s worth investigating all three before making a final decision.