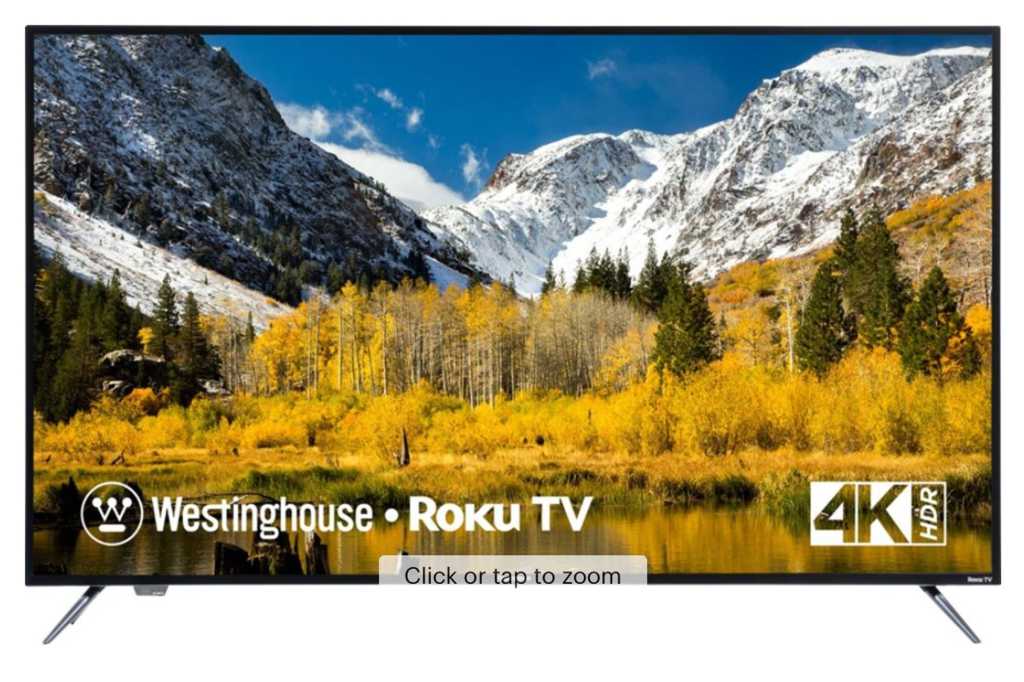 The price of 4K TVs just keep dropping, but we don’t know how long today’s deal is going to stick around. Best Buy is selling a 58-inch Westinghouse LED 4K UHD TV with Roku built in for just $290Remove non-product link, nearly half off its $500 list price and a crazy price for that much television.

[ Want more great deals? Check out TechConnect, our home for deals hand-picked by the PCWorld, Macworld and TechHive editors. ]

This 4K UHD LED is equipped with HDR for a stellar picture as well as Dolby Audio for killer sound without an amplifier. in addition, built-in Roku brings all your streaming services and other sources of television into one place without the need for extra hardware, with a user-friendly navigation system and all of Roku’s handy features. And of course, you can use the connected Roku mobile app on your phone to search and control using just your voice.

We haven’t reviewed this TV, but the 68 Best Buy shoppers who reviewed it are very happy, giving it a rating of 4.7 out of 5, including 53 five-star reviews.