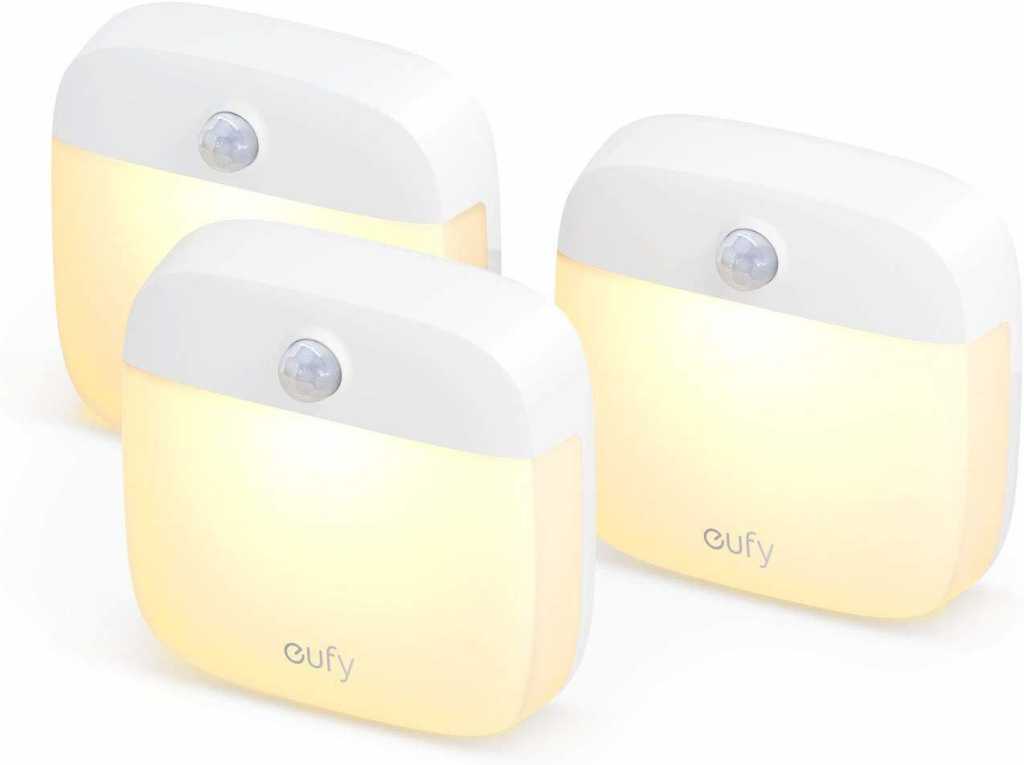 Stumbling around in the dark is never fun, but flipping on a bright light in the middle of the night isn’t much fun either. But there’s an easier solution than pulling out a flashlight, and the next time you head to the kitchen for a midnight snack, you’ll thank yourself for thinking ahead. Today, a three-pack of the Eufy Lumi stick-on lights is just $11.89Remove non-product link on Amazon, down from a list price of $17 and the cheapest we’ve seen them.

These lights use an adhesive backing to stick to your walls, and with three in the set, you can stick them in hallways, the bathroom, or anywhere else you frequent in the dark. Built-in motion sensors, with a 120-degree field of view, will pick up when you’re on the move, and will turn the lights on only when you’re walking around, so they don’t waste energy. The light itself is soft and won’t hurt your eyes even when they’re coming out of total darkness. In addition, these lights are AAA battery-powered (batteries not included), so you won’t have cords to trip on as you walk around.

These lights average 4.6 stars out of 5 on Amazon across nearly 150 user reviews.